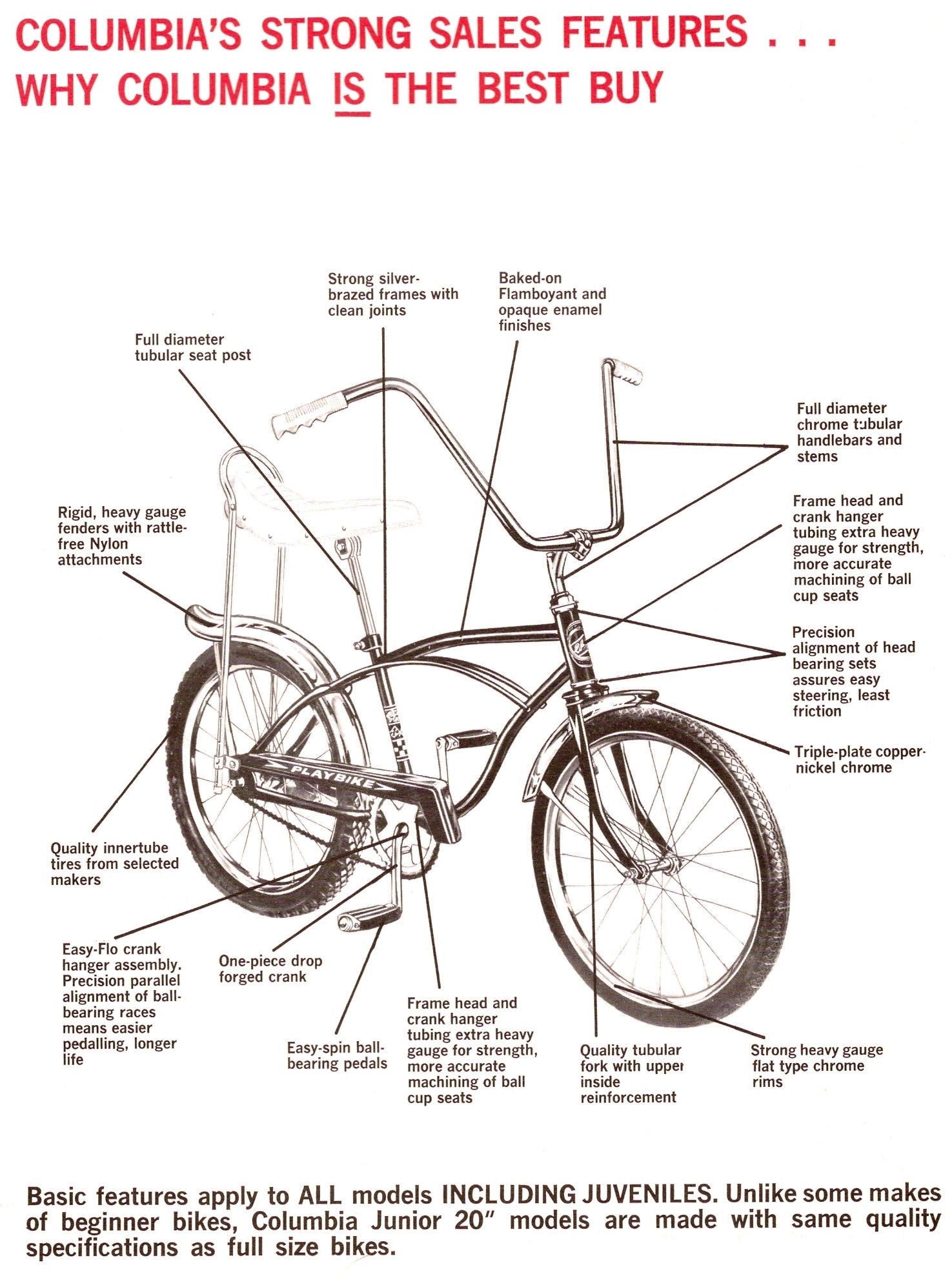 In more recent years the term “MUSCLE BIKE” was coined since these bikes were the hot rods of their day just as the high performance muscle cars of the same era were.

Just what were these bikes? A common factor was they were all low slung machines, most with 20” wheels. All had the elongated banana seat with sissy bars of varying heights. They had high rise handlebars styled after the “APE HANGER” bars found on chopper style motorcycles of their day. They had a variety of features to resemble the fast cars of the day like stick shifts and wide rear tires that were often smooth treaded or “slicks”. The front tires were skinnier and sometimes a smaller diameter. A cross between a chopper motorcycle and a muscle car is what they really were.

The low stance made them perfect for drag races or locking up the rear brake to put them into a skid. They were the best “wheelie” machines on two wheels. Just a little practice and you could ride down the street on just the rear wheel. In the days before BMX bikes these were the only bikes made for doing stunt riding. You could even ride with a passenger with the extra long seat.

Many of the bicycle companies made this style bike. There was the ROSS APOLLO, RALEIGH CHOPPER, IVERSON DRAGSTER, SEARS SCREAMER and of course the SCHWINN STINGRAYS and KRATE BIKES. These are to name just a few.

Here though the focus is on the Columbia muscle bikes. The most common name was the “PLAYBIKE” and that name is implied for most of the 20” wheeled banana bikes they made. The first bike of this style they made in 1965 was not called PLAYBIKE at all but PLAYBOY. This led to a lawsuit by the men’s magazine of the same name and the name was changed to PLAYBIKE in 1966. As the years progressed more and more aggressive styling brought out crazier designs. This brought about lines like THE DILLY, the MACH series and the LONGBOY’s. 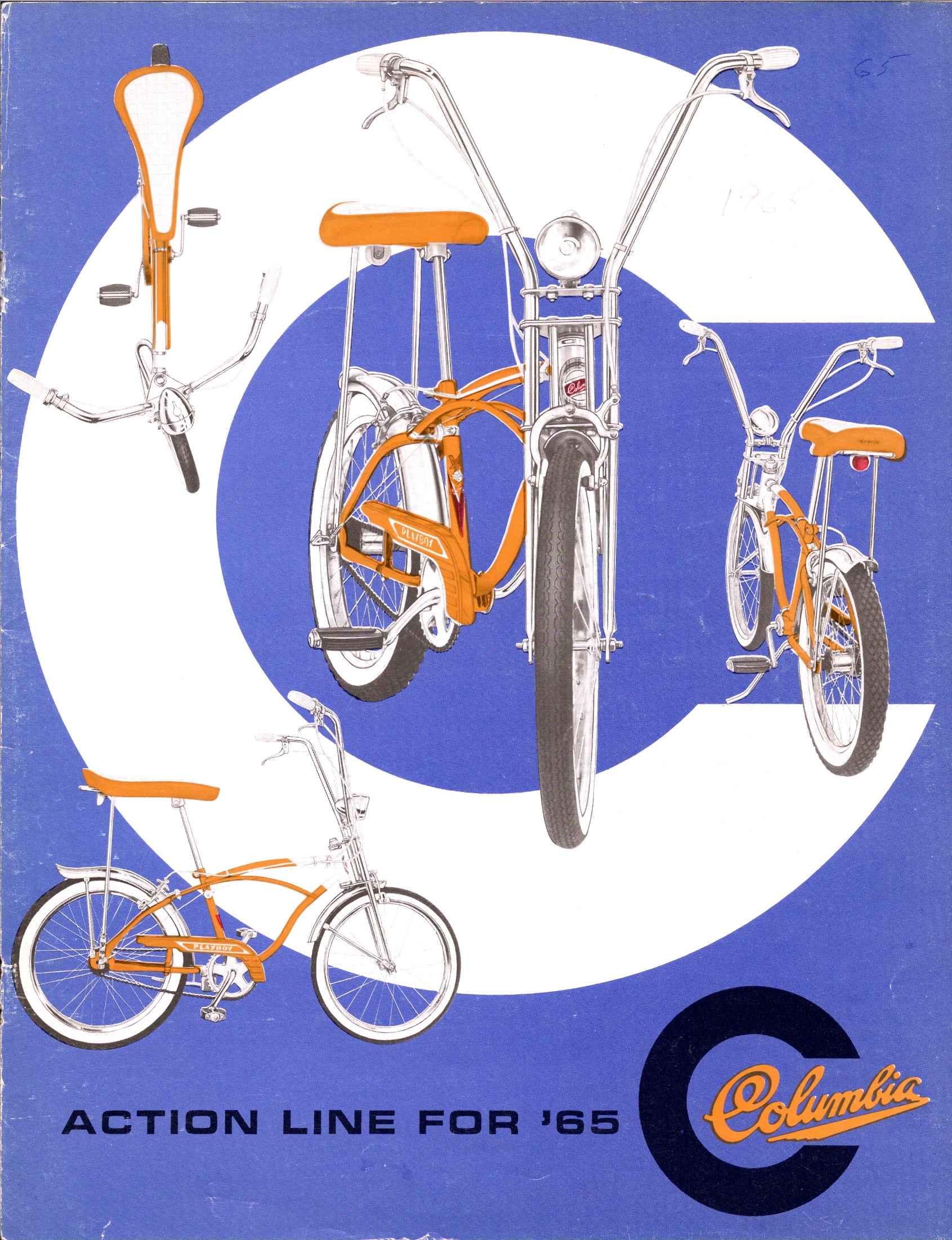 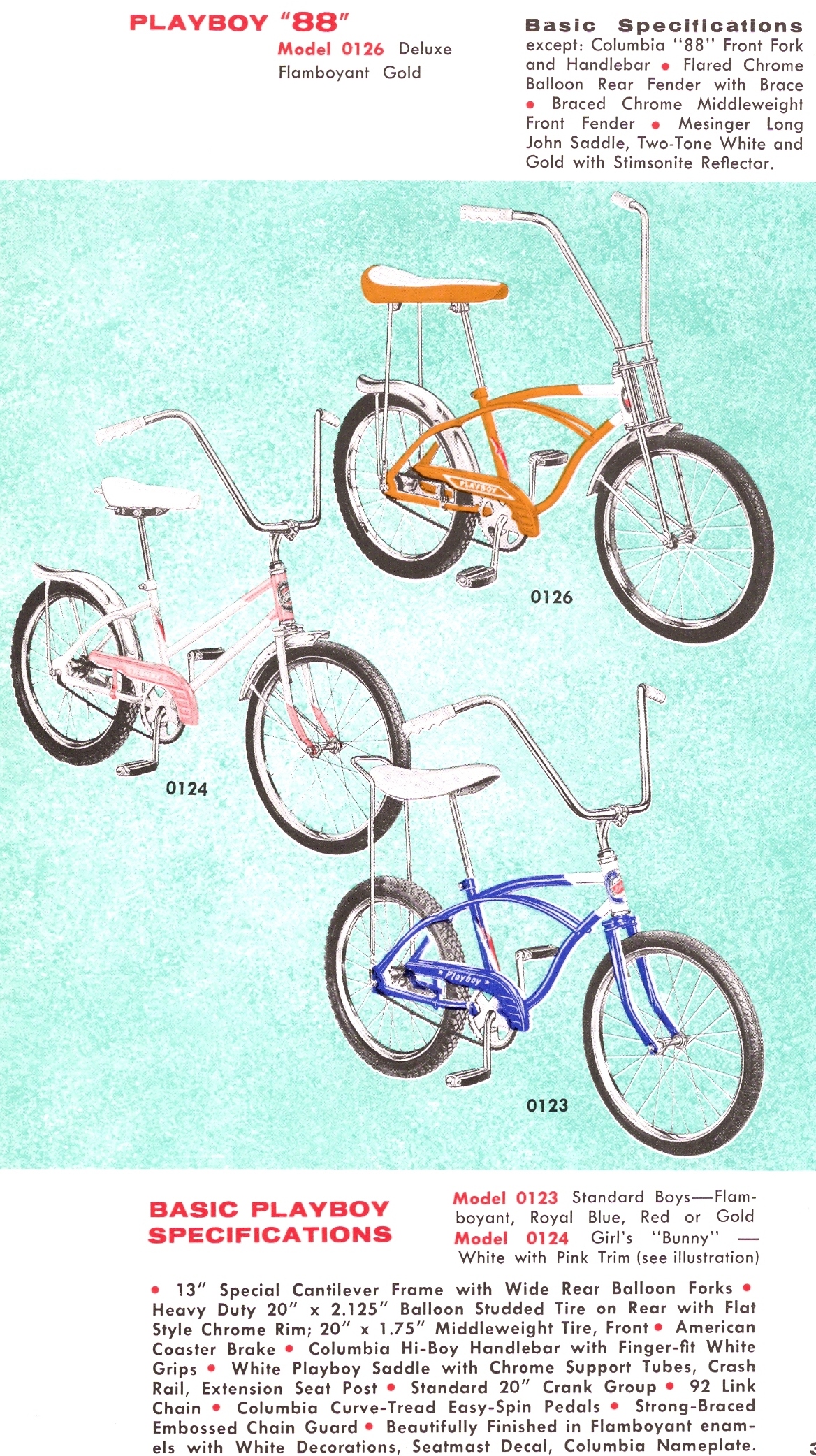 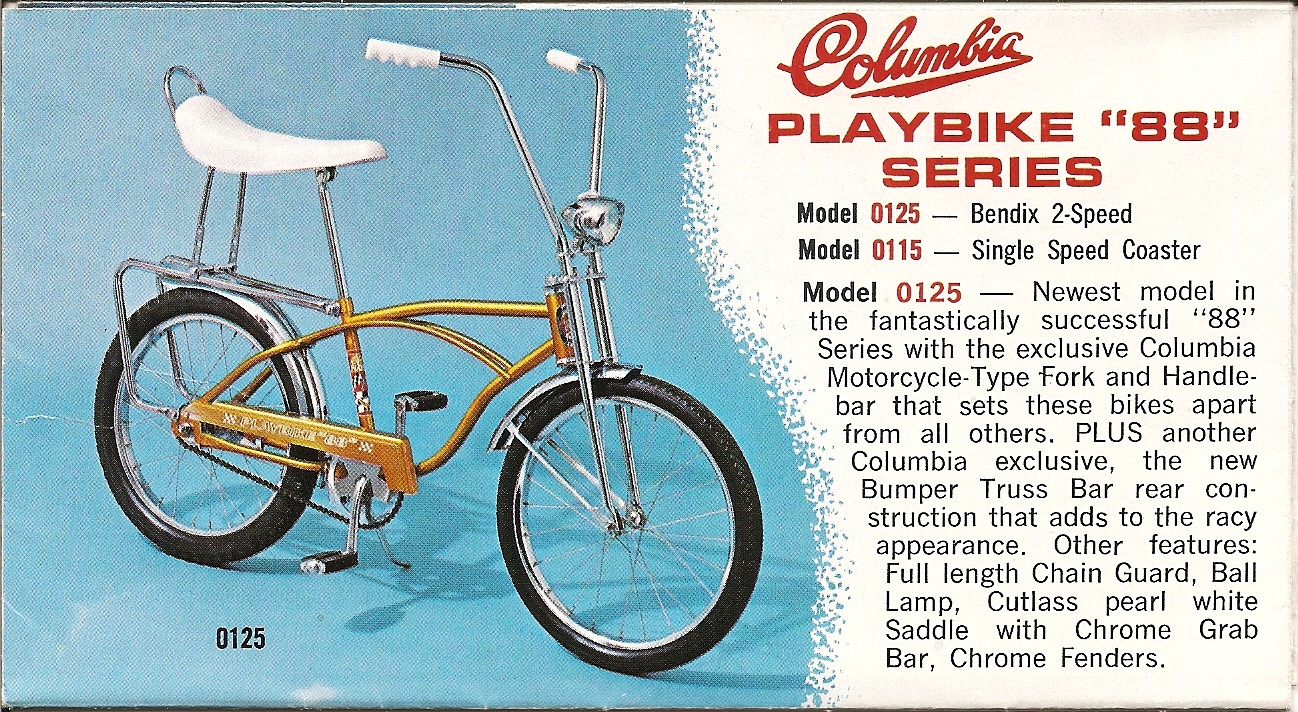 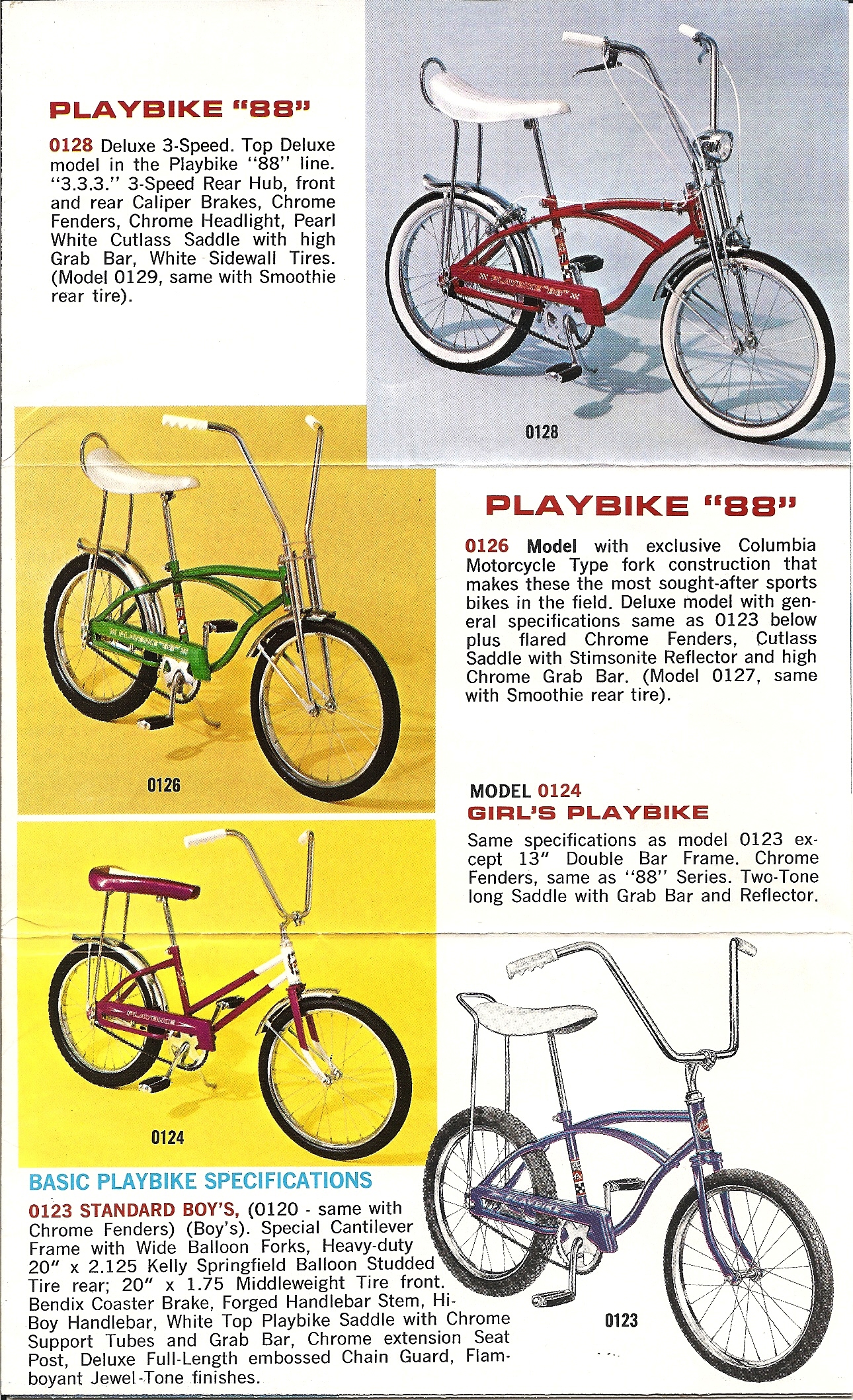 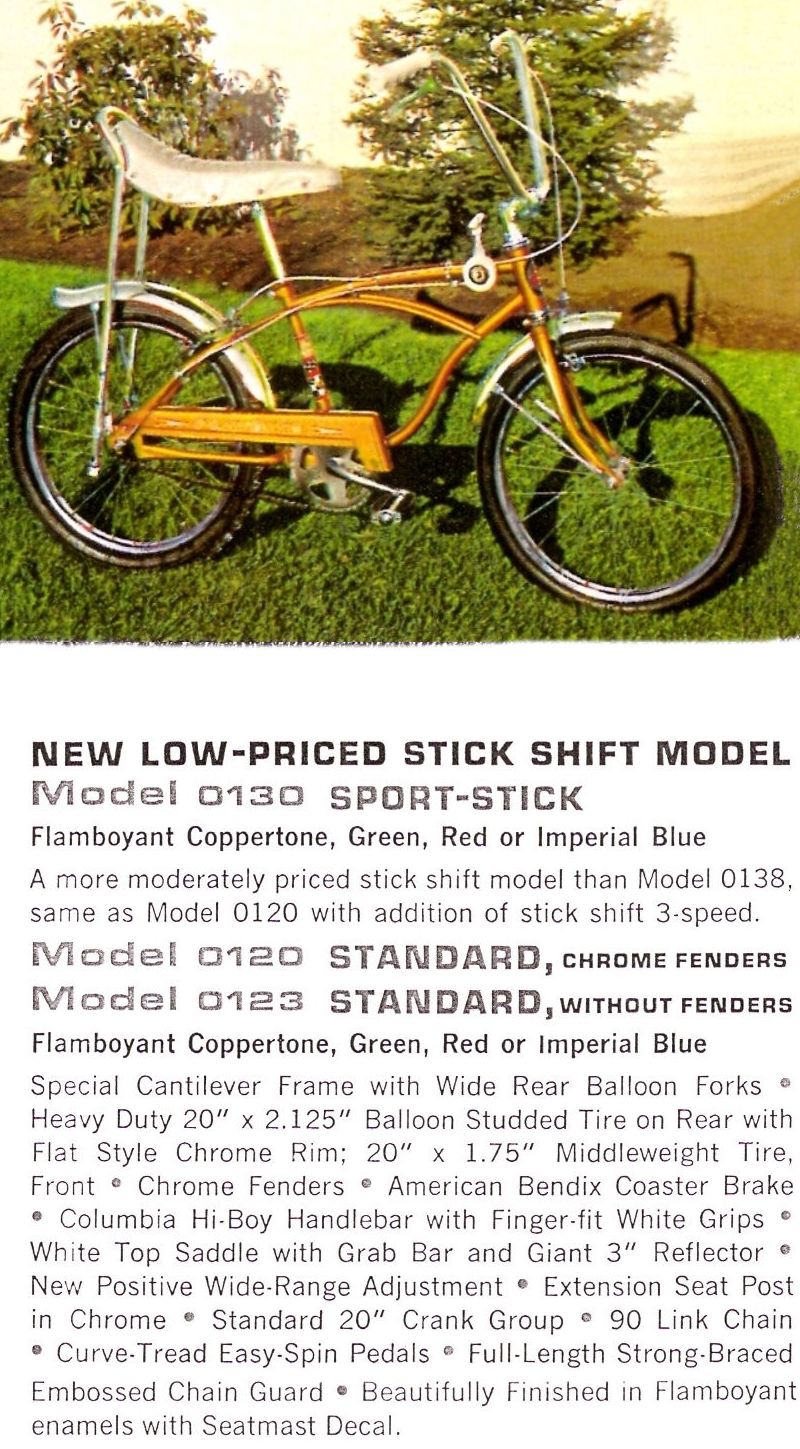 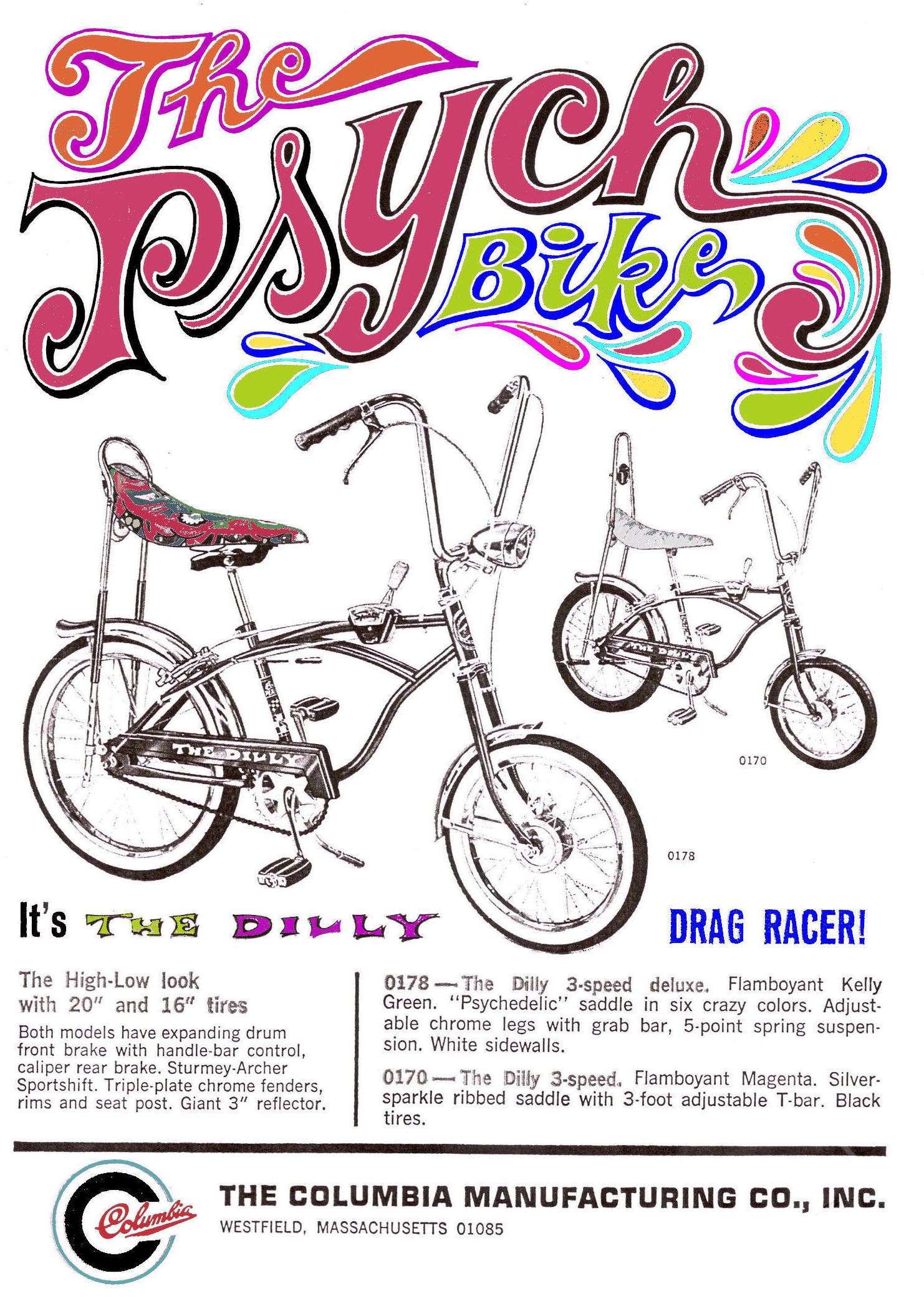 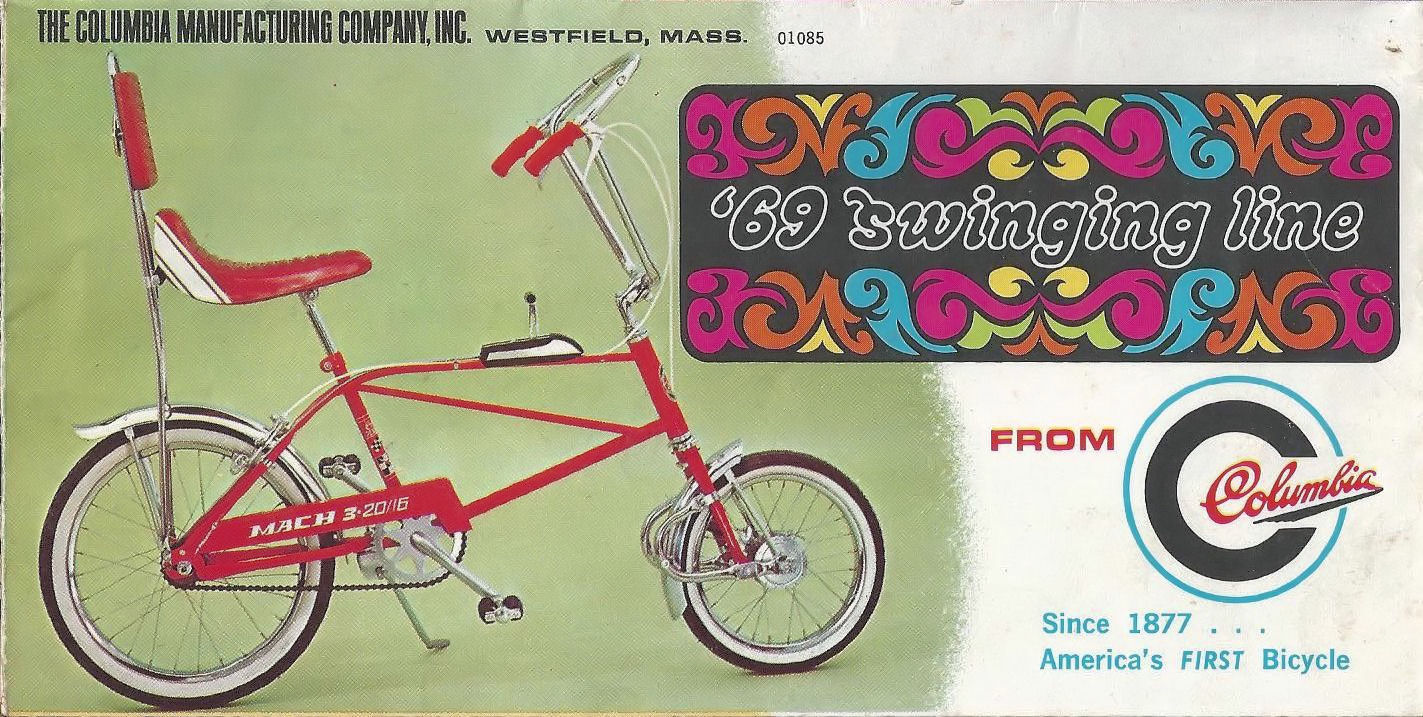 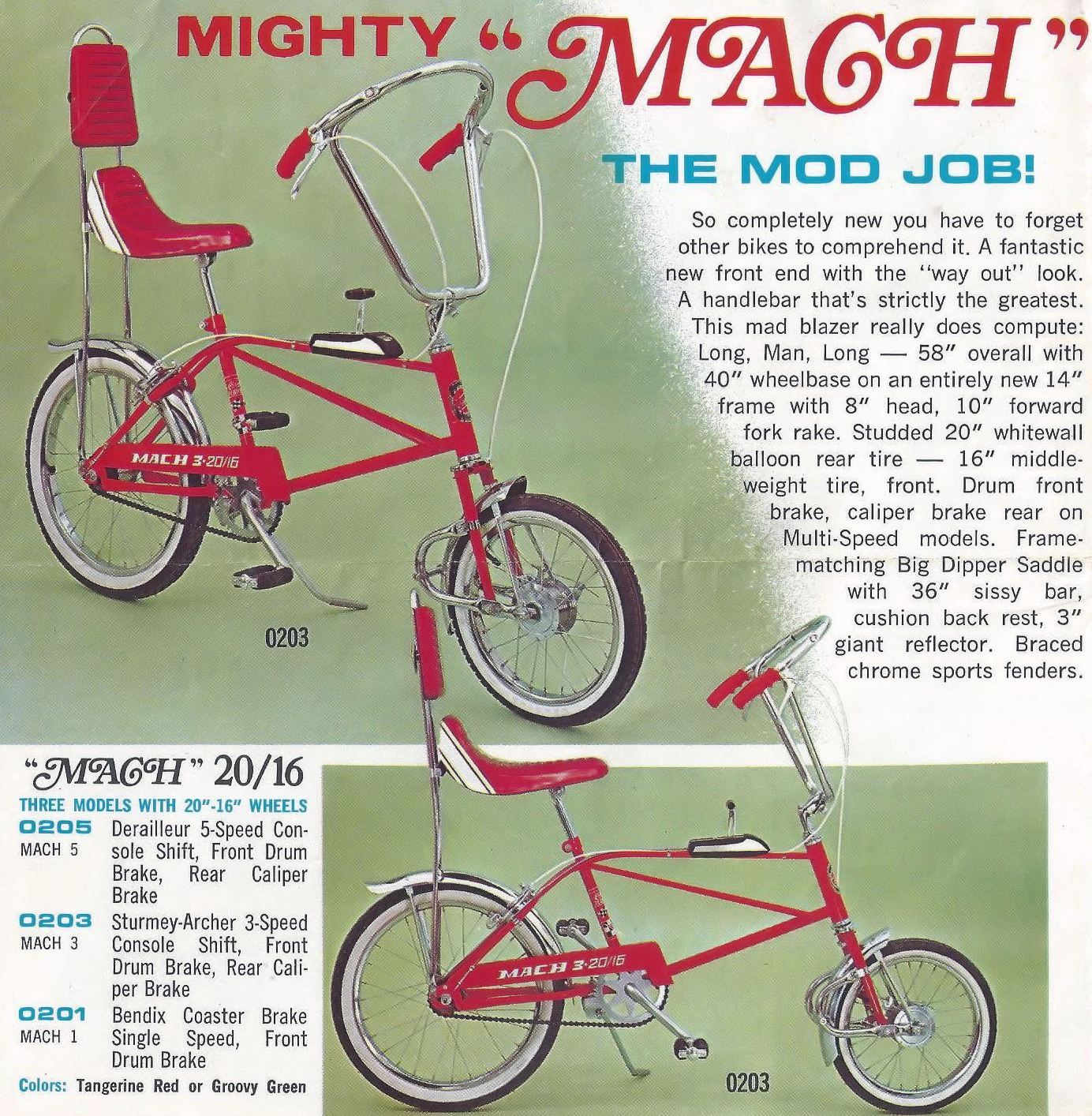 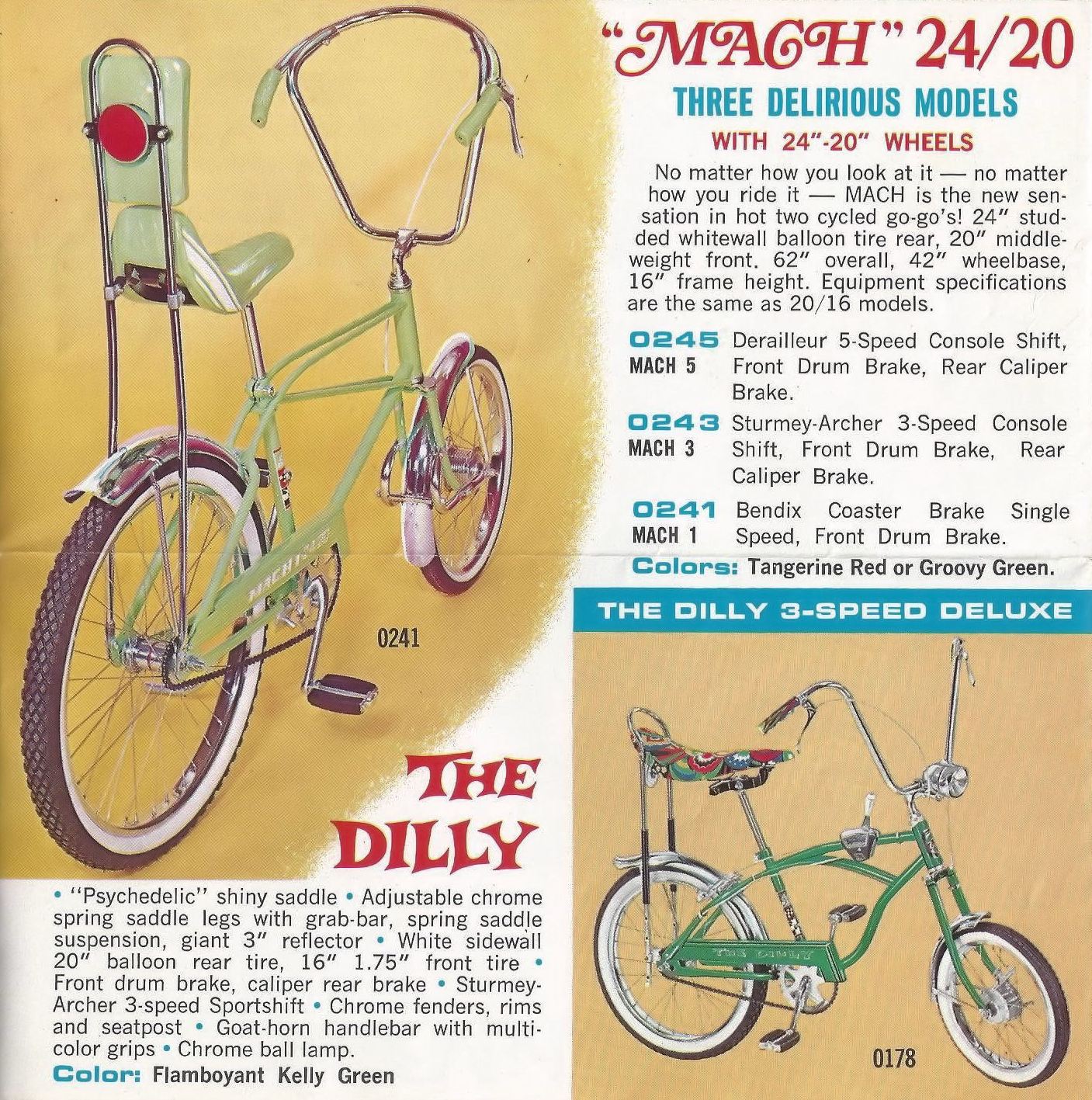 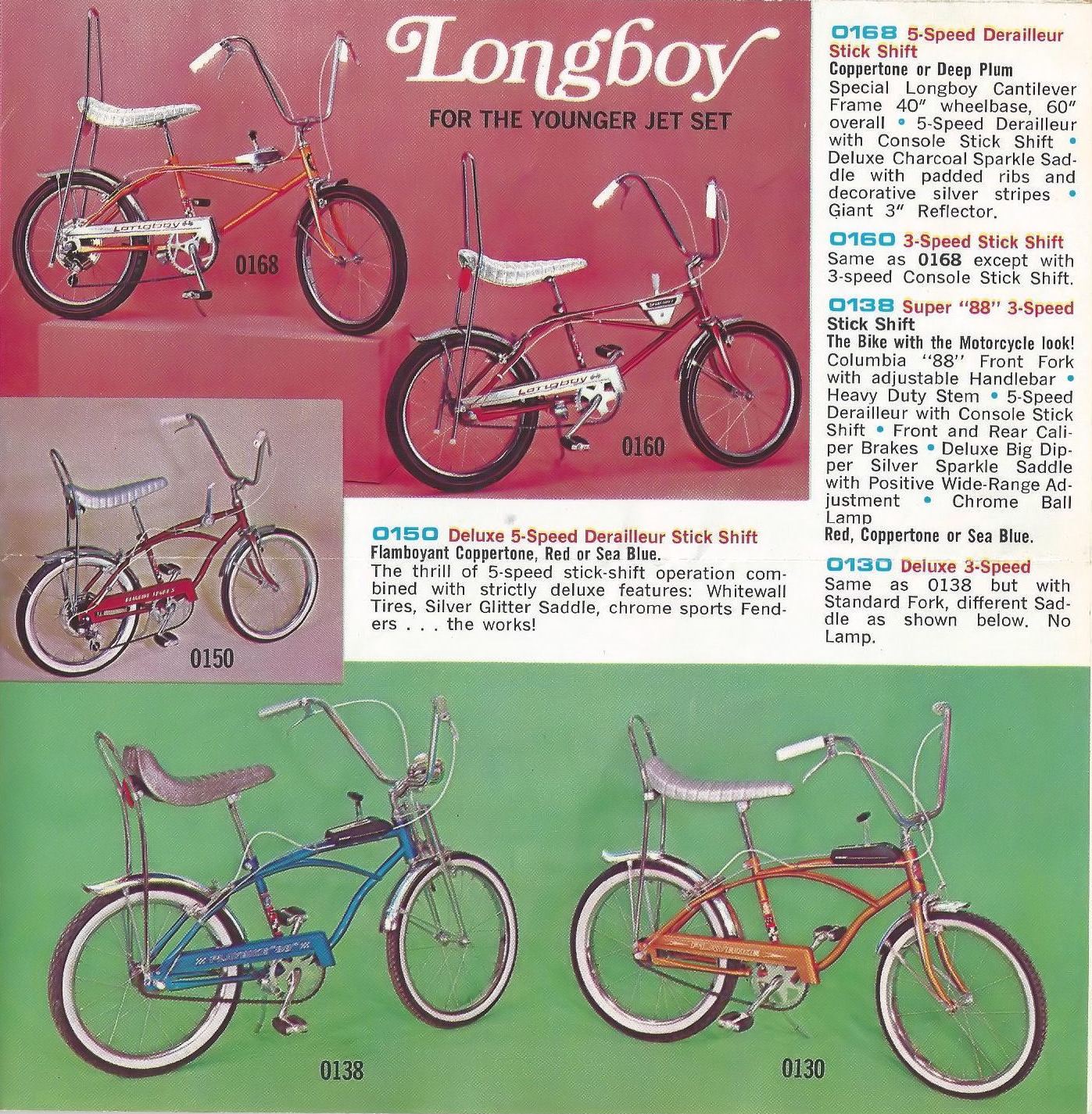 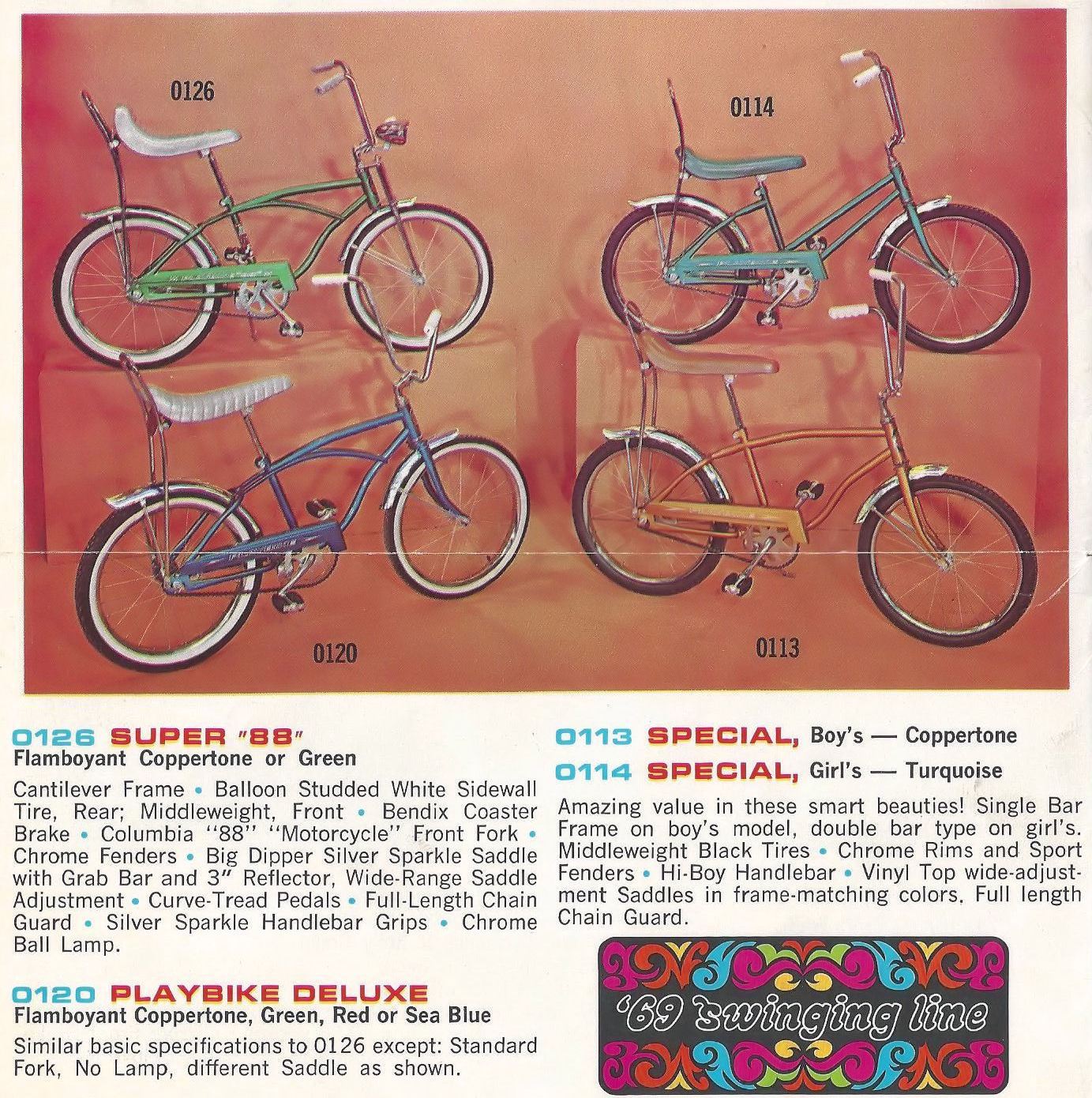 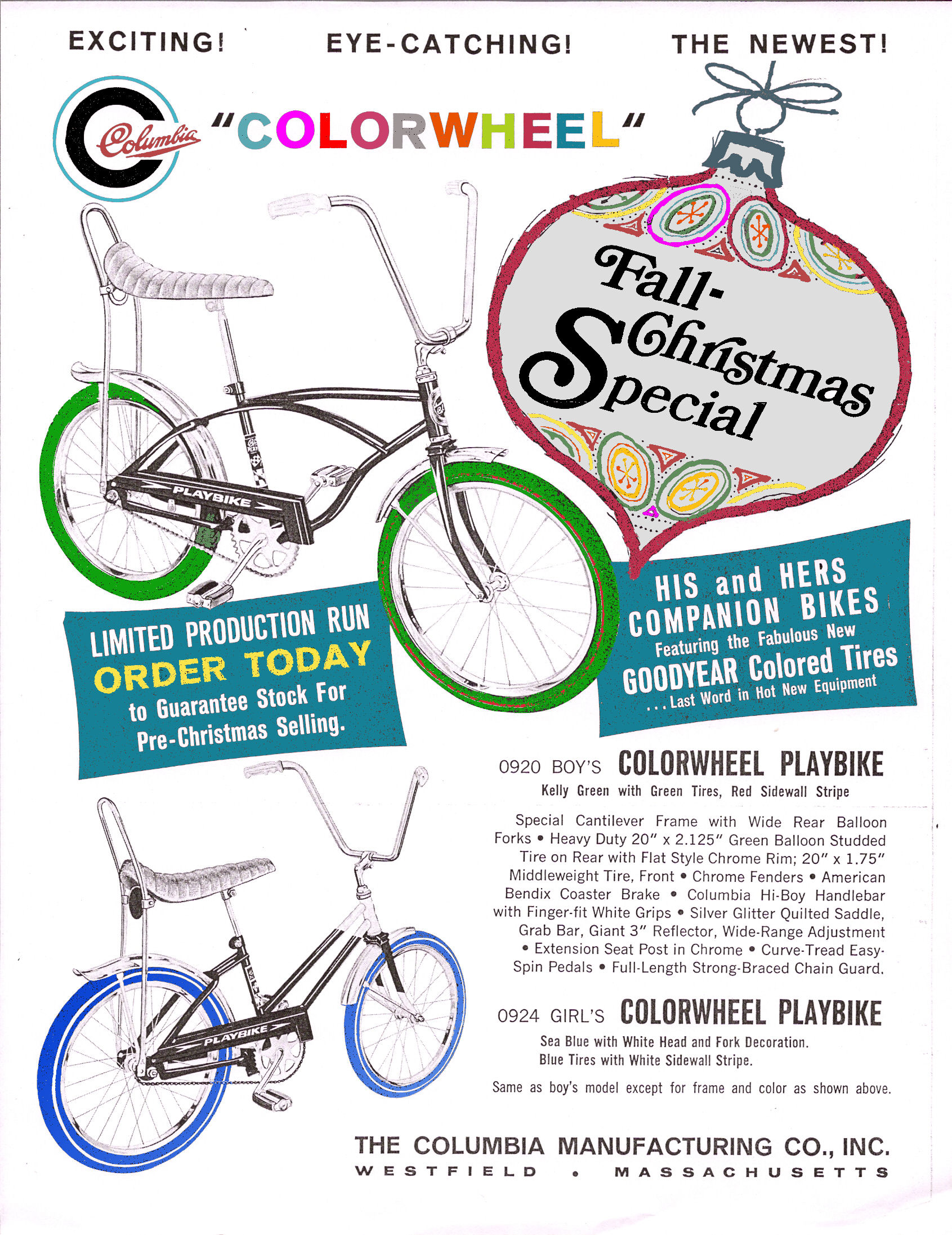 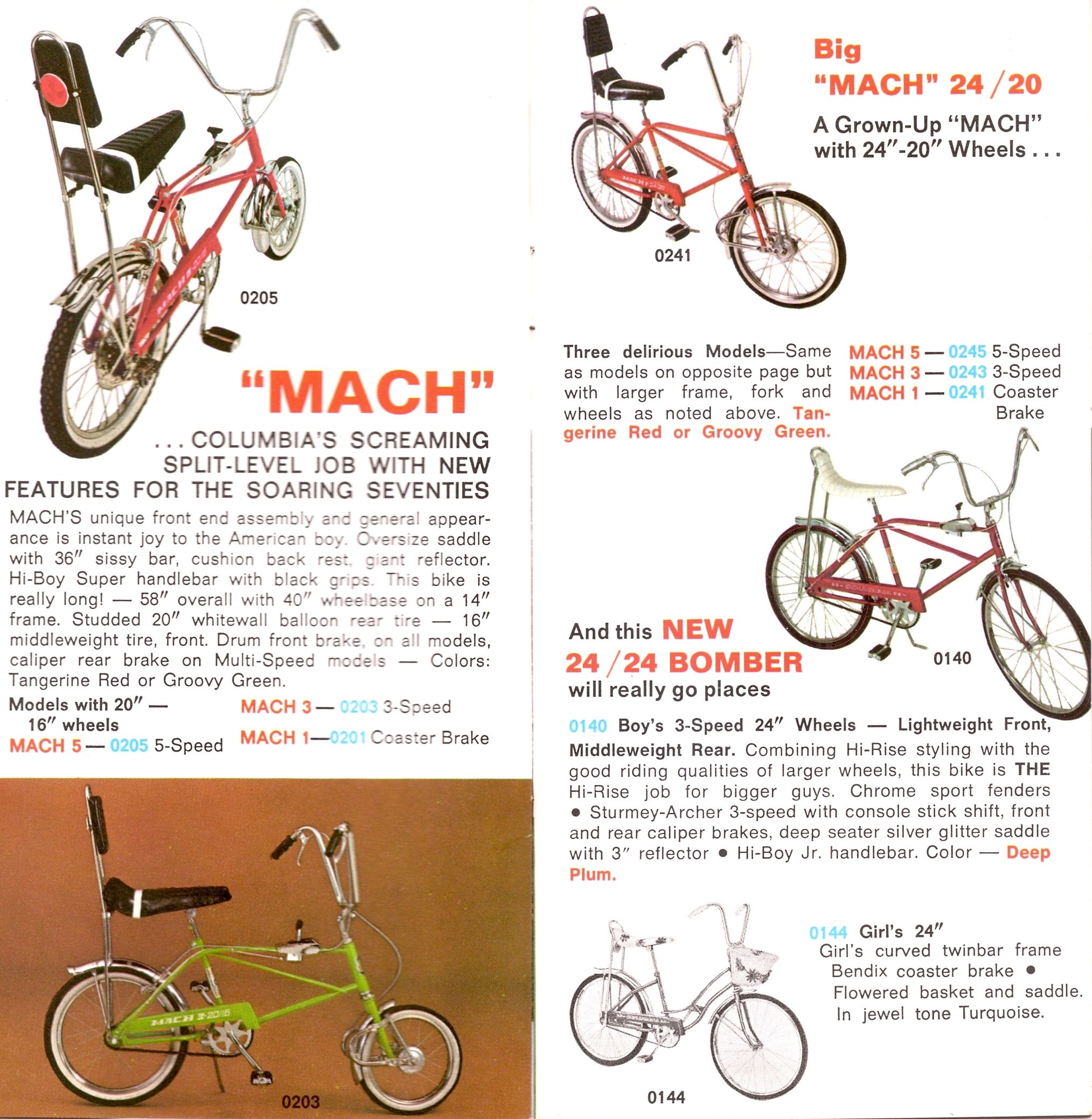 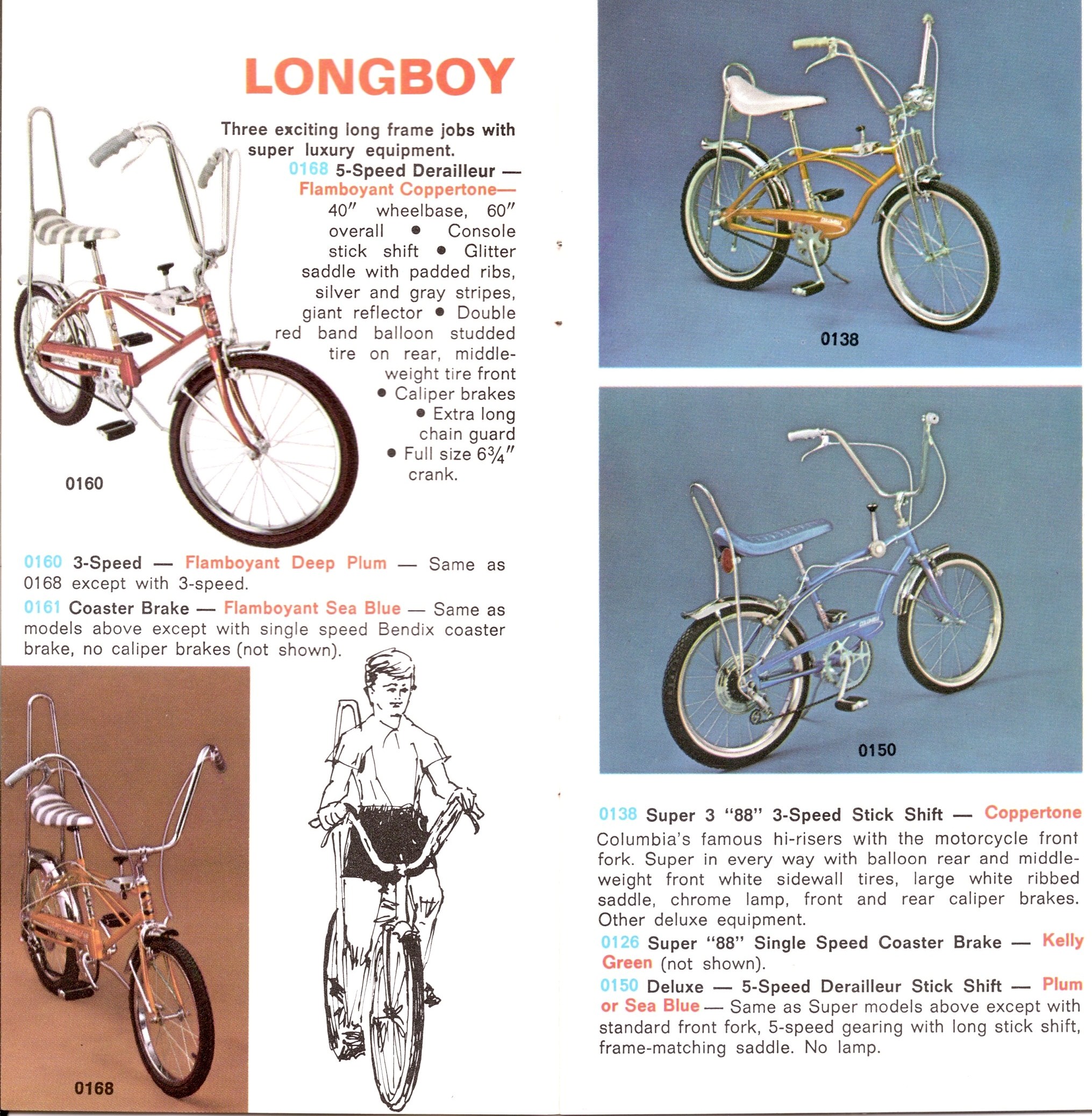 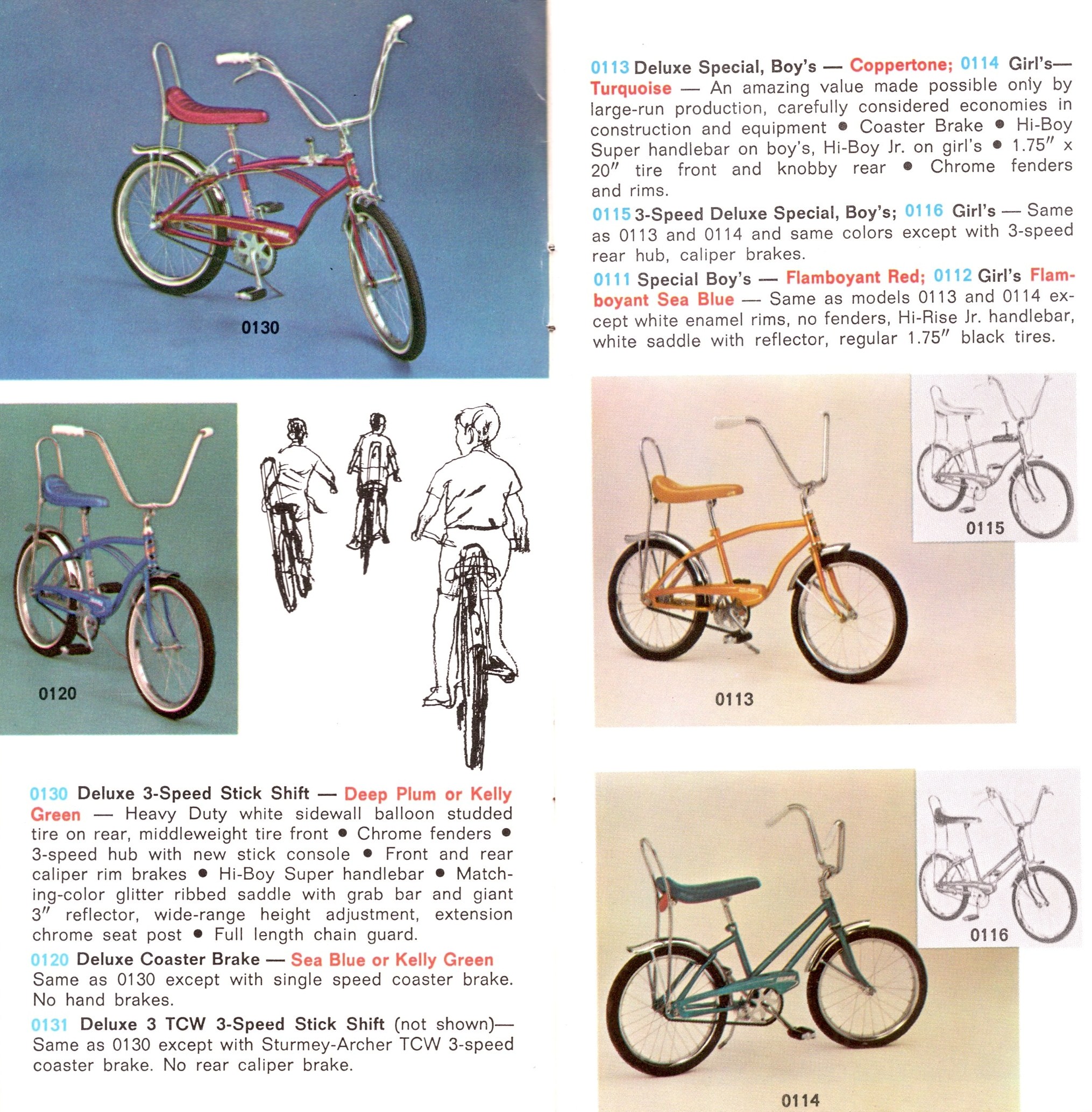 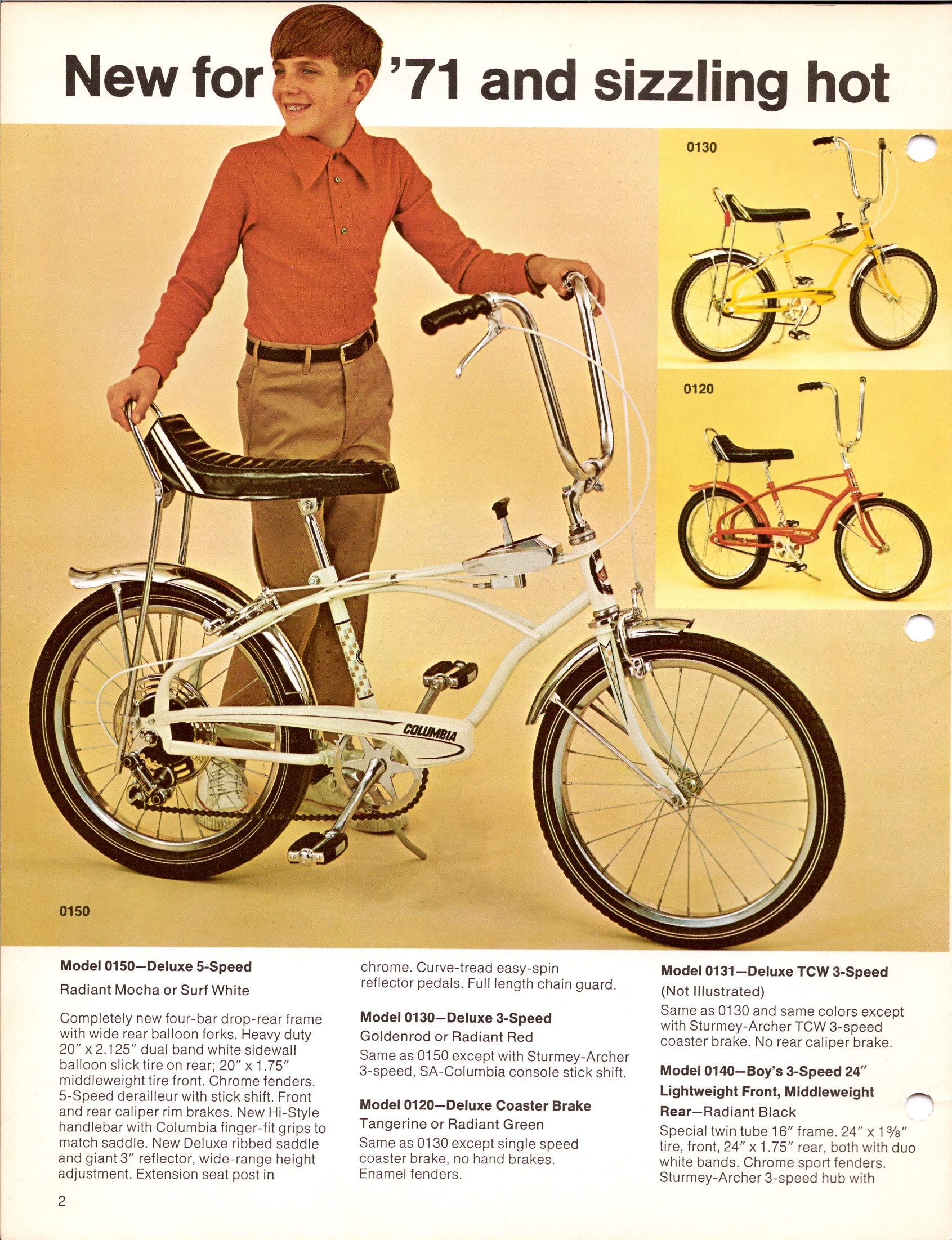 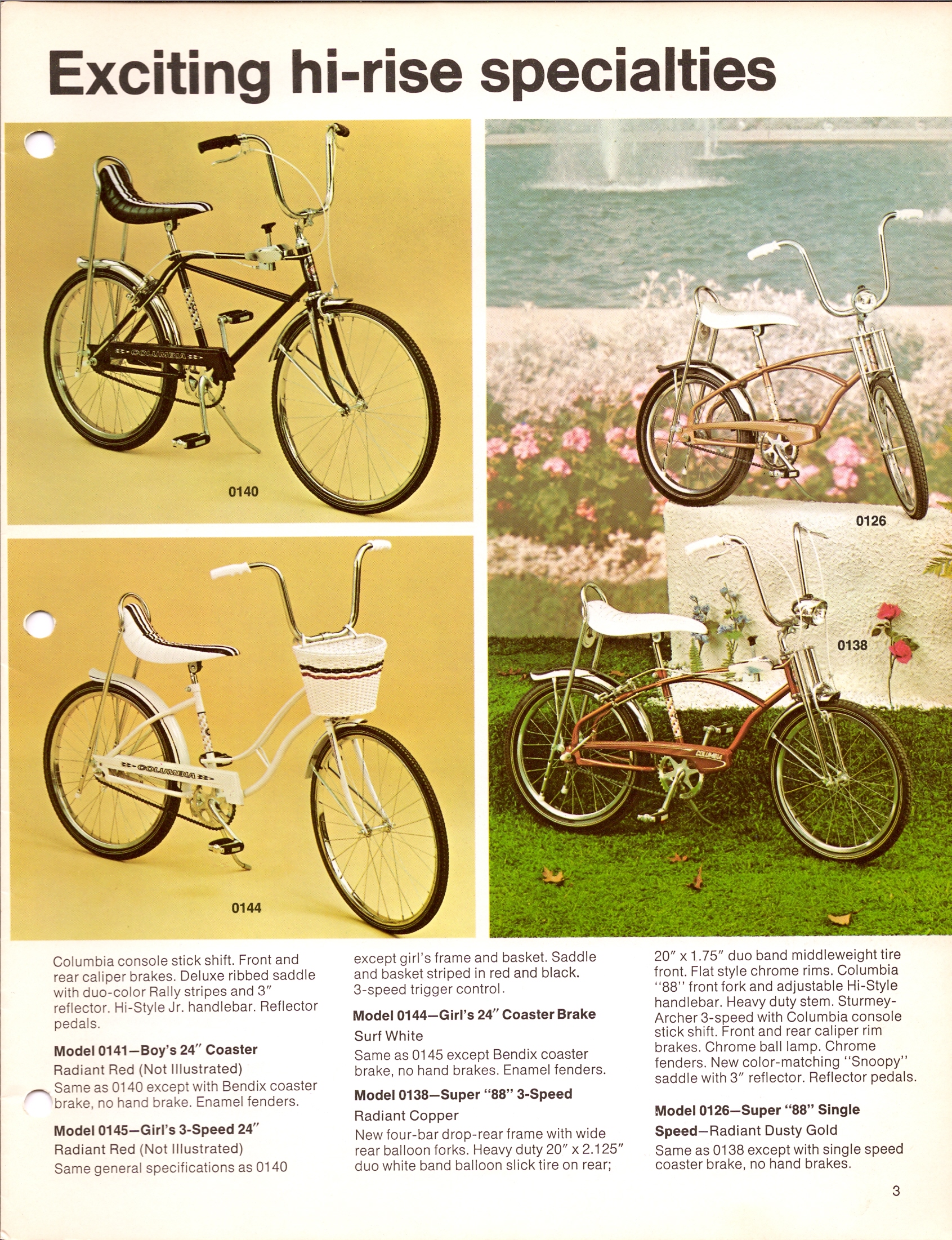 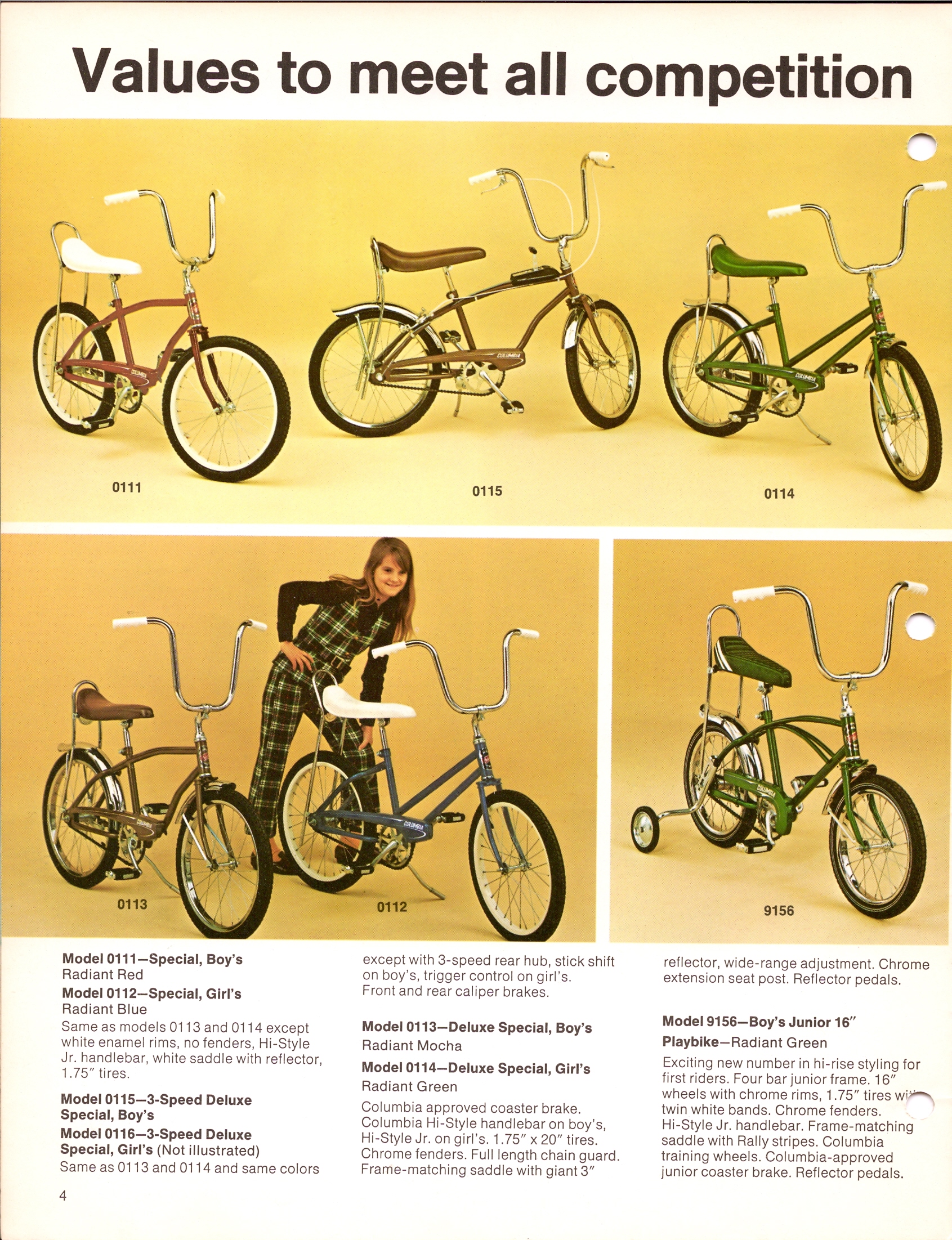