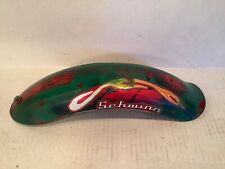 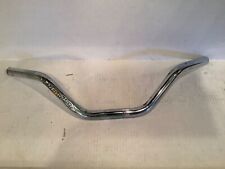 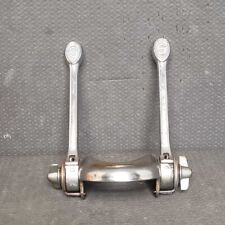 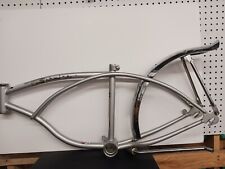 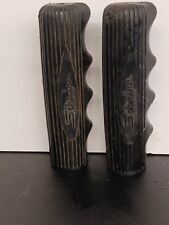 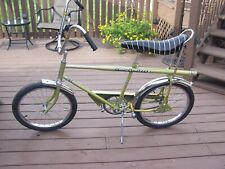 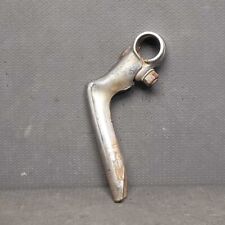 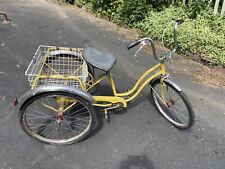 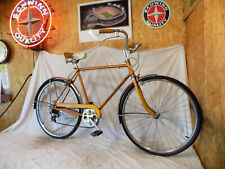 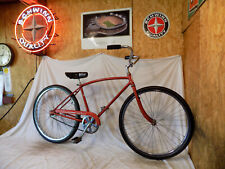 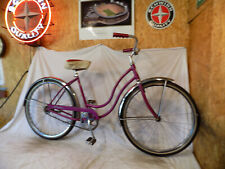 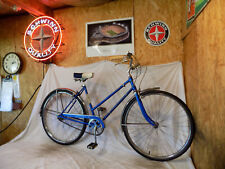 I sold off two very nice, vintage English bikes at the start of November and figured that was my "good deed" around the house for awhile. I had, for some time, filled the back of the garage with my bicycles, and the Mrs. had at last reached the point that an ultimatum was set down and a couple had to go. So off they went - a 1951 Raleigh Clubman and a 1930s-40s Phillips rod brake.

As luck would have it, one of the eBay sellers who auctions old bikes off in fair volume came up with a very nice 1964 Schwinn Traveler for sale. The tall frame caught my eye, and so back into the tank I went. The project arrived last week, and I've been at it a little each evening ever since. The bike is now apart in my basement, and the process of cleaning the parts has begun. It is quite original and in very good condition overall. 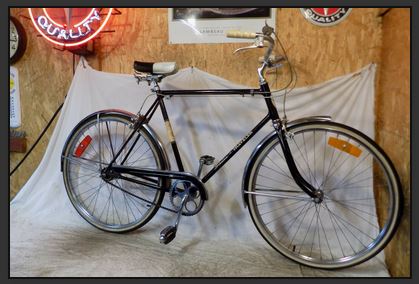 I cleaned and went over the Sturmey AW rear hub last weekend. All bearings and bearing surfaces look very good. The cones actually indicate very low mileage because they have not been fully "worn in" by use. The bearing balls are clean, smooth, and shiny. There are some add-on reflectors on the wheels, and there is some wear to the brakes indicating there was some use, but I don't think this saw much mileage overall. 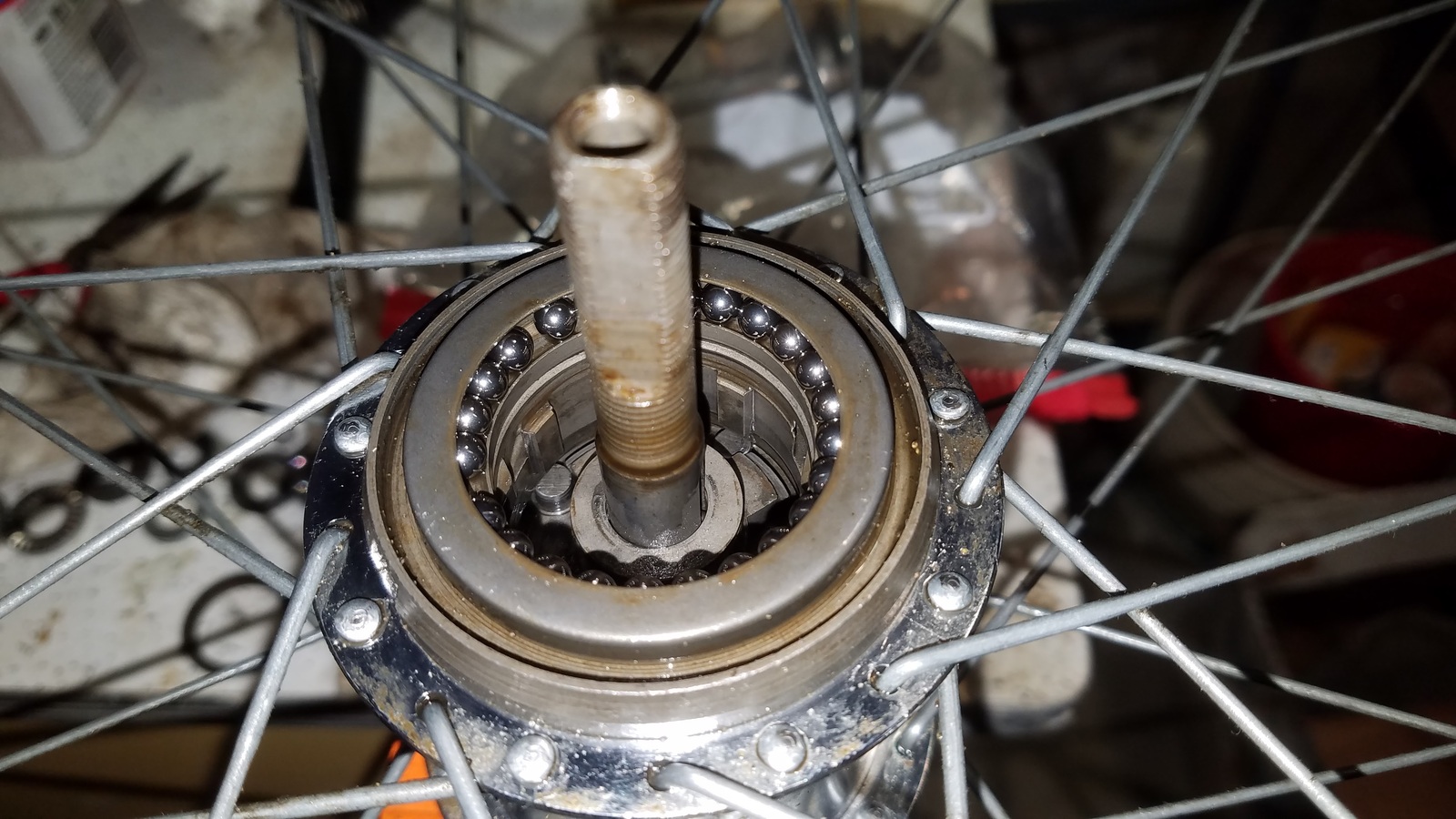 The wheel rims are very clean, with no dings or dents. There is no visible brake wear to the rims sides. The rim wells are rust free, which is a good indication of a well-stored bike. 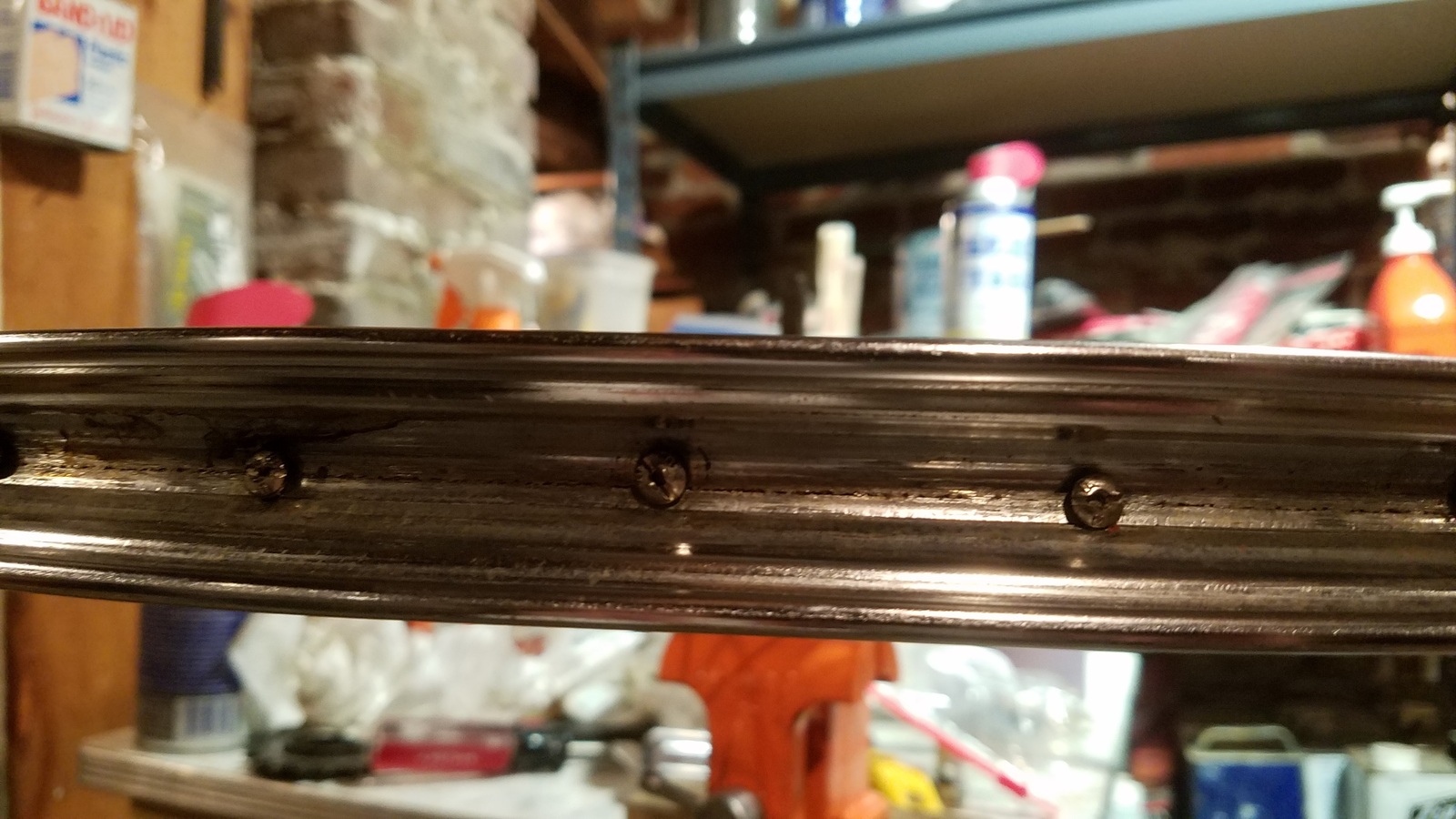 I also cleaned, polished, and greased the brake calipers. My appreciation of the Weinmann 810 type calipers has gone way up over the years. I kind of took them for granted at one time because of how common they were. But comparing them to other period equipment, they're lightweight, easy to get parts for, and they work fairly well. They're by no means a modern brake in terms of raw stopping power, but for their day, they were pretty good brakes when properly adjusted.

Below is a before and after with one caliper as-found and one already done. The polish I've used is Simichrome, followed by an acetone wipe-down to remove residue. 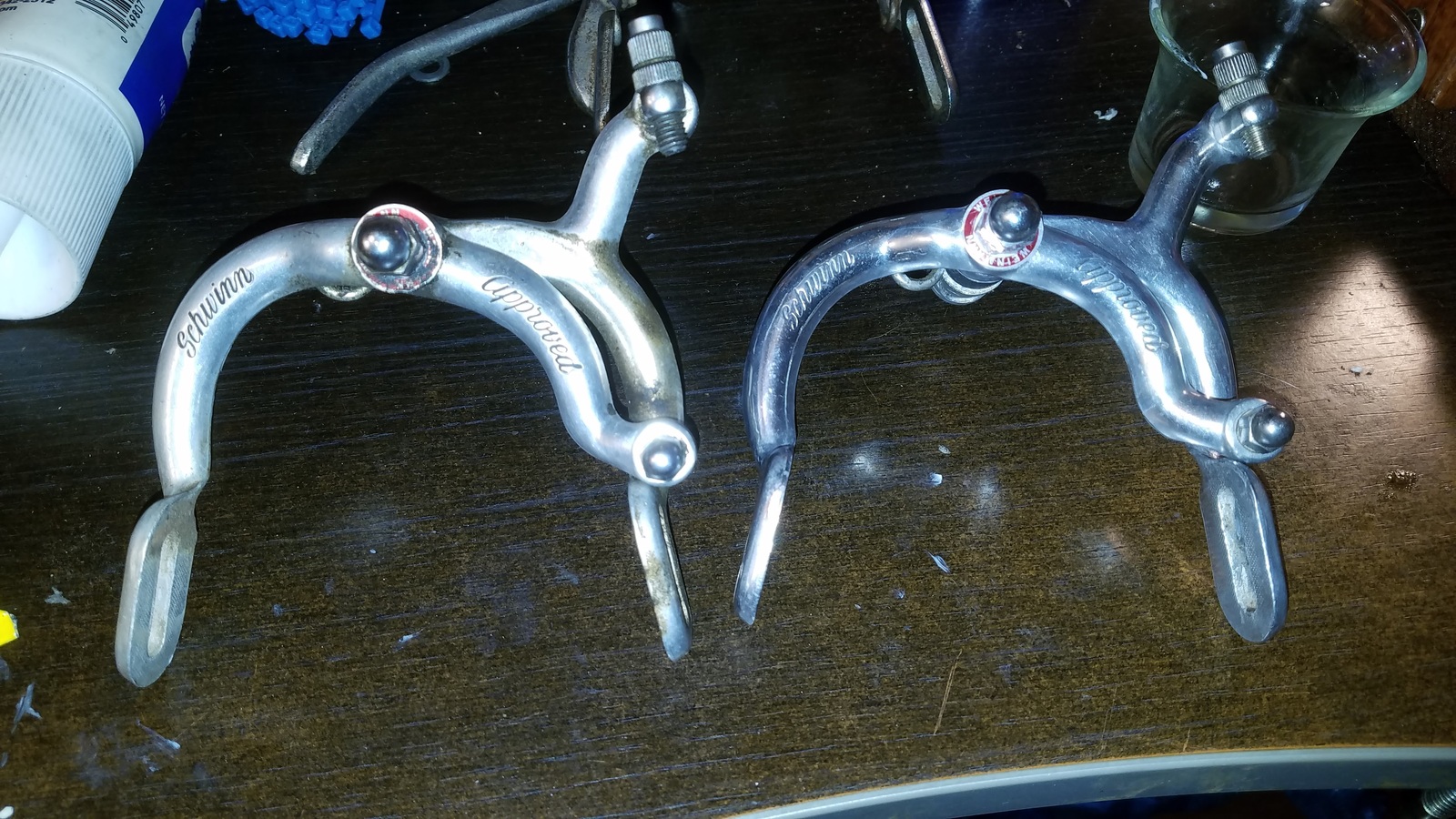 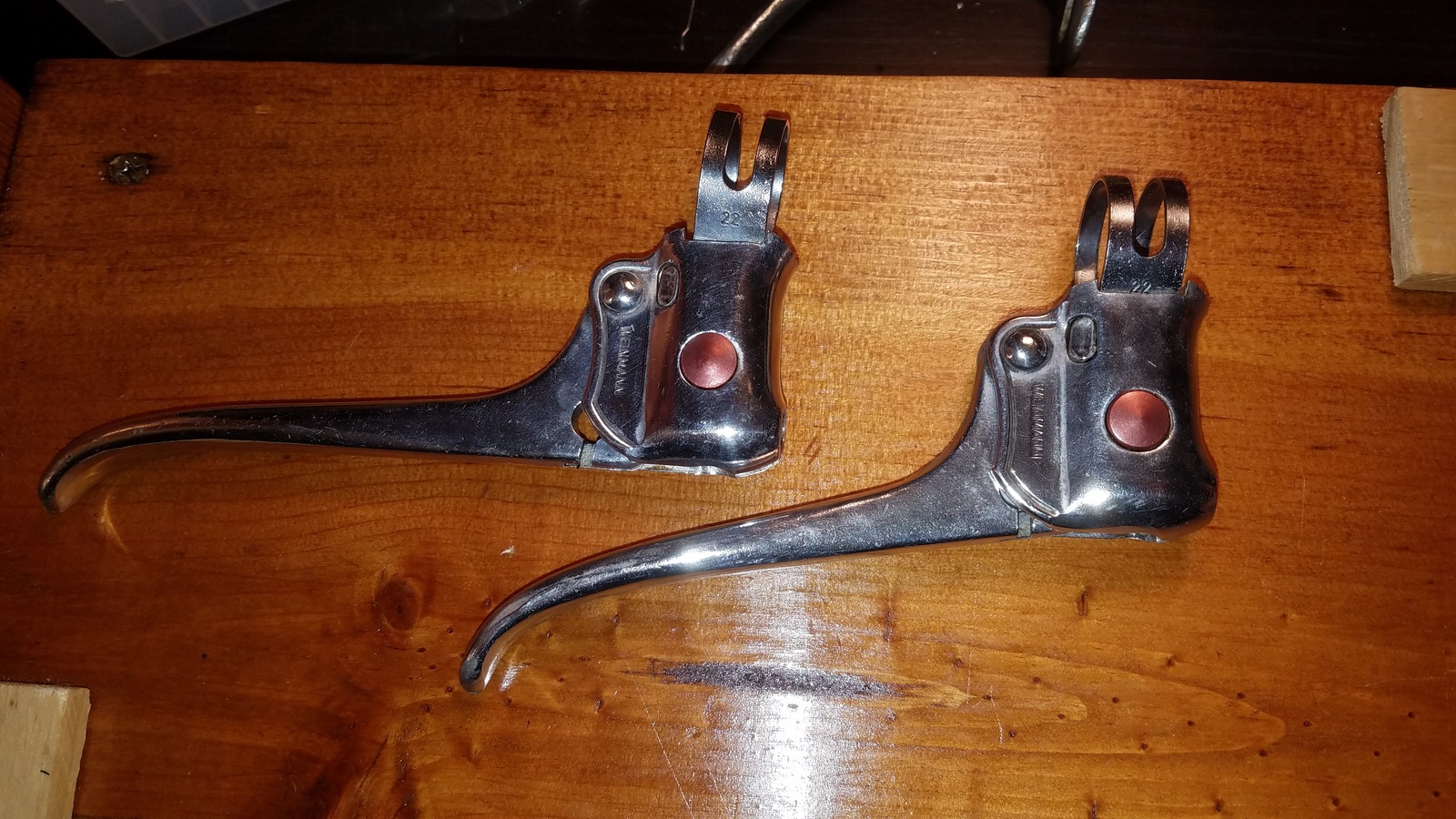 Chrome parts are excellent overall and responded nicely to cleaning and some Simichrome polishing. 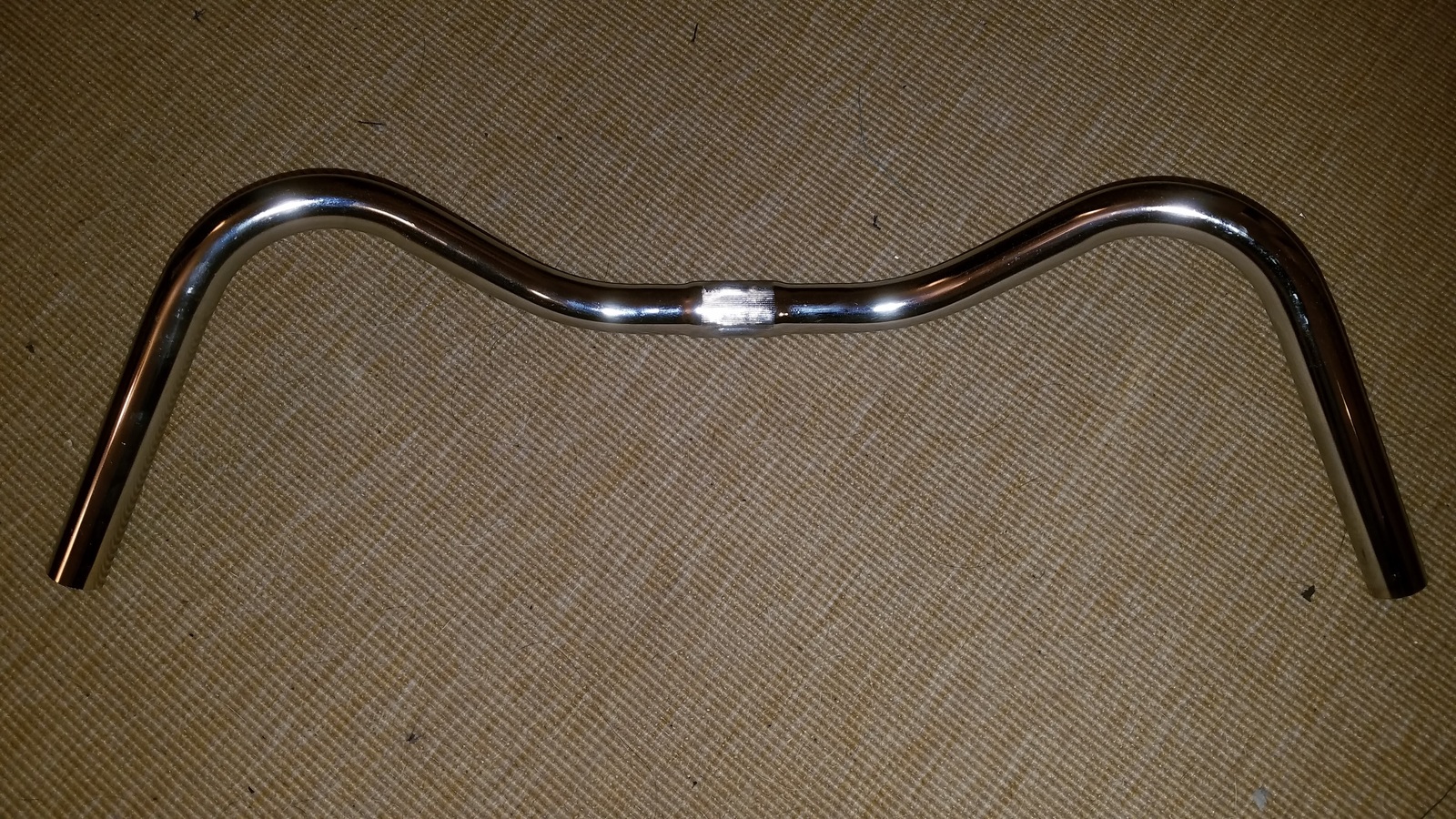 There is still much more to do, but the project is underway. My lighting for it is on the way as well. I'll be using a Soma Fabrication Torpedo Mk.2 head light and a Soma silver bullet tail light. They'll provide good, LED lights with a retro look that is appropriate to a 1960s-era bike.

Large cap bow pedals are cleaned and re-greased. I used needle nose pliers like a bottle opener to "pop" the end cap off each pedal. The rest is pretty conventional. They're of decent quality and serviceable, which is good. They seem to have pretty low mileage on them. 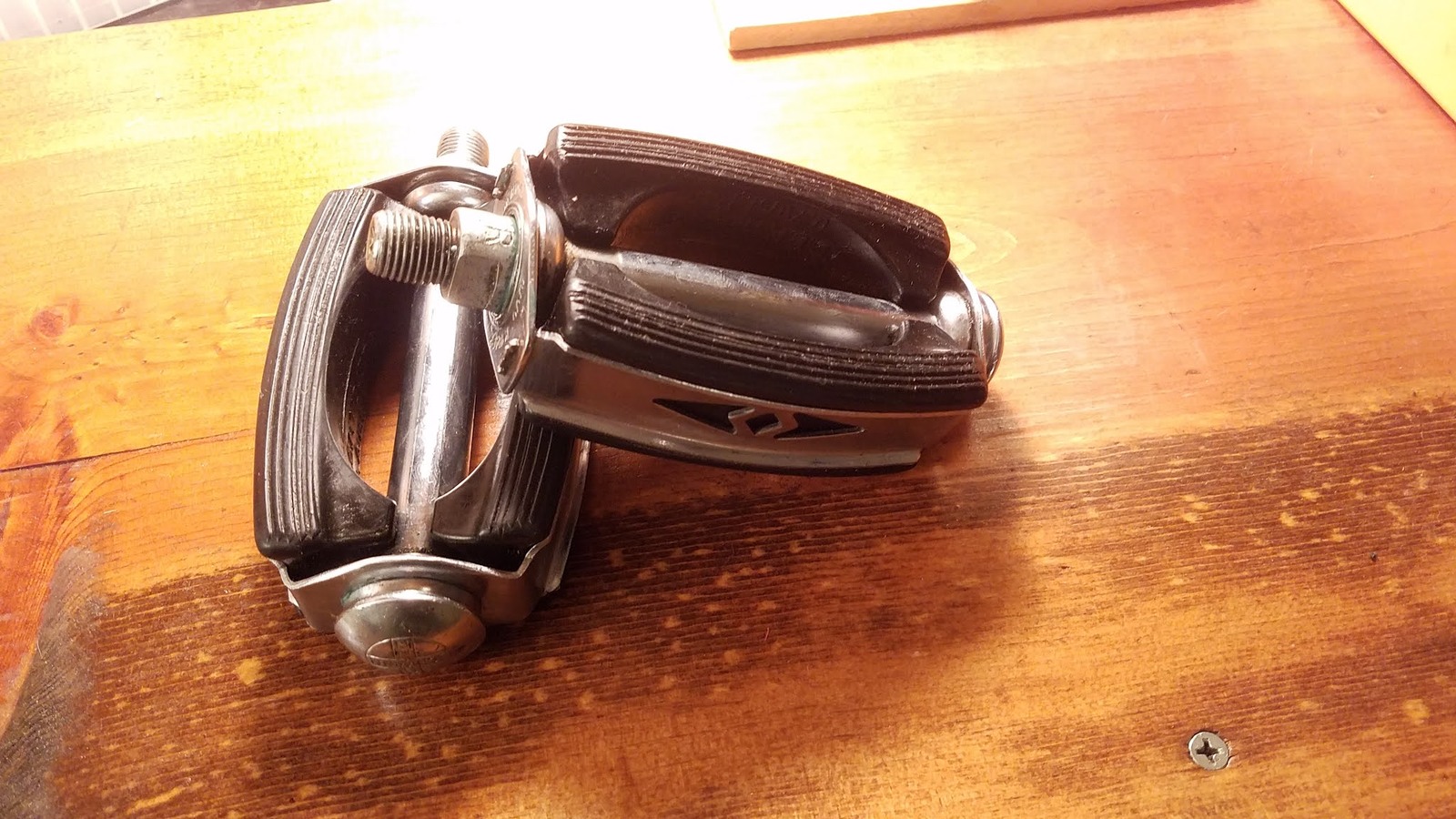 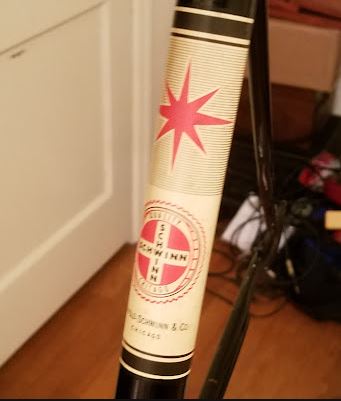 Grips cleaned up fairly well. I recommend John Deere Ultraguard for the rubber parts. It does a good job, just not the easiest stuff to find. 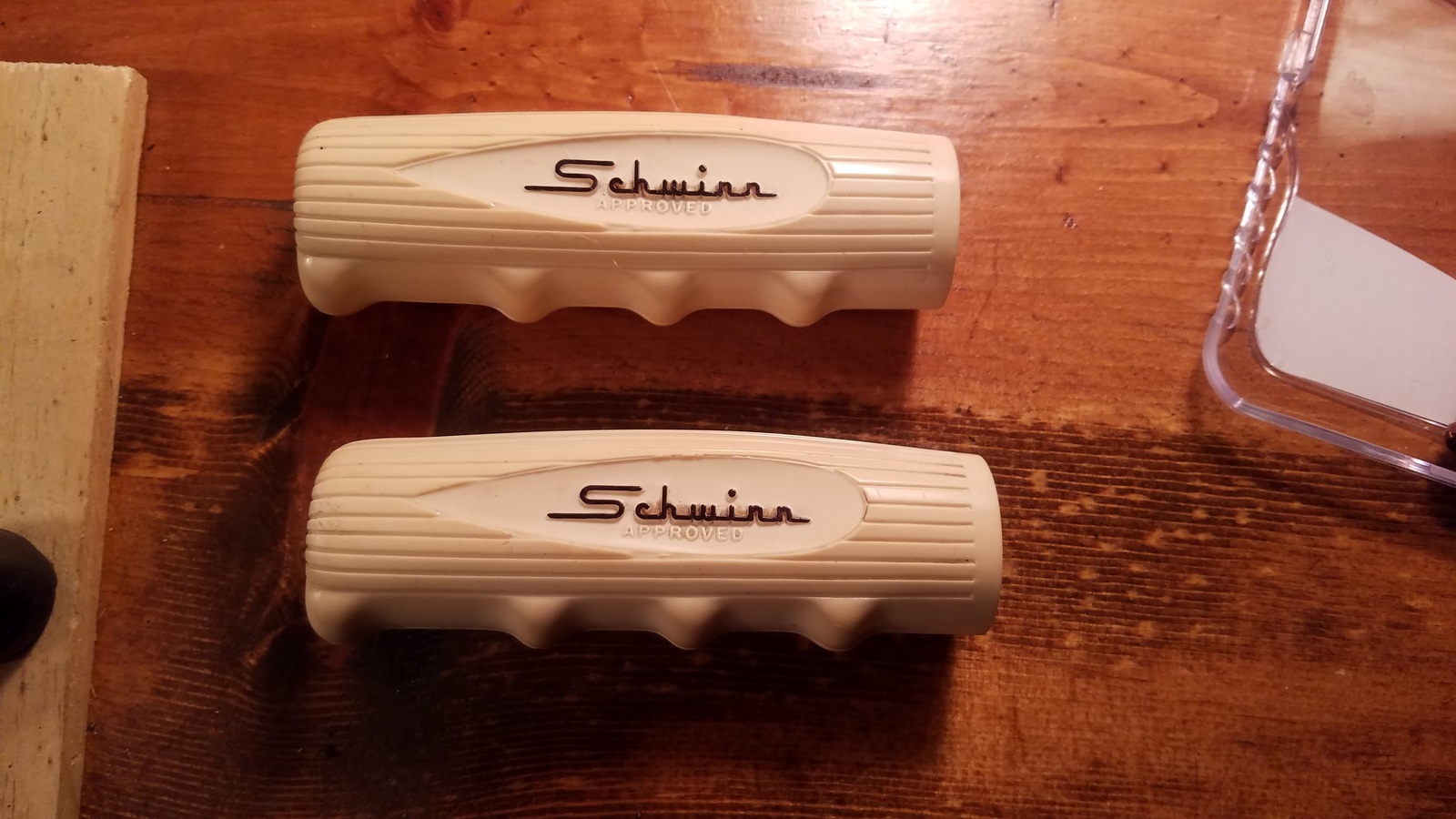 Nice, Nice, Nice.
Just a heads up on those reflectors...
If those are 60's Schwinn accessory spoke reflectors in good condition, they are a find in themselves.

I'll take a look at the reflectors again. I was under the impression when I pulled them that they're an aftermarket add-on from the 70s, but maybe there's a label on them somewhere that would say who made them.

Working on the wheels now. The rims are cosmetically good, but the front rim in particular is out of round and doesn't want to be drawn back to shape. I don't have a Cyclus rim jack, so perhaps replacement is in order. I do have some spare S5 rims/wheels around I can draw from if need be. But the front at least has the telltale sign where the rim hops in and out length-wise, and where it takes max tension on one side and min tension on the other to hold side-to-side trueness.

I may end up investing in a Cyclus rim jack tool. I have a set of stainless S6 wheels from the 1940s that have the same issue as this front S5 rim has.

The back rim seems a little better, though is somewhat out of round as well. That one might be fixable if I go back and try truing it again, and devote some real time to it.

The rims and wheels are so clean that I figured a simple side-to-side truing would be it, but something happened that sent these rims out of round. I wonder if that sidelined the bike and explains the low mileage on all the bearings, drive train, etc. that I'm seeing. 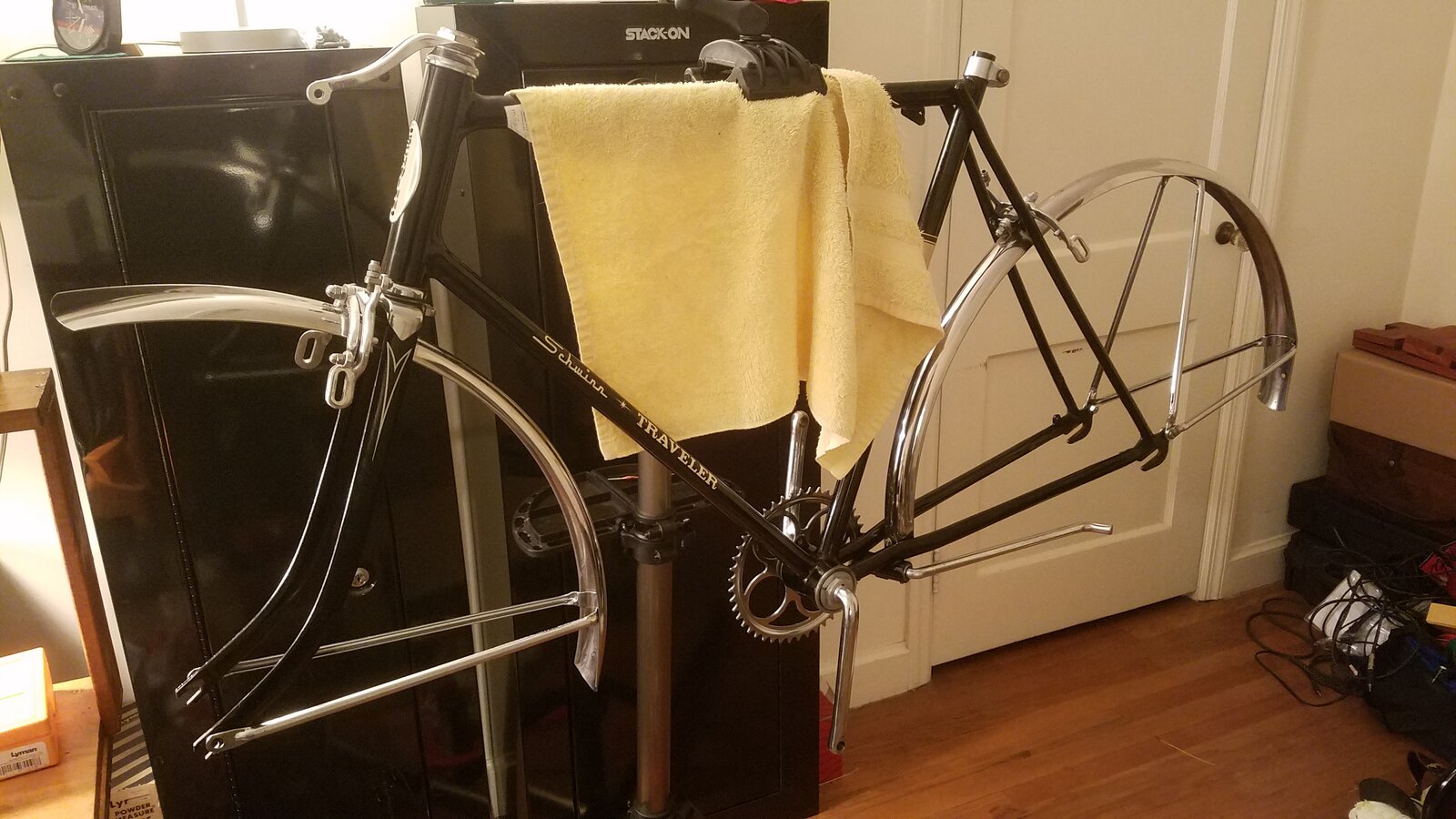 It's gradually coming together. Pardon the yellow work rag... Usually these kinds of bikes are utilitarian workhorses - commuting to work or school, paper route, delivery route, etc. I'm glad I located a nice tall frame example of the Traveler. The stainless fenders are pretty posh. 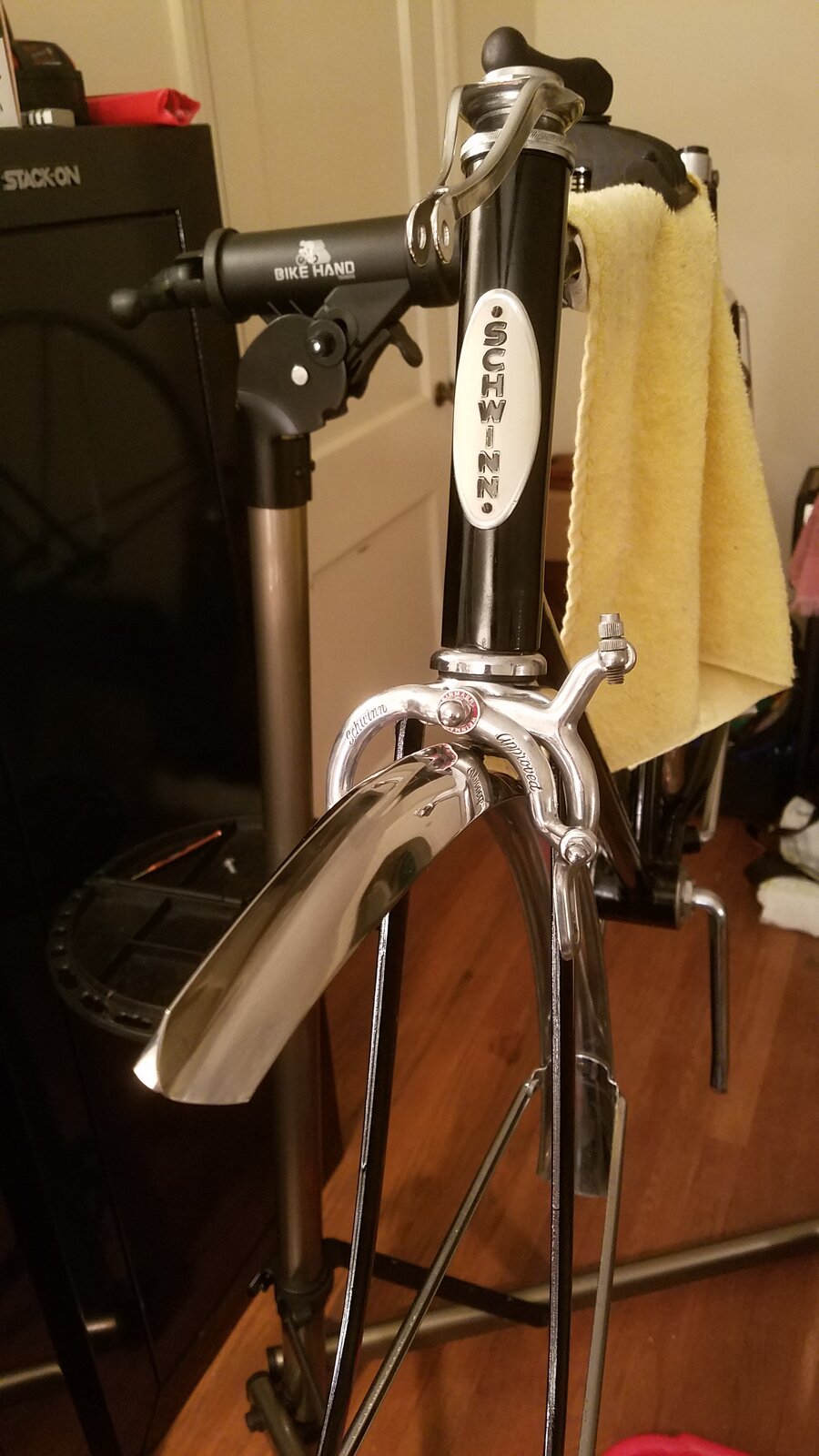 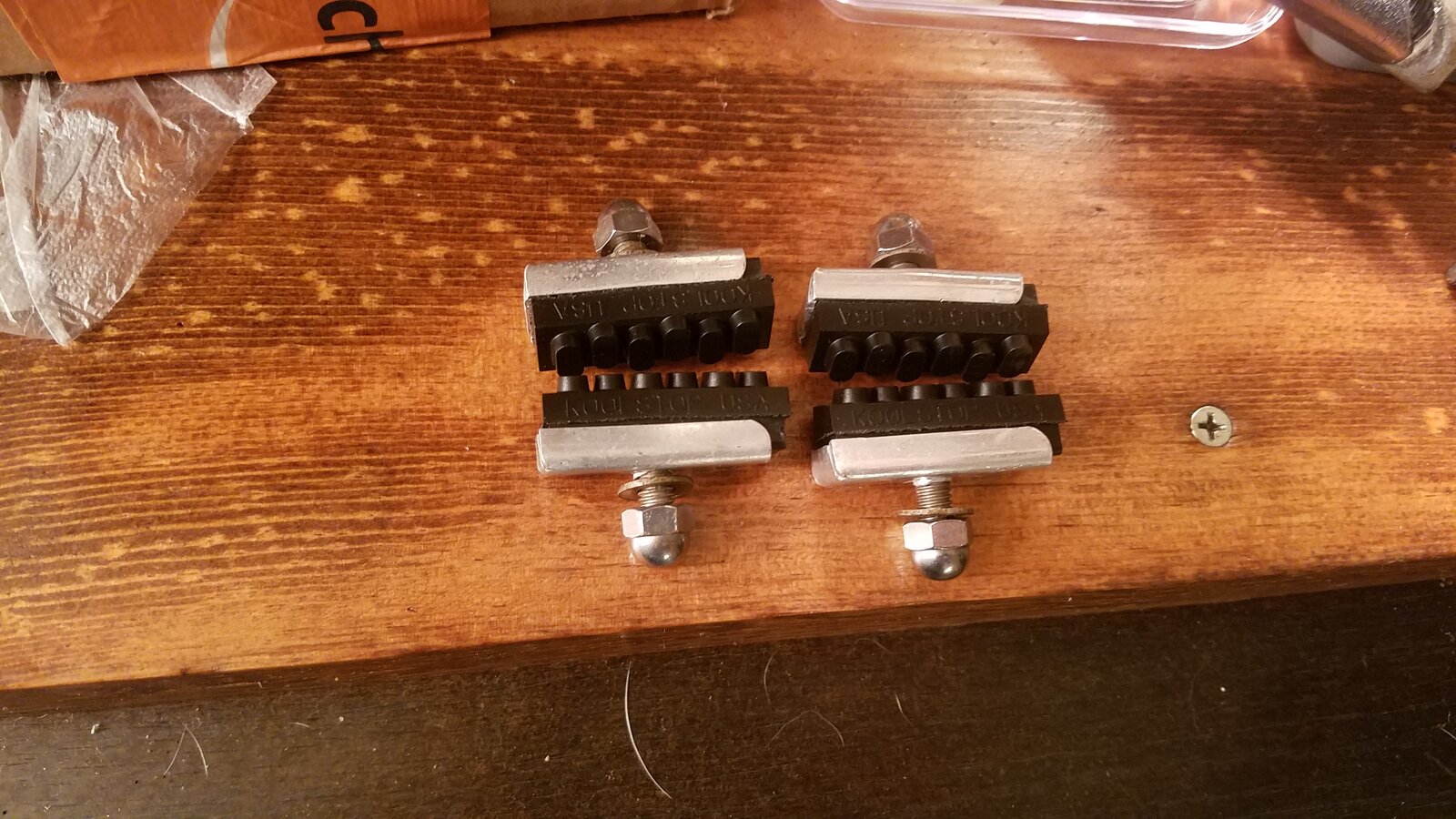 And I'll be going with Soma Frabrications retro LED lights for head light and tail light. They run on AAA batteries and are pretty well-made. They are not cheap, but they are definitely a cut above the usual $15 cheapo LEDs you see on eBay or Amazon. 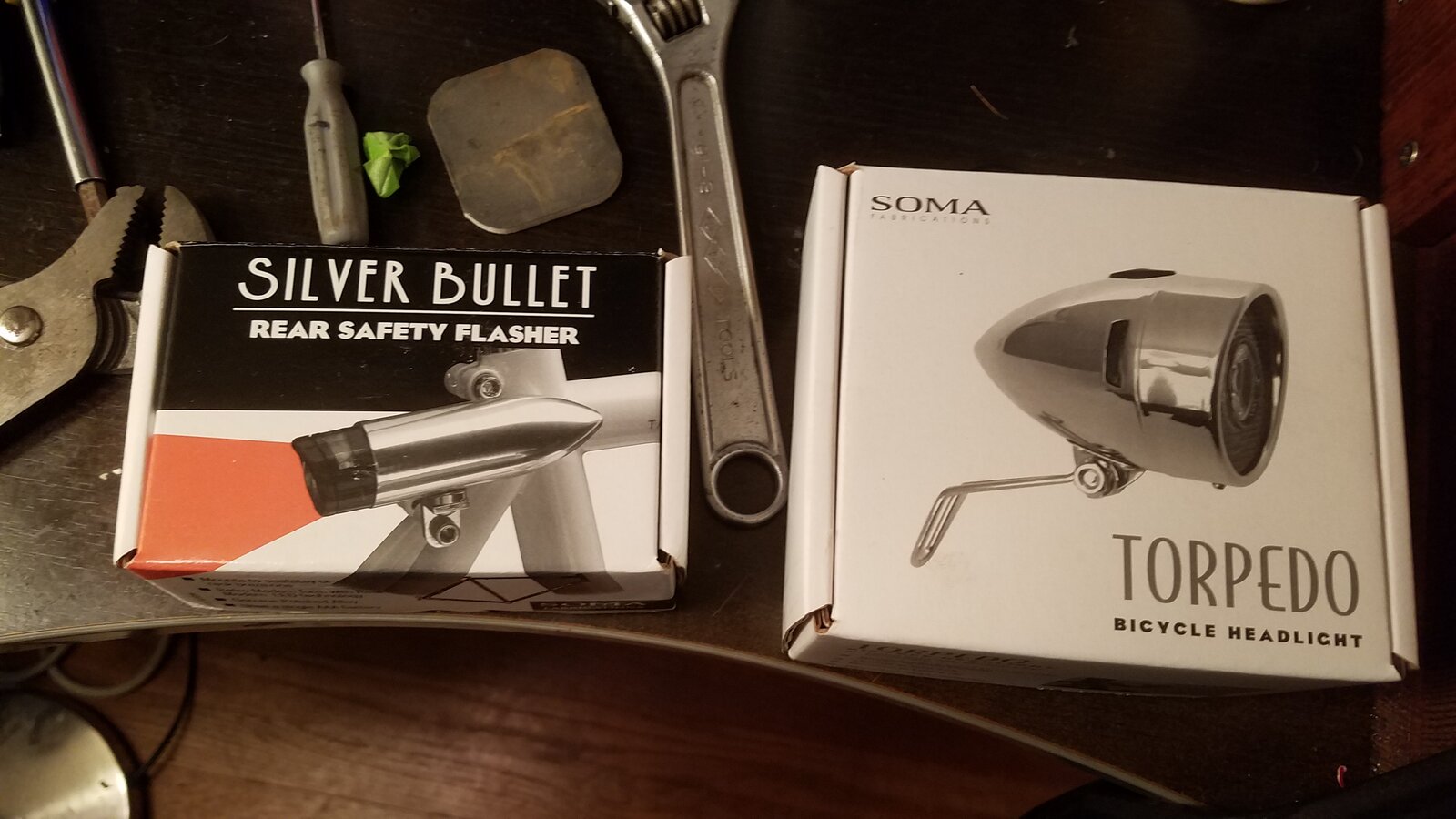 Exceptionally clean. Very nice example.
If those are Schwinn reflectors it will be molded into them around the edges with the numbers.
Last pair I found was on a mid sixties bike and they paid for the bike.
DOT approved reflector and lens numbers also "reflect" the date of manufacture. That bike didn't come with them so you can tell when they were purchased and installed.

Thanks. These say Stimsonite 85 on them. I'm thinking they're from the 1970s maybe(?). These look older than the 1980s era white-colored ones, but I don't think they're mid-1960s either. The bike had its original white wall tires, but newer Bontrager tubes (they're actually decent tubes), so the bike has been to the shop a couple times probably over the years. Maybe the reflectors went on during a shop visit.

The wheels are cleaned and trued finally. I had to do a swap-out for the front rim, but I had another early 1960s S5 in my pile that is in good enough condition to use with the bike. I also swapped the front axle because it got bent in shipping (again dipped into the pile - benefits of hoarding stuff, I guess).

I need to to see what I can do with the chain next. I normally go straight to a new SRAM chain if I'm going to be riding a lot because they run so smoothly and I don't have to deal with old chain wear. But given the apparently low mileage, this one is worth seeing if I can add a couple links to the old chain and re-use that. I'm thinking put it in the ultrasonic cleaner with some Simple Green or water-based de-greaser.

Pretty sure those large cap pedals ended mid 60s. The prices for ones in that condition are up there. Those almost look NOS.

Travelers in this condition only pop up every now and then. I saw it briefly before it sold, so you snagged it up pretty quick. A few things changed for '63 to '64: these saddle went to that S seat; went from the fatter hockey stick guard to the thinner style; head badged changed to the larger painted oval badge. Without looking I am pretty sure the had the white grips with painted Schwinn text on the '63 model (those look NOS as well). I have a '63 back large frame model in real nice condition I haven't got to yet.
You must log in or register to reply here.

RIP Rick Garcia of So. Cal
2

Why Do A Double Bend Crank Or A Single Whizzer Bended Crank And How Is It Done?