sam said:
the s/a hub has a date stamp on it
Click to expand...


Nope. It's all cleaned up now and it's date free.Earlist dated hub I've ever had was on a 1952 Rudge.

Someone said that they weren't dated until after WWII, so I believe that what I have is a first year Continental...1946. Hub would have been a leftover.

At some point around the start of WWII, they dropped the date code. They resumed it after the war. No date code would be a hub from around WW2. That would be consistent with an immediate post war bike: 1946 or early 47.

BTW...does anyone recognize what make the rear rack is? Doesn't look like anything Schwinn made, but it had the same "patina" that the rest of the bike had.
M

Harpo.. Those early post WWII Continentals are my favorite bicycles, period. I've got a black tall frame '47, and it looks like I just bought SirMike's blue '47 (this makes the second time I've owned that one.)

Still working on it, and next is the wheel guide for the 3-speed...which luckily I have one... 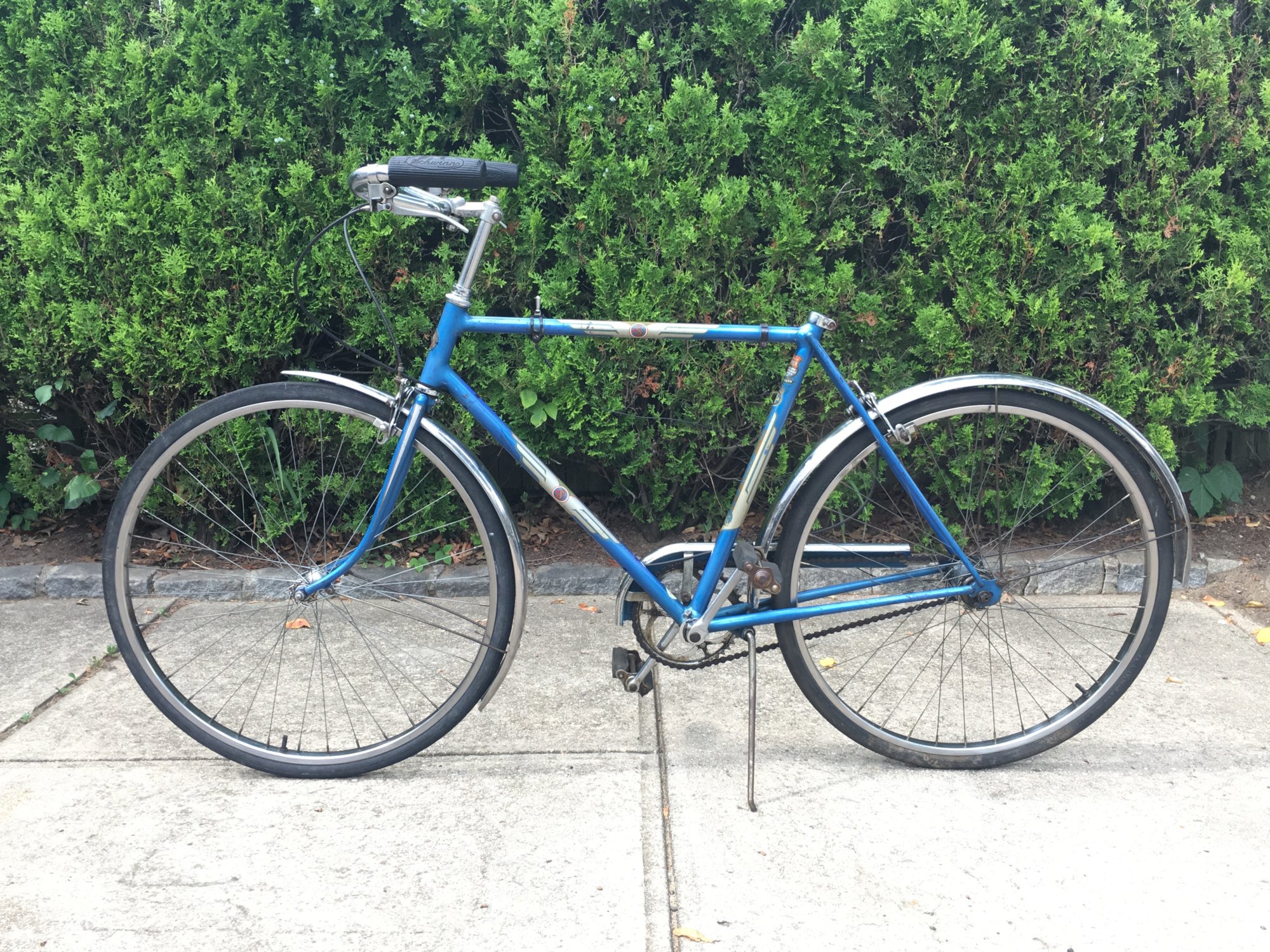 It cleaned up well. The Continentals are great bikes, as are the New Worlds. These bikes are among the few light roadster-style bikes that can go head-to-head with a Raleigh or Hercules or Phillips. The graphics on these (and the 1950s-era bikes with winged graphics) are great.

The English were generally more serious about their adult sporting and utility bikes than the Americans were, but Schwinn soldiered on producing some really good 3-speed bikes into the early 1960s.

The collectors seem to favor the pre-war Schwinn Superiors and Paramounts, but my personal opinion is that Schwinn's golden age for lightweight 3-speeds started right after the war, and into the 1950s (I also think this is true of Raleigh). They offered some neat choices - New Worlds; Superiors; Continentals; and the Paramounts. You'd expect that kind of choice from someone like Raleigh or Hercules, but not so much an American company (the automobile ruled America in that time).

More to do (like maybe trying to "pinch" the rear fender tighter in the back) and add the reflector off of the rack that came on the bike. Next is to pull the wheels off and clean under the fenders and the drops. Of course I still need to add the proper oil to the wheels and bottom bracket. It's not smooth moving, even a bit stiff, holding the bike up and turning the crank, but once up on the rack and I can see how it spins.

Great job on the cleanup! Nice looking bike . I really like the shifter and the adjustable stem for the handlebars. Good save!
You must log in or register to reply here.