Put the '61 Racers on CL yesterday. We've had these for over 30 years, but haven't really ridden them in ages. Downsizing for a move, and they need to go.

I think it was 1987 when an ol' boy brought these into the shop for tires and tubes. He had just purchased the pair at a church rummage sale for ten bucks. He declined my offer to double his money, and we did the job. A few weeks later I showed up for work and the men's bike was there again. He had sold both of them to the shop owner on my day off, who had already sold the women's bike to a customer. I was pretty bummed- he knew I had tried to buy them previously... Oh well.

I started riding mine regularly, and fixed up an old Dunelt 3 speed for my wife. Neither of us was too excited about that. I like the English frames, but that's about it... One day I rode over to a Photomat drive-up (remember those?) to pick up some slides (remember those?) . The woman clerk says, "Oh, I have a bike just like that." Knowing an old bike is an old bike to most people I didn't really pay much attention to our small talk until she said, "No, mine is exactly like that..." The lightbulb finally went on in my head. When she mentioned she liked it OK, but it was kind of hard to pedal it was only a matter of moments until the deal was struck with the Dunelt and we were on our way to a matched pair of Racers!

We rode the heck out of these things. What great little bikes. Of course as hard as it is to sell vintage bikes around here I may end up moving them again, we'll see... 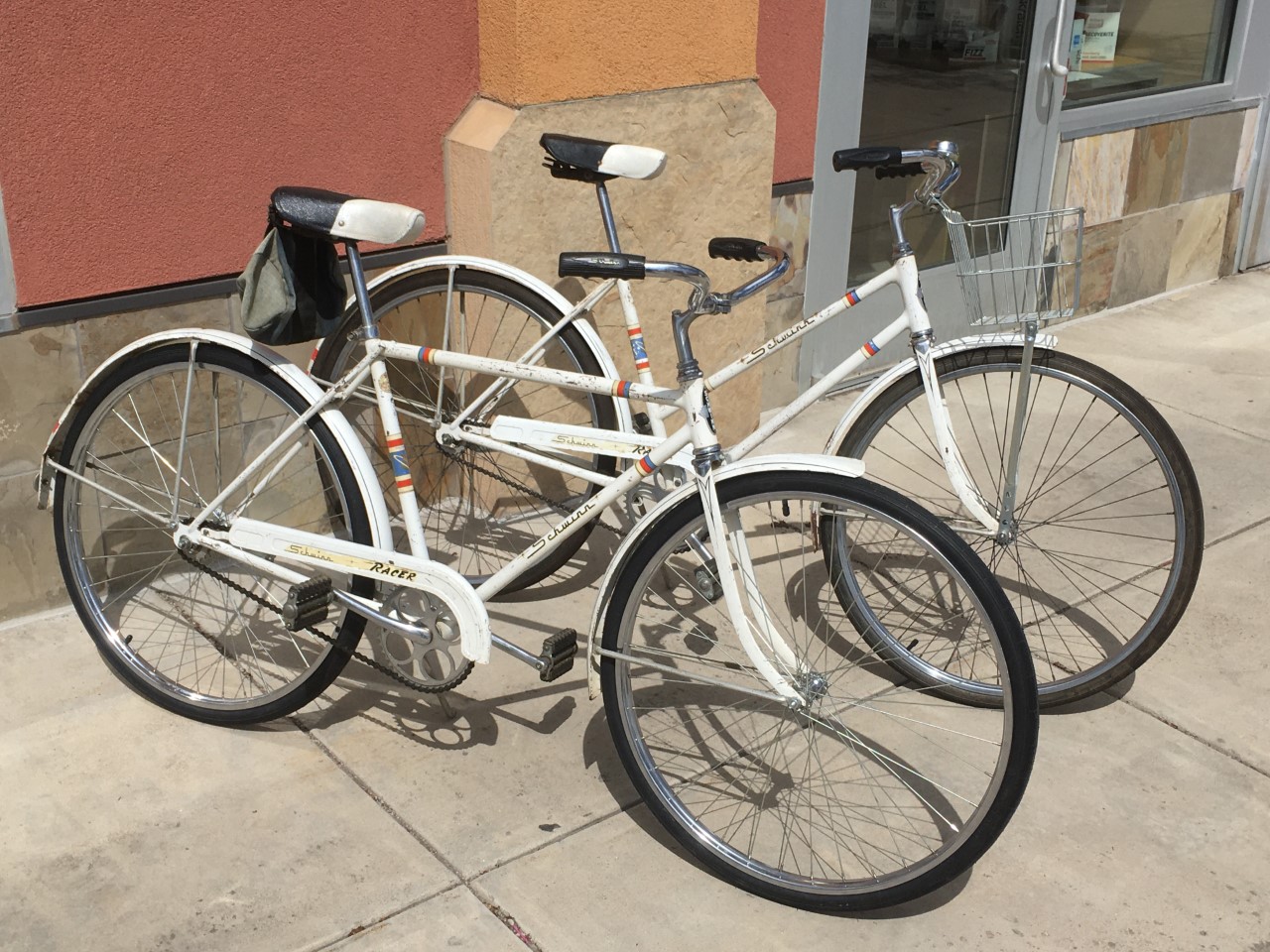