1----2 NOS Mint Black large full size. Same template used on the Schwinn flaps and other deluxe reflectorized flaps, just no
logos or jewels. MINT NOS and perfect and large size
60.00 for the pair 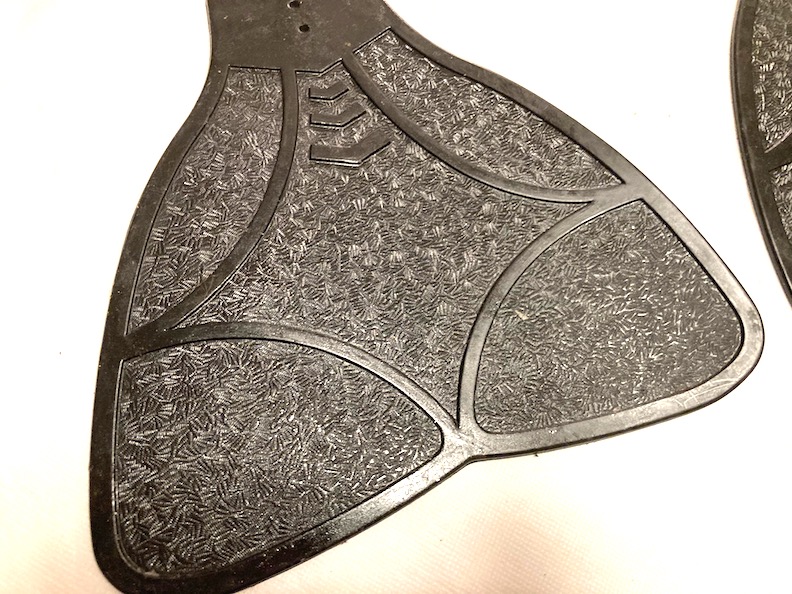 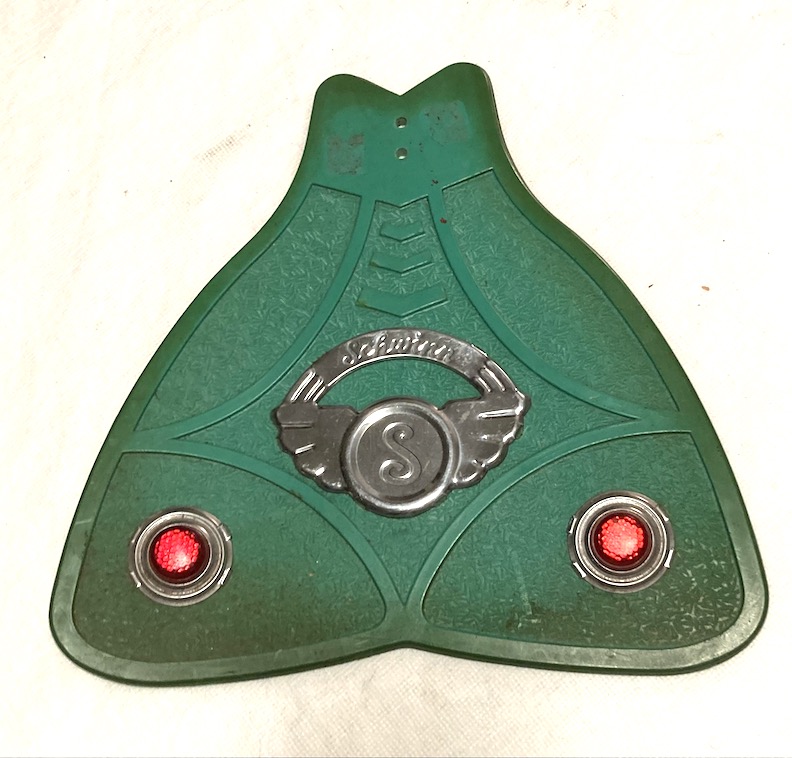 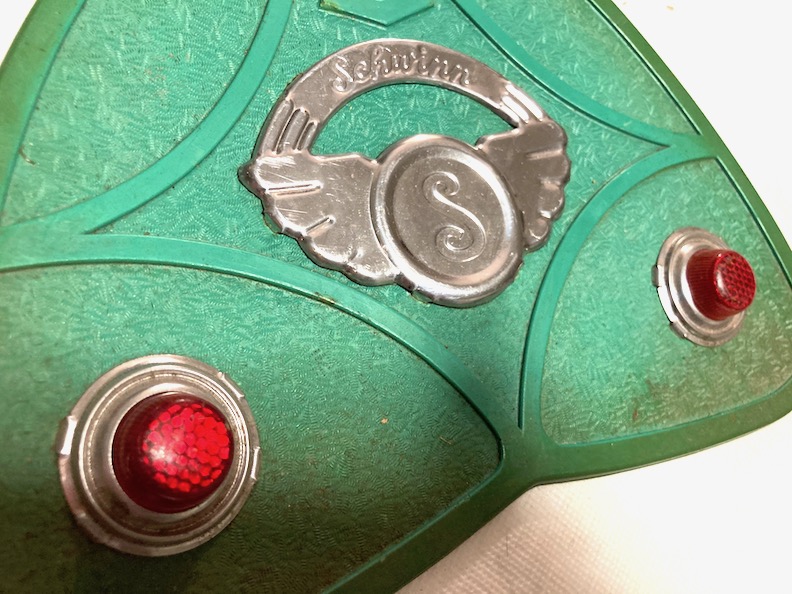 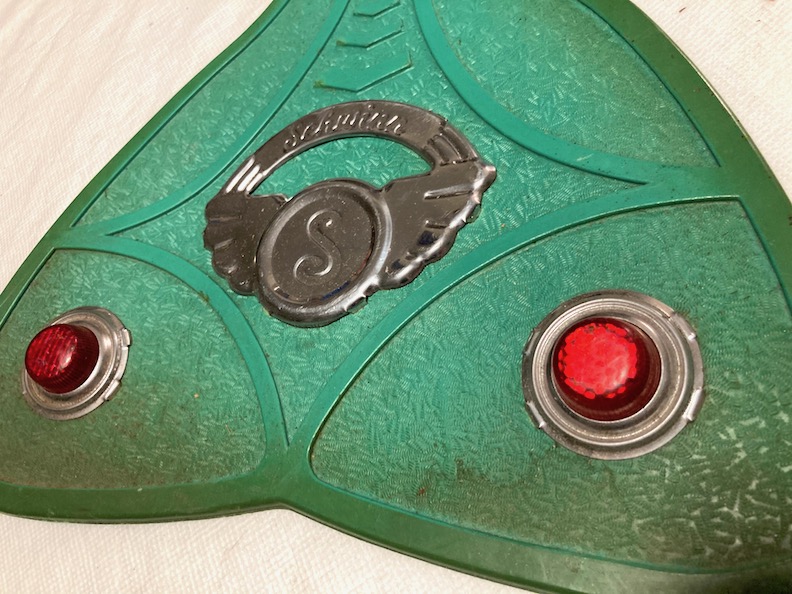 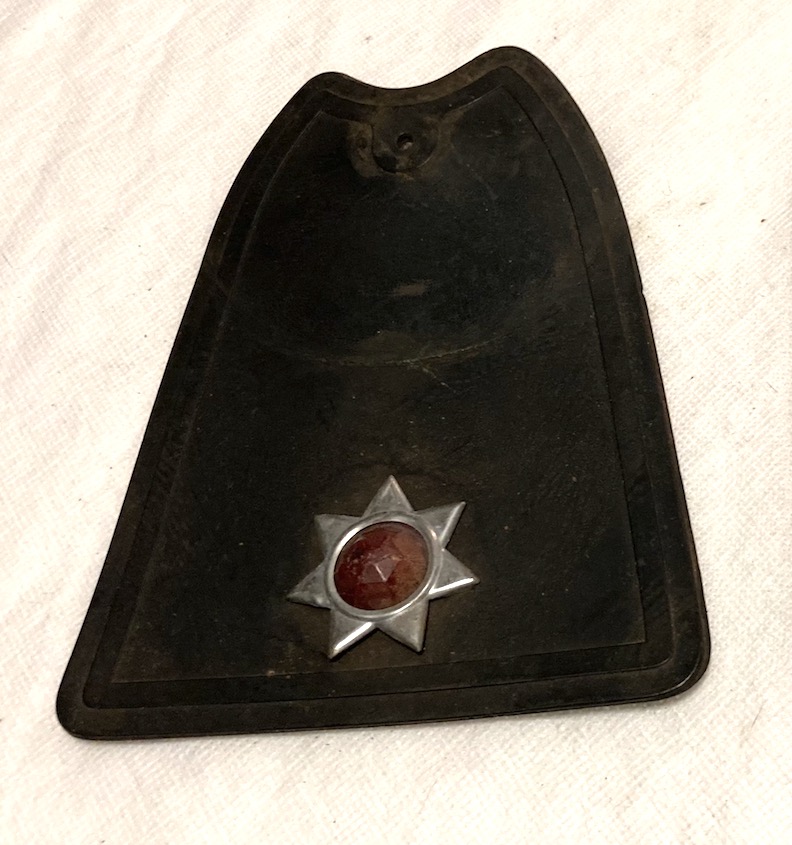 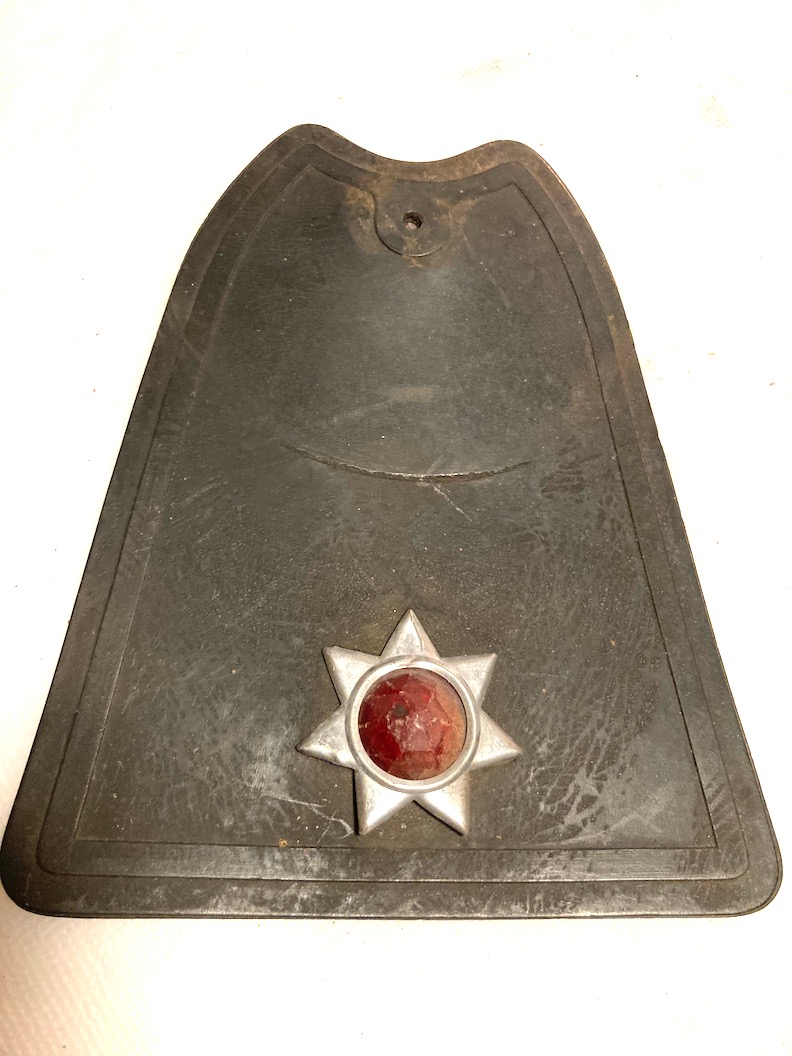 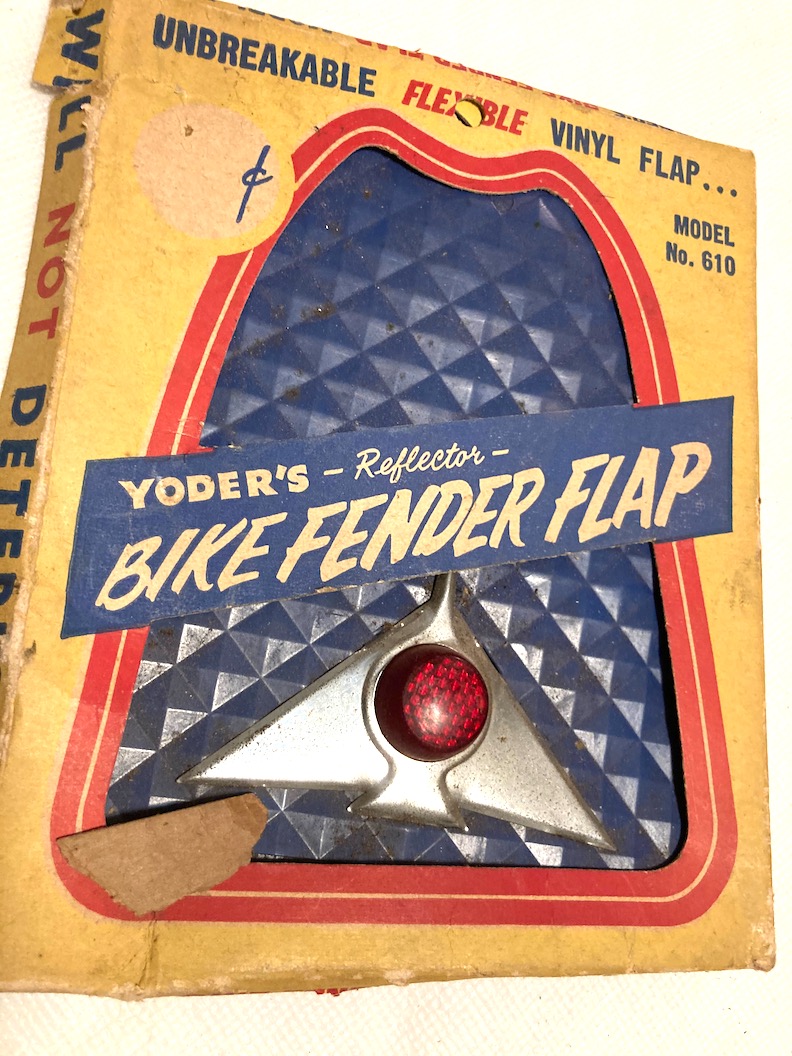 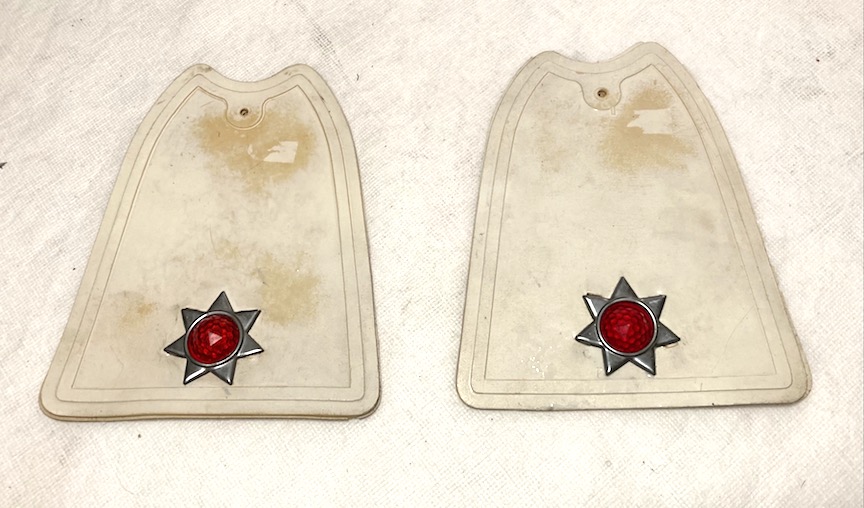 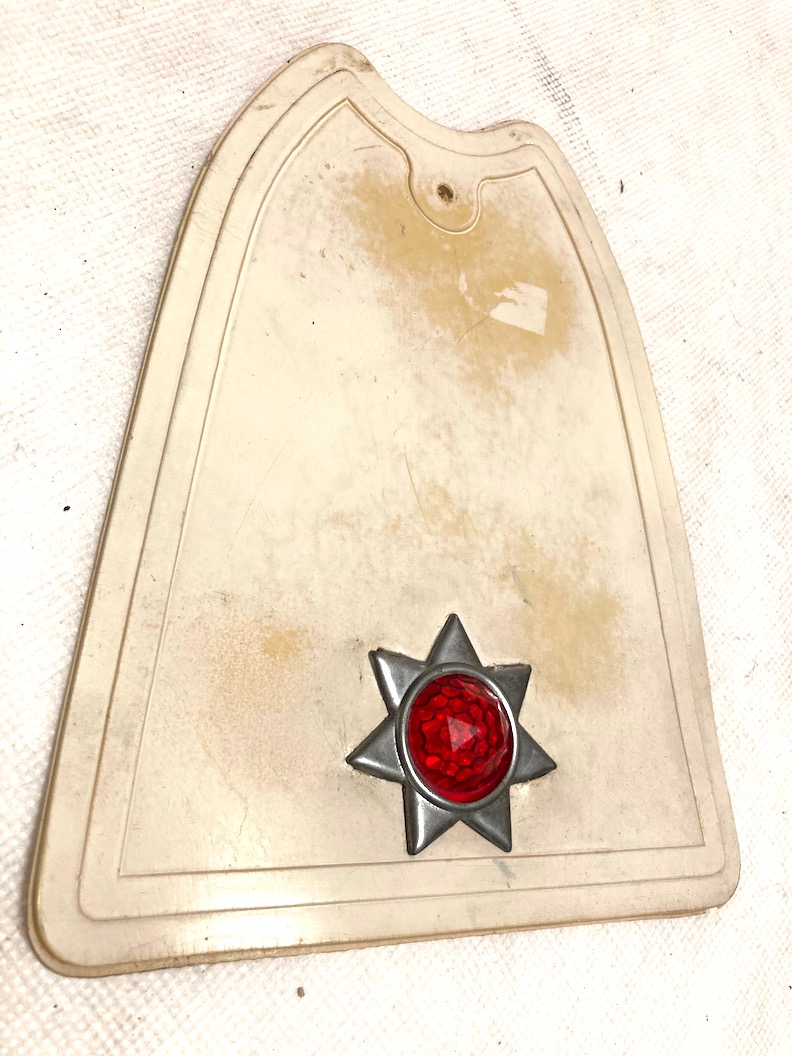 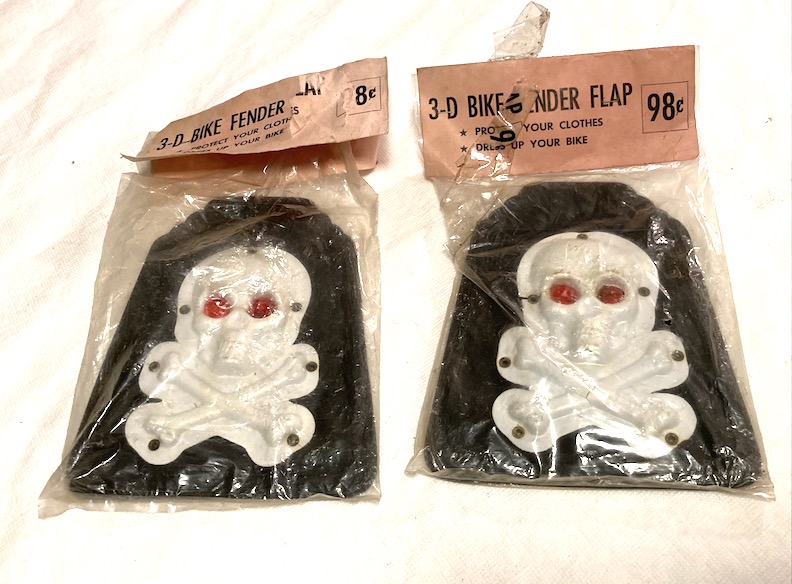 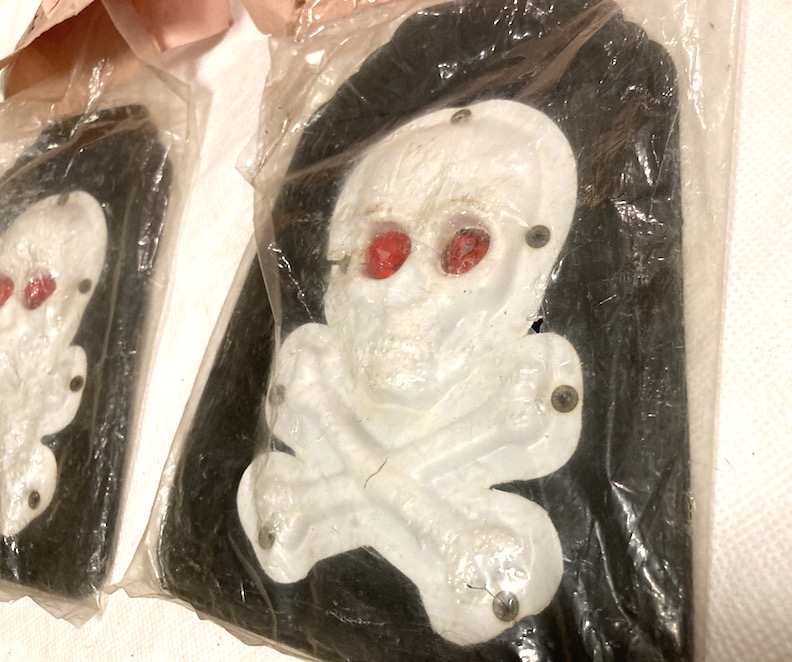 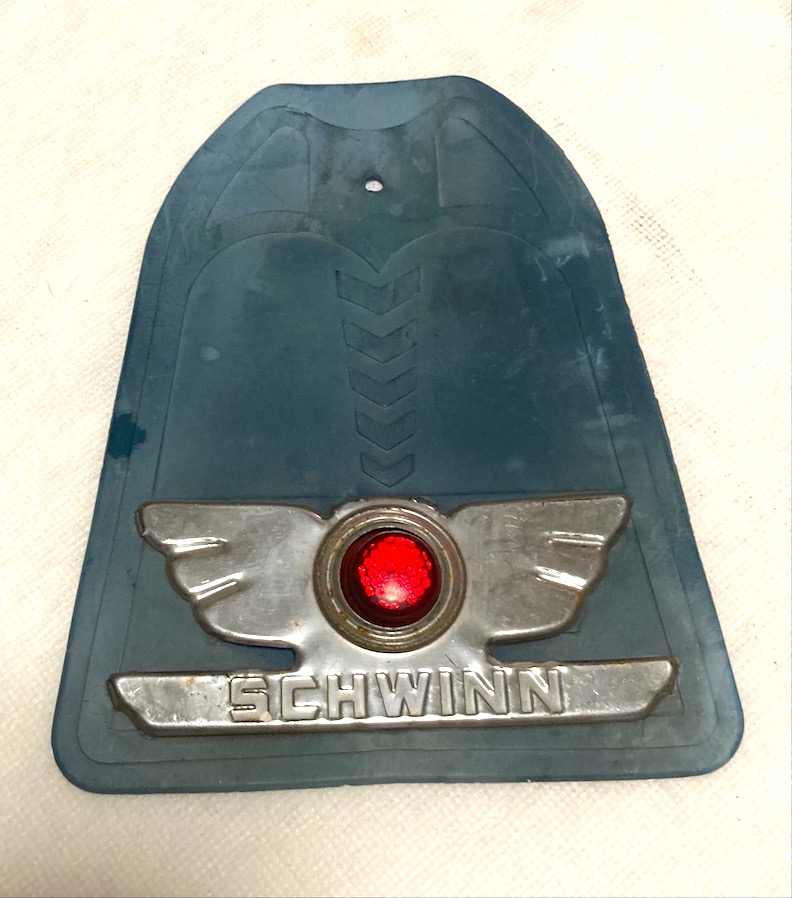 8------- 2 Flaps with some issues shown...1 white Schwinn flap and one art deco jeweled flap...there are some
edge rips on the flaps...would still mount fine, maybe some tape on the back sides?
40.00 for the Pair 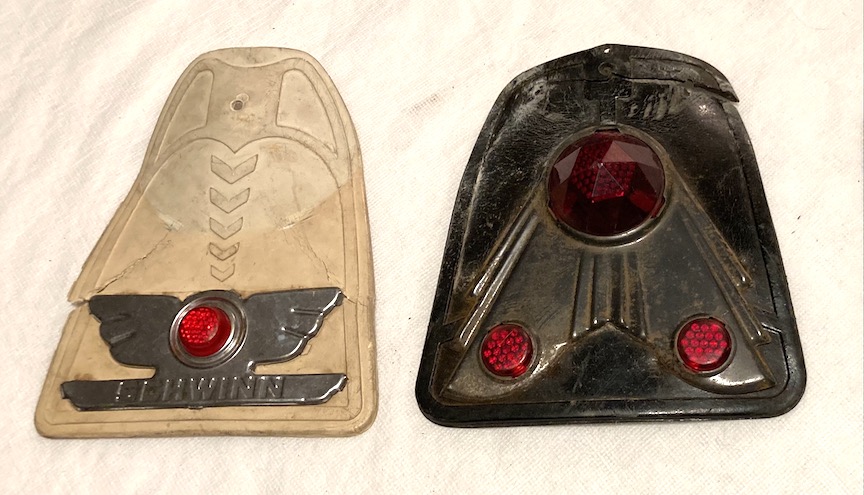 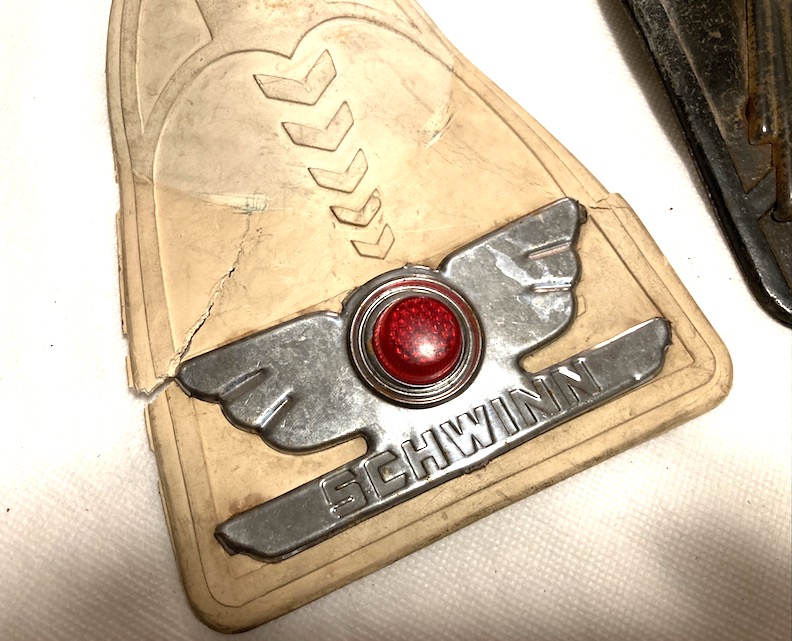 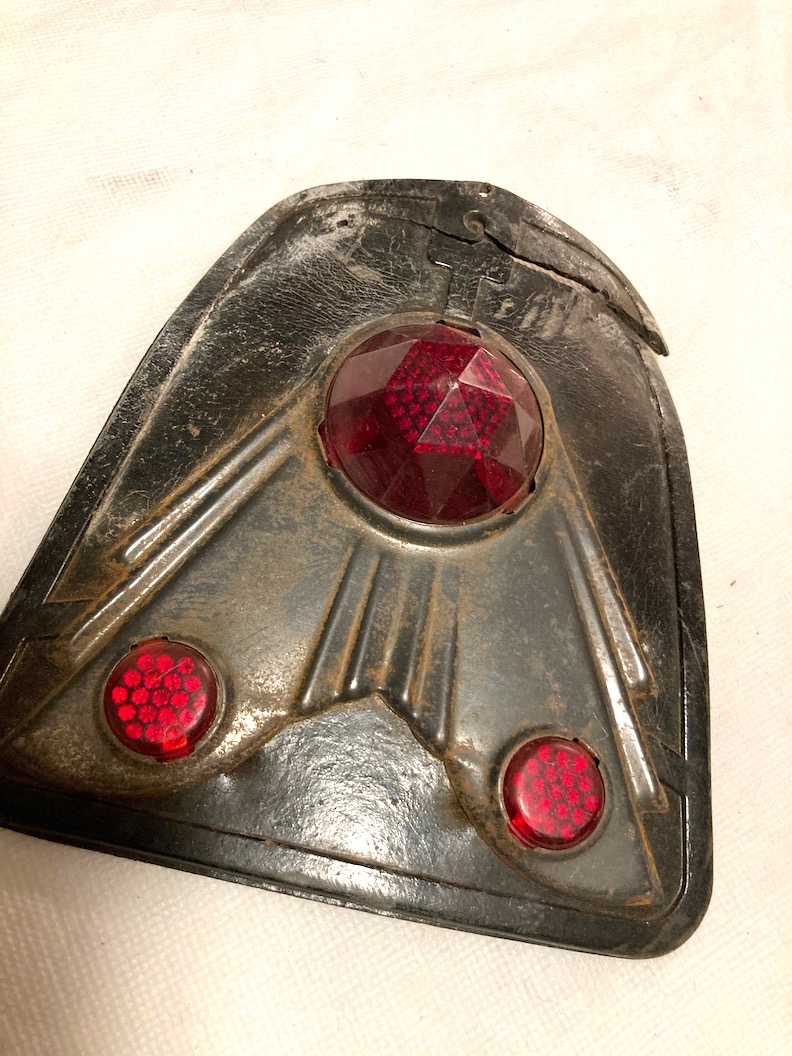 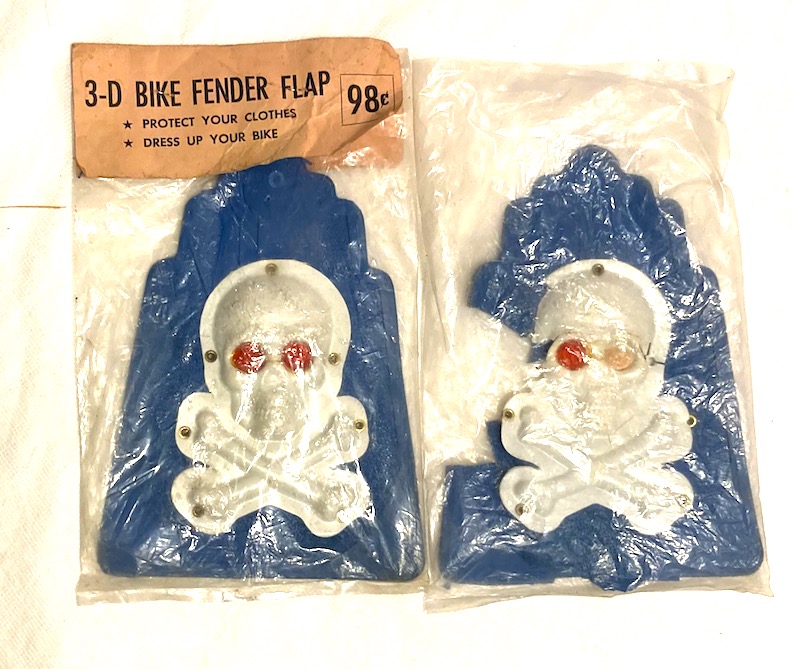 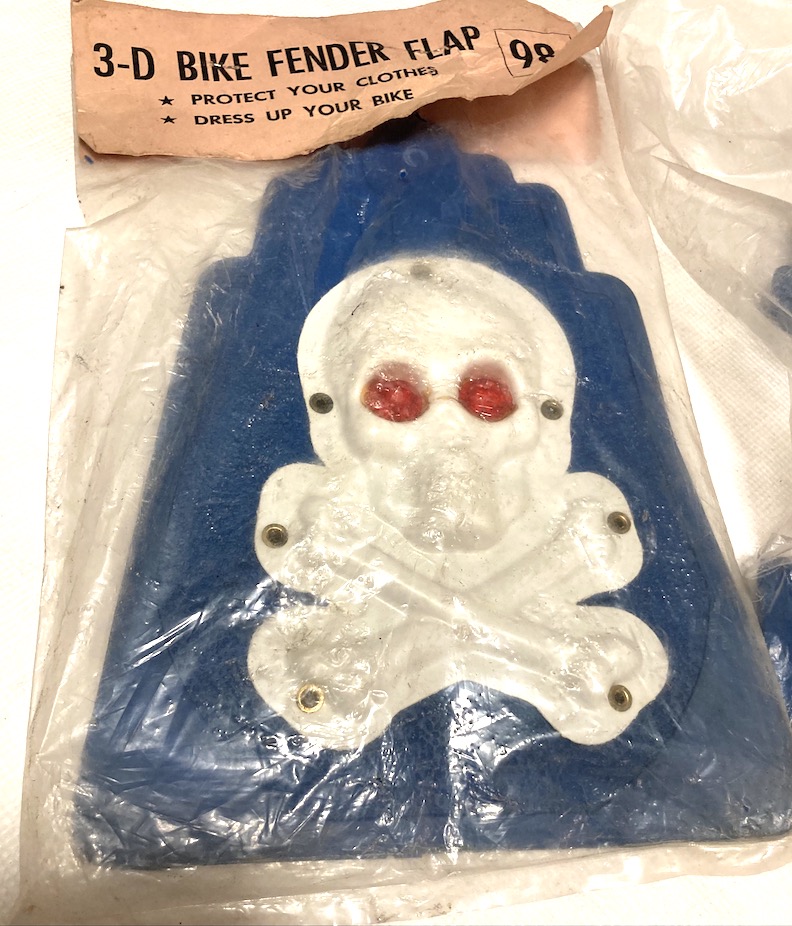 10-----Excellent Large Red deluxe jeweled / winged flap. Same template as the ones Schwinn used and other mfgs...
some fading to the red from years of storage... no major issues...NICE flap in very hard to find color! 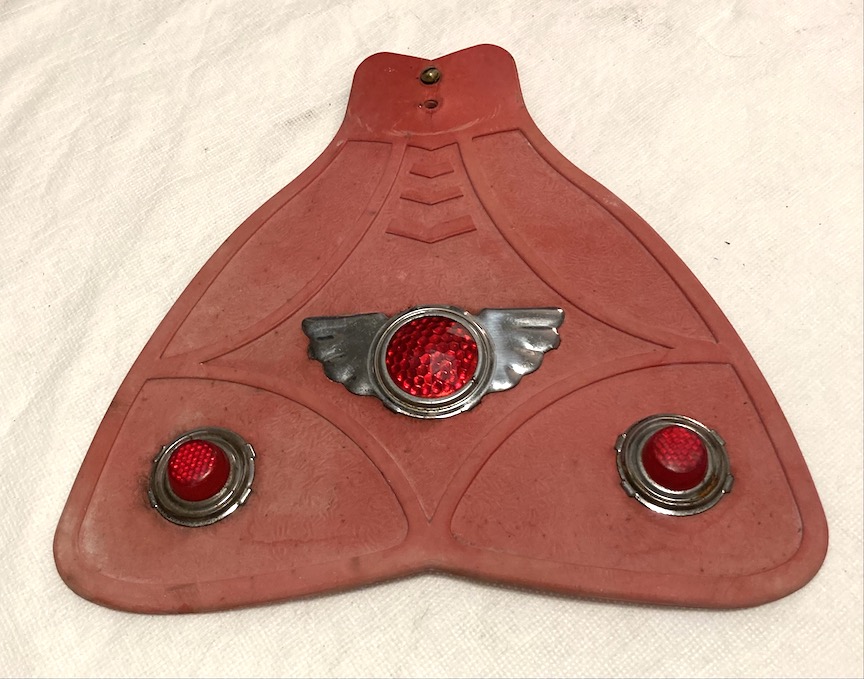