Yama 10 speed, anyone ever seen one? 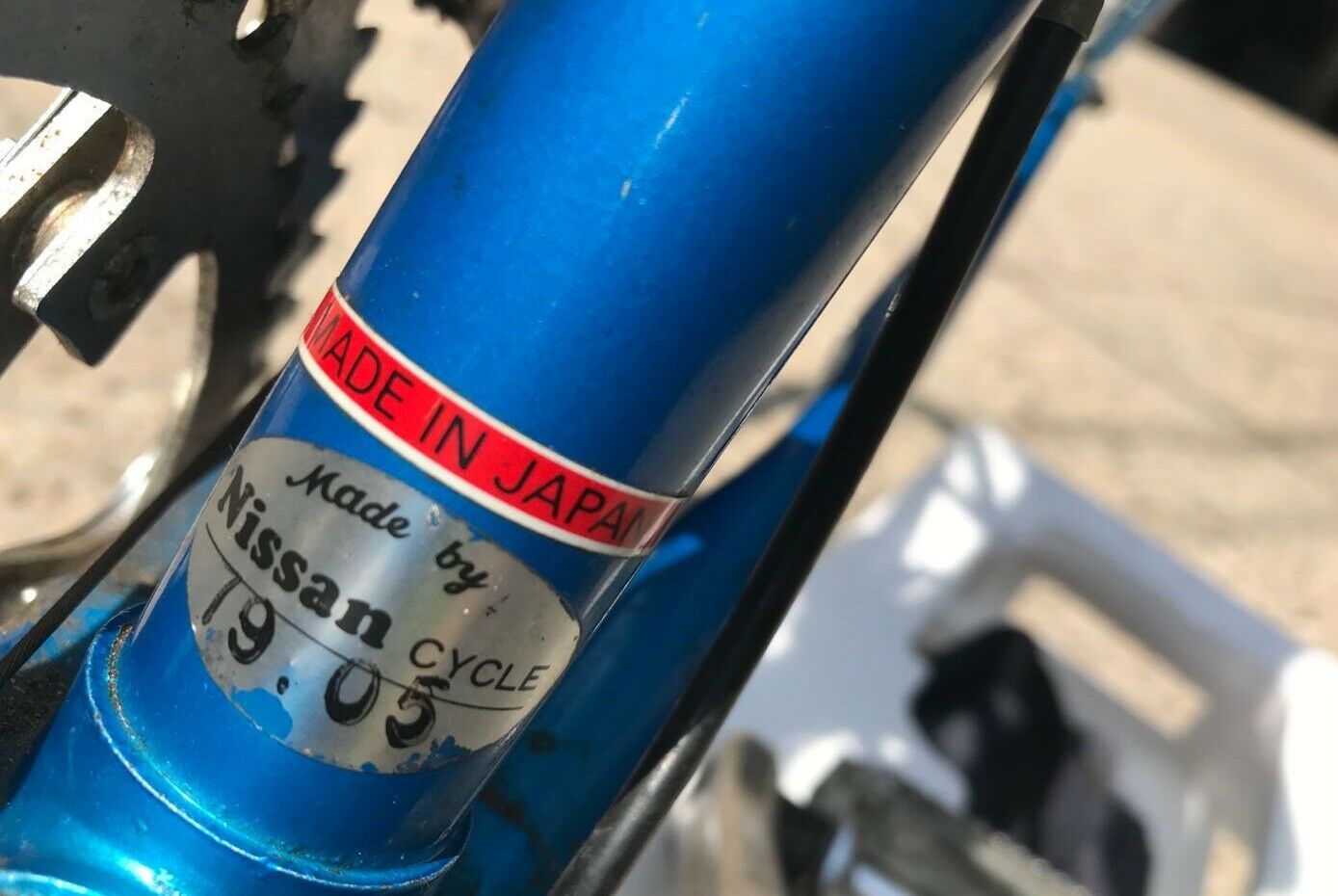 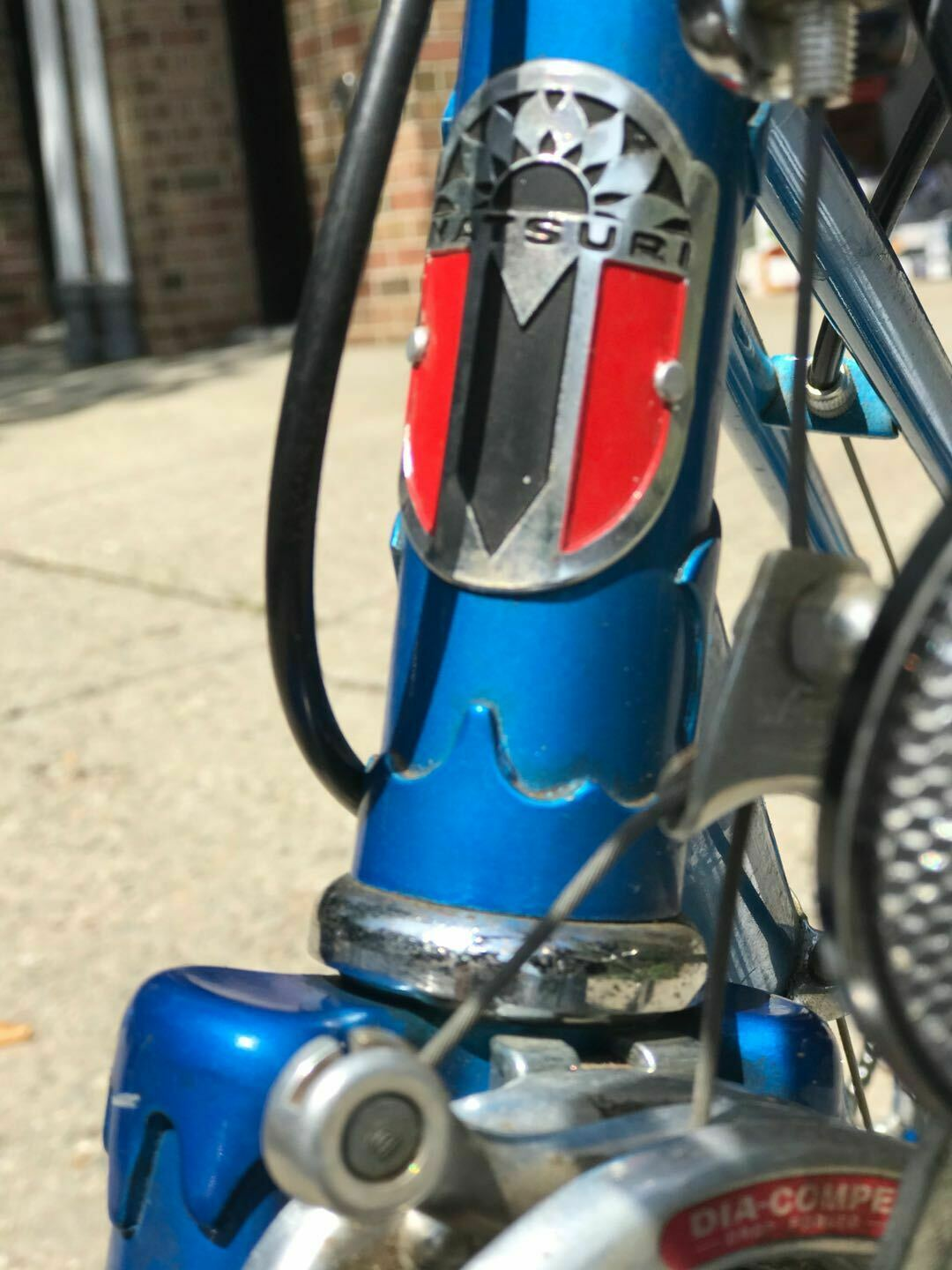 VERY GOOD CONDITION - LIGHTLY USED - READY TO RIDE. This bike was found in the back of a garage in a house in New Jersey. Paint shines very nicely. Only has small marks/nicks. Bike is for pick up only.
rover.ebay.com

I'd rather be surfing!

thanks very much for this find!

thanks very much for this find!

"Yama 10 speed made by Nissan" Yeah and it's a pretty nice bike too. About or was the top of the line? I mean, if it's the same ladies in the later catalog, that's awfully fancy for an "140 fundamental' series' a Lucky the ebay offering has a catalog to go. Not the same year as topic and but Apparently, Topic was made while manufacture was transitioning, reorganizing corp structure and their brand name a few year earlier er something. Rather, my guess is that the 310 12 speed would be close to topic model.

Regardless, the ebay link won't last but a few months or so; might as well include the catalog in this thread to cure future headaches before they happen again : 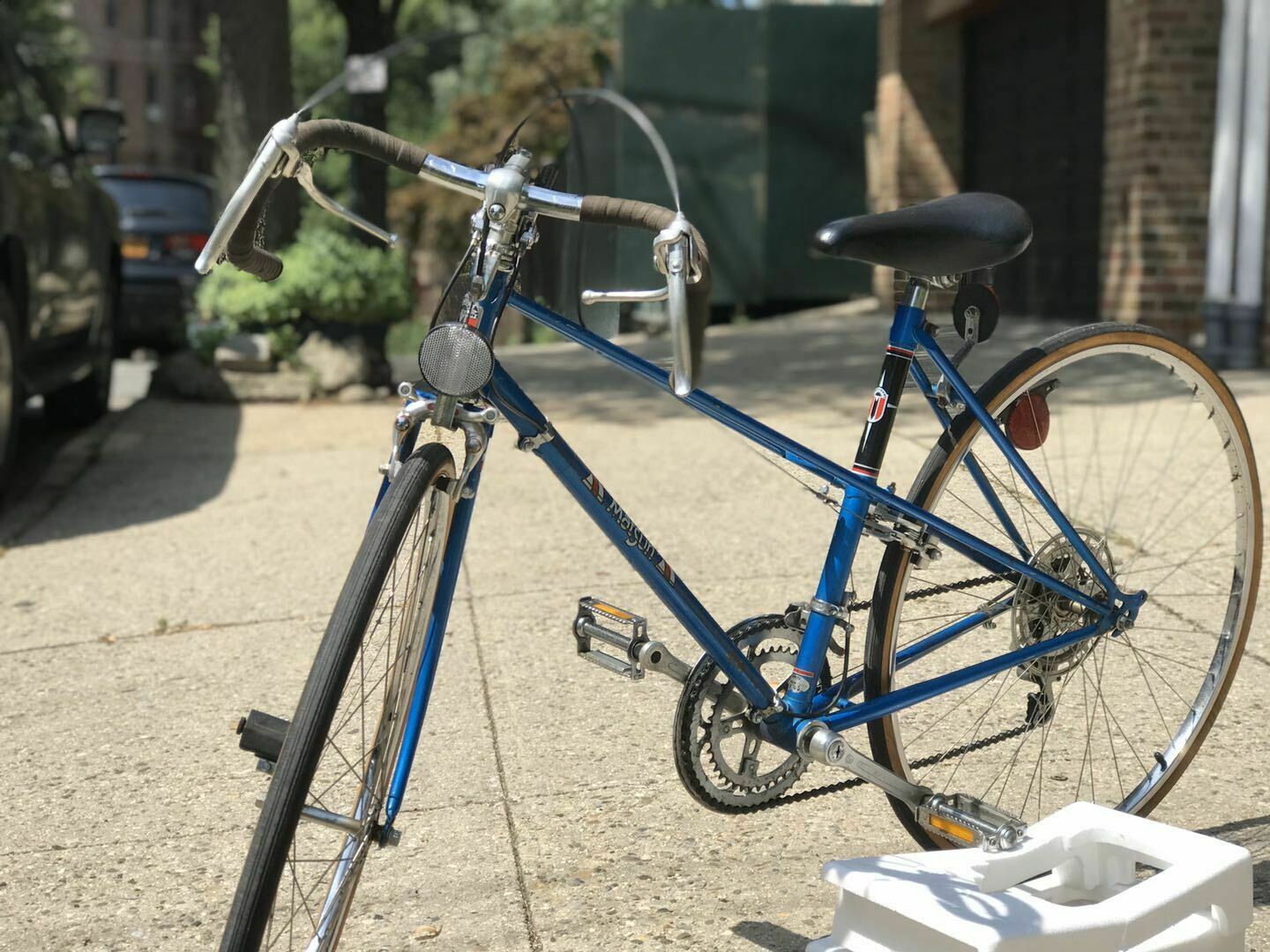 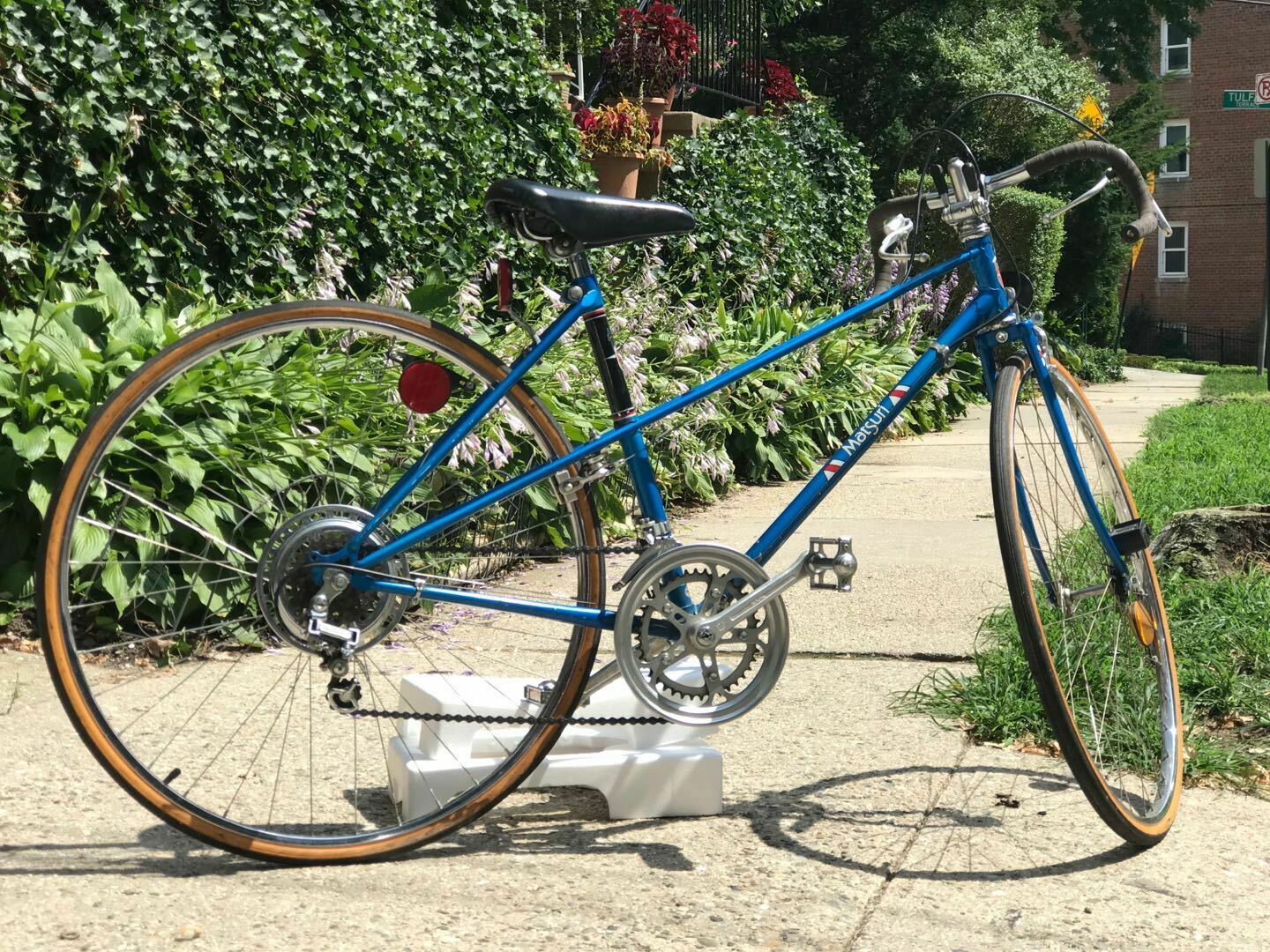 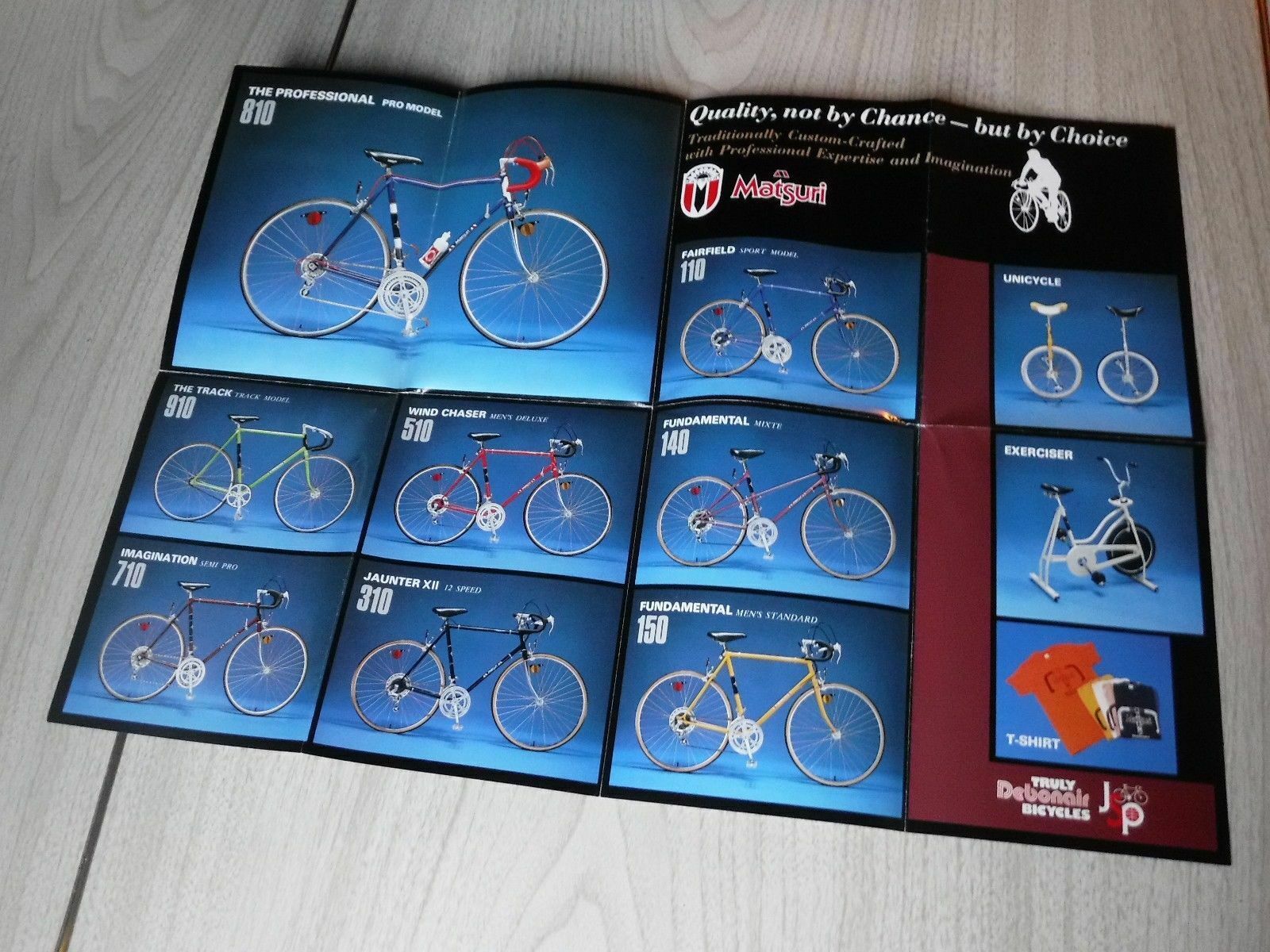 I'd rather be surfing!

Nissan is a major producer of bicycles in Japan.

Pretty much all of their productive capacity goes into the manufacture of private label/contract built bicycles.

Knowing that Yama brand bicycles (or at least some of them) are/were manfactured by Nissan is a step in the detective process.

It does not tell for whom Yama badged bicycles were manufactured however.

Here is a guide regarding the reading of Nissan serial numbers:

NISSAN (Japan YFxxxxxN based on limited size. All end with 'N', which is believed to represent Nissan Cycles, which appears on a sticker on some bicycles. The first alpha character appears to be the year with C = 1980.

Wow...that's a world of information for sure, I never thought I would learn half as much as you guys have found out....Nice! Here's a pic of the only other identifying mark I could locate...the die-strokes are not all strong enough to read but I think it reads RK U7771N. I will go out tomorrow and use a magnifier and better lighting and double-check. Still wonder about the Yama tie-in, I assume it's a brand of some sort but no worries, mystery solved...Thanks for all the info as it's interesting as all get-out...very cool, Thanks! 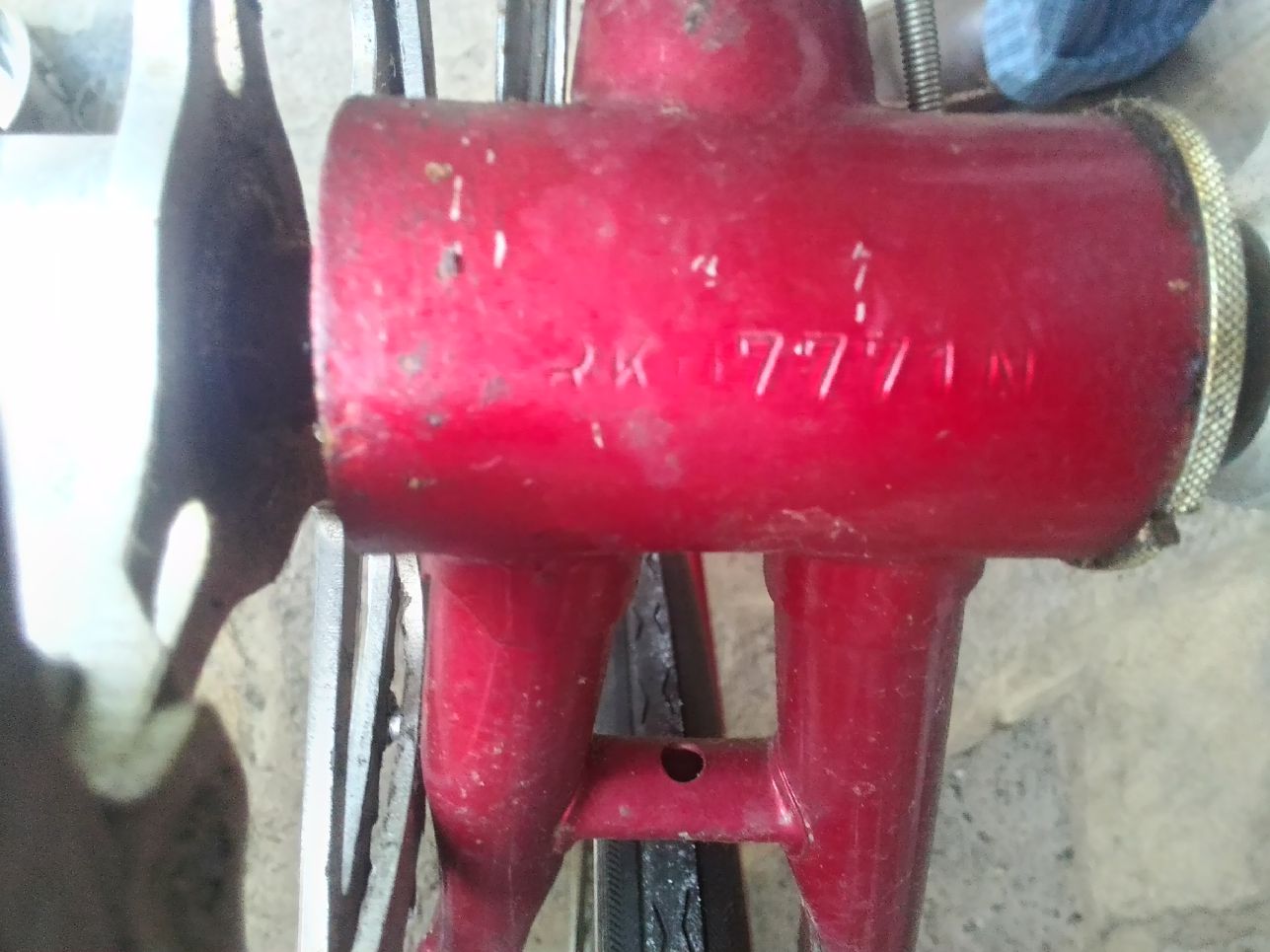 There is always the possibility that Nissan may own the YAMA marque but it is far more likely that it belongs to a distributor or chainstore in the U.S.

Nissan has likely produced cycles wearing hundreds of differing marques during their time of operation...

Should you wish to carry your investigations one step further you could check trademark registries to see who owns the Yama name for bicycles.

It might turn out for example that it was created by Yamaha to give their dealers a range of bicycles to sell. It if were a short-lieved endeavour this would explain the relative rarity of pedal cycles bearing the name...

Do not wish to assert that this is the case, mention it only as possible example...

Have you had one of those days?

trying to ID the year of my Imperial by Westfield