Any Revindell experts out there?

I was given 2 Rivendell bike recently and they are all new to me.
can anyone give some input 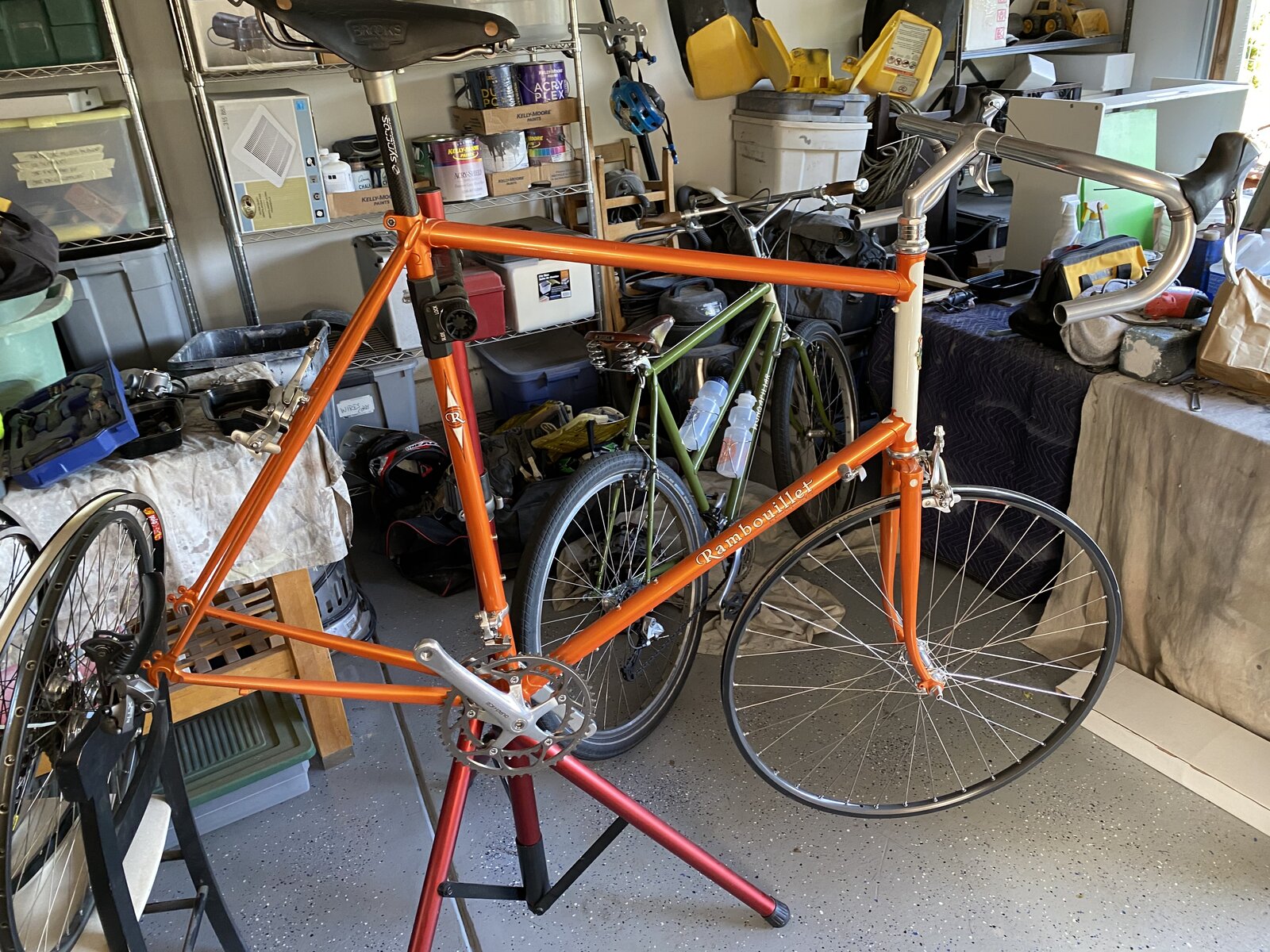 Damn that is one tall frame! @juvela

You are a very lucky person to be given those!
That Rambouillet is a very nice bike.
I've wanted one for years.

Thank you, it is a nice bicycle.....really tall. I cant seem to find much information about them.....

Grant is the owner of Rivendale and used to run Bridgestone when they were in the USA in the 1990s. No nonsense guy who sells very good bikes. Roger

I just got back from meeting Grant Peterson. Super nice guy.
He filled me in on the history and details of these bikes and a great resource for any parts I may need.

you were given a fortune in fine bicycles

LOVE the orange! The bike looks like it just came out of the box!!

The difference between The CABE and Bikeforums.net: Asking that question here has me answering as #10 over a period of nine days. Asking it at the other forum, we'd already be on page 12 of the comments, at least two members would be at the point that you never, ever put them within arm's reach of each other, and tempers are flaring. And it happens every time someone starts a thread on the brand.

As had been mentioned, Rivendell is the brainchild of Grant Peterson, one of the more important figures in the American lugged steel frame bicycle philosophy. In geometry, materials used, and intent, a Rivendell is, by design, as far away as you can get from a modern carbon fiber racing bike. And Grant's attitude in cycling is as far as you can get from the lycra-clad "Lance Armstrong" rider.

His bikes are excellent. And expensive. And desirable. At the Westminster, MD swap meet I've never seen one for sale for less than four figures. And, to a lot of owners, they're as much of a religious experience as they are a bicycle (the closest parallel I've seen is Brompton's among the folding bike crowd). There's a lot of philosophy behind them, if you're curious the website is rivbike.com.

Grant's currently on a new quest - rethinking the mountain bike, which in his eyes has degenerated to a pedal-powered motocross bike.