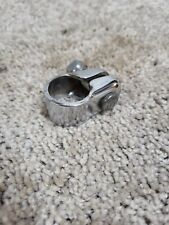 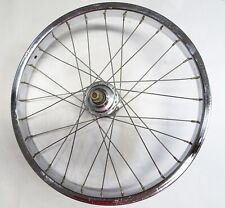 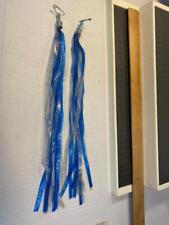 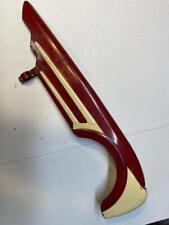 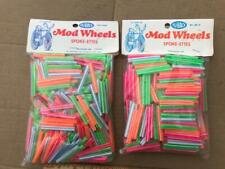 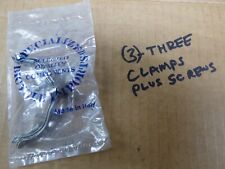 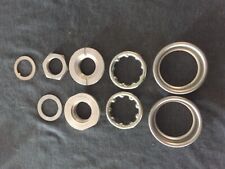 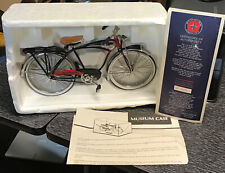 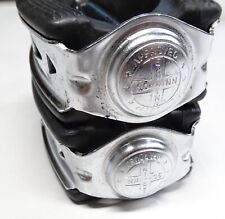 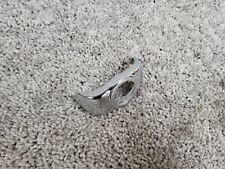 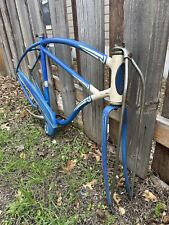 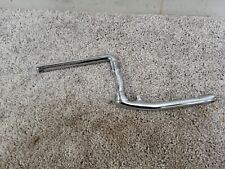 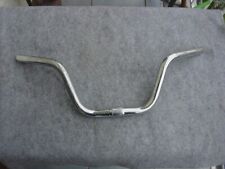 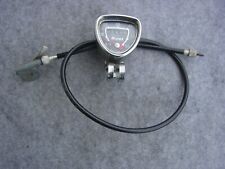 Things I've learned and done along the way to restoring bicycles:

The introduction of Vulcanite, also known as Ebonite or hard rubber, was the next phase in the evolution of plastics. Vulcanite is derived from natural rubber from India which is hardened through the addition of sulphur. It was formulated by Charles Goodyear in 1843.

FERRULES can be searched out from fishing maker's supply houses AND by finding old fishing rods for their parts. Ferrules for hard tire safeties with smaller tapering handlebars can be made from brass pipe solder-on caps by opening the closed end to the proper handlebar clearance diameter. These are found at plumbing parts houses, Home Depot, Lowe's, Menards's and local hardware stores. all these fittings can be nickle plated or buffed up to look great!

Black DELRIN plastic rod purchased from McMaster-Carr or a plastics supplier can also be used but does not have the surface hardness that Vulcanite does and will not polish up shiny black like Vulcanite was originally.

If hard to find wood is desired, try Tropical Exotic Hardwoods of Latin America in my home town of Carlsbad, California as they carry many species of rare woods. Try to talk to Mitch Talcove (the owner) as I know him from my being a founding member of the California Surf Museum in Oceanside, CA and he collects early wooden surfboards as well and this is how we met. Great guy and if he doesn't have it, he will find it. Their phone number is: (760) 434-3030

Moderator
can you share some pics of finished grips?

Sorry, the grips I made years ago are long gone on bicycles I sold. They look exactly the same as the original Vulcanite grips and have the same "feel".
The bowling ball material also lends itself well to making lathe turned knobs for STAR high wheel safeties for the end of the hand brake lever. I also made a knob for a 1884 Columbia three track adult tricycle that was mine and it turned out just as well. There is an article written by me titled "Reproducing missing brake lever and knob" for this tricycle in a Wheelmen Magazine published some years ago.
Mike Cates, CA.

Thank you for the suggestion Mike.

Thanks for this info.
If rare wood is not available, do you suppose elephant tusk ivory could work?
1

Sounds like a nasty, dusty, dangerous job. Cutting up the bowling ball that is. Poaching elephants as well.

Early high wheel bicycles had grips also made from Siamese Buffalo horn. Not something that would go over too well today.

Boris said:
Thanks for this info.
If rare wood is not available, do you suppose elephant tusk ivory could work?
Click to expand...

It might, but mammoth ivory is legally available and often has beautiful patterning due to it's age.

OldMarine said:
It might, but mammoth ivory is legally available and often has beautiful patterning due to it's age.
Click to expand...

I thought the Woolly Mammoth was an endangered species.
You must log in or register to reply here.

City stamp mark? Any one else have or verified this?
2

P
His and Hers Raleigh Sports 3 speed 1968 Metallic Gold