Show me your NON-BICYCLE bicycle parts.

Had sumac in the back yard of my first house, about ten feet into my lot line. I planted it, and about 10 years later, the neighbor behind me knocks on my back door and asks, "What the heck is that stuff you got growing in your back yard?" He was really pissed. He showed me where shoots of it were coming up in his yard, about 30 feet away from my sumac. The stuff does spread. I had a nice thick patch of it. Later that year, every bit of it died and never came back. I know for certain that he poisoned it. He was that kind of guy. I let it go, but I was pissed. He also bitched about the antique cars I kept. Constant complaining. I was working on a stockcar inside my garage, welding up the cage. He came over bitchen and I finally had enough and told him to stay away from me. Never bothered me again., but I know the little sneak killed my sumac. I mind my own business, but neighbors sometimes don't understand anything but baseball, football, and a perfect lawn. They need a hobby.

My custom 3 Speed shifter, made out of PVC pipe, threaded rod and a glass doorknob. It'll soon be on my 1962 Skyrider. Oh and the brass "13" tag I'm not sure what it's from but I liked it... 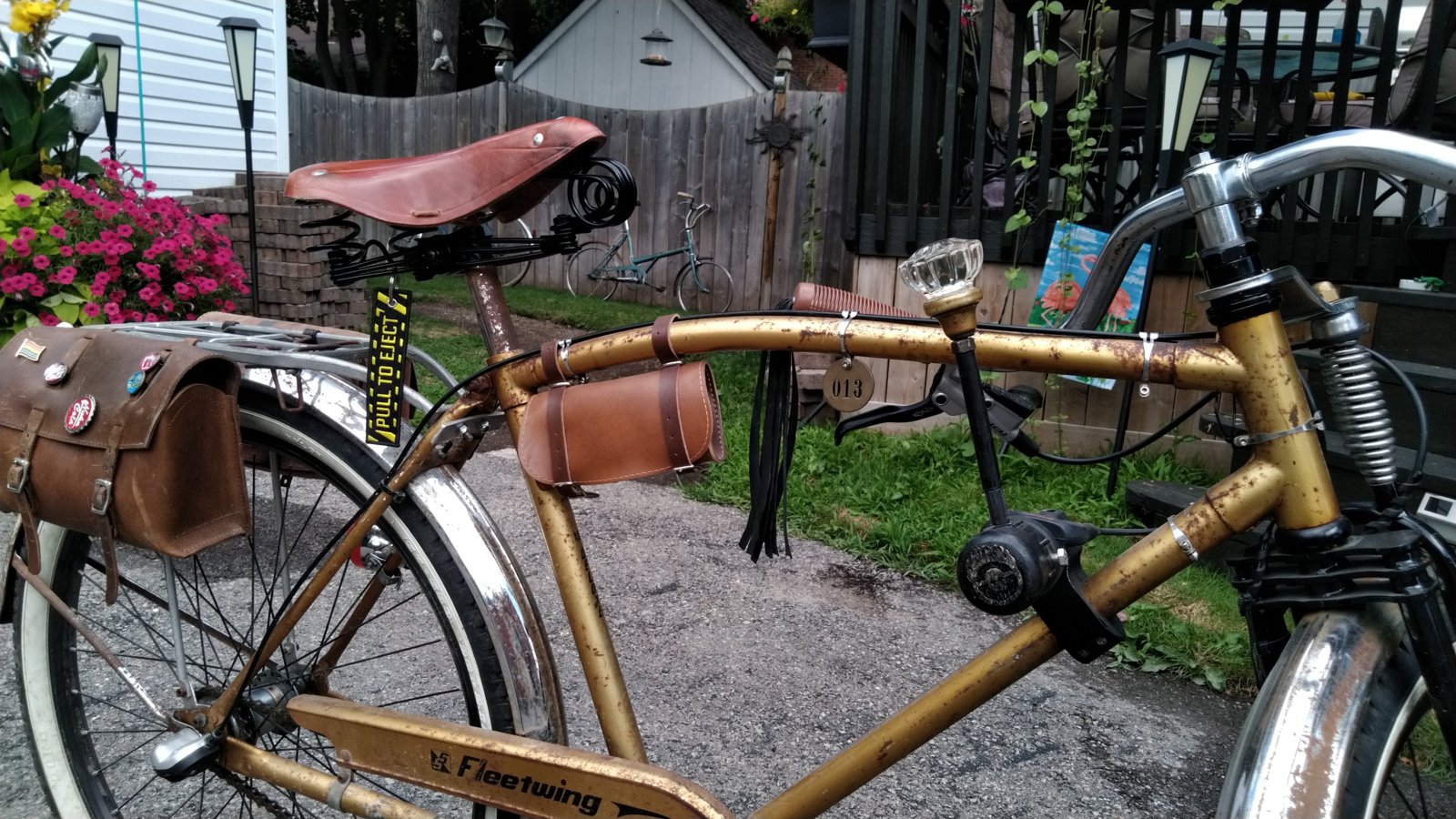 I had something witty to put here but, I don't recall what.
You must log in or register to reply here.