Just acquired this 1986 Scwhinn High Sierra in very nice condition. All original I believe minus the Belt leather saddle I tossed on to replace the cheapo saddle the original owner had on. 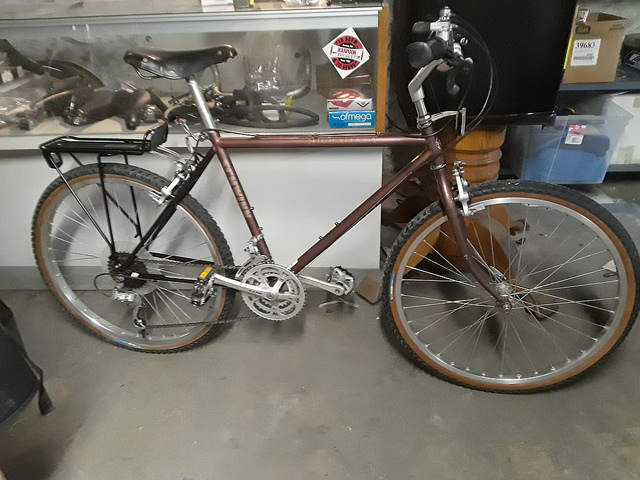 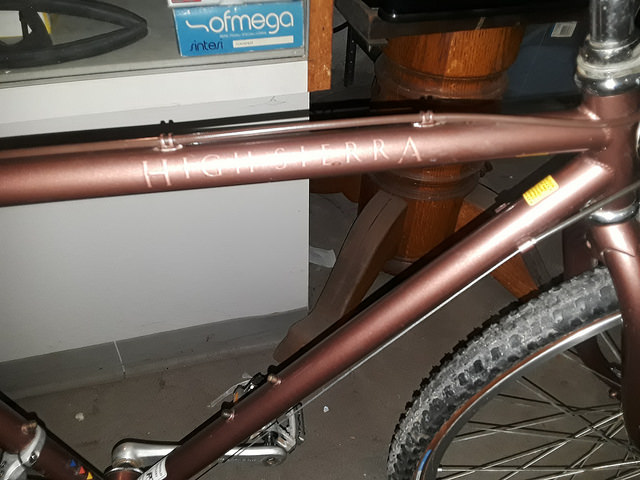 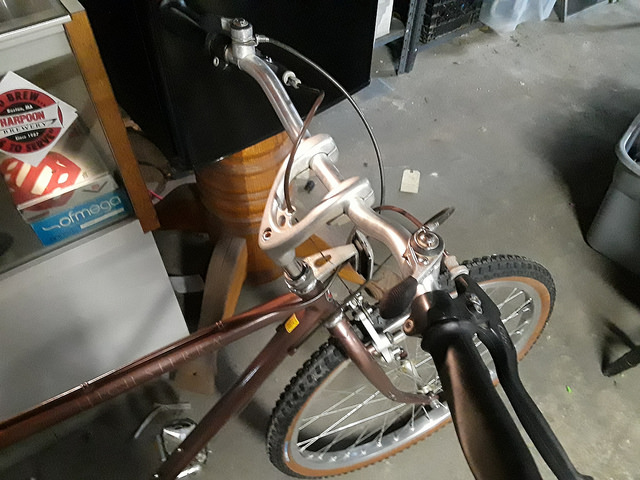 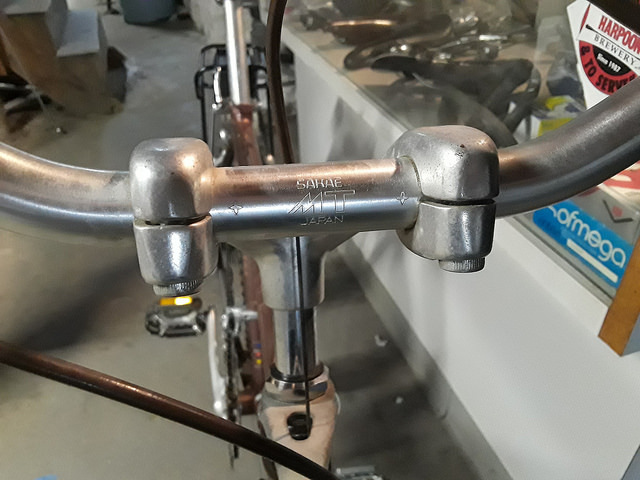 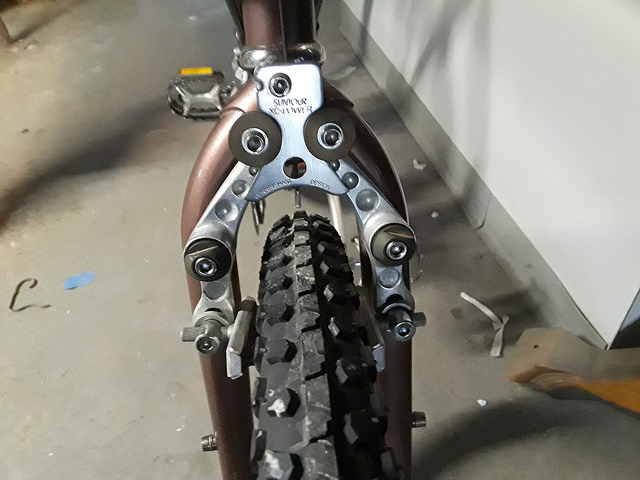 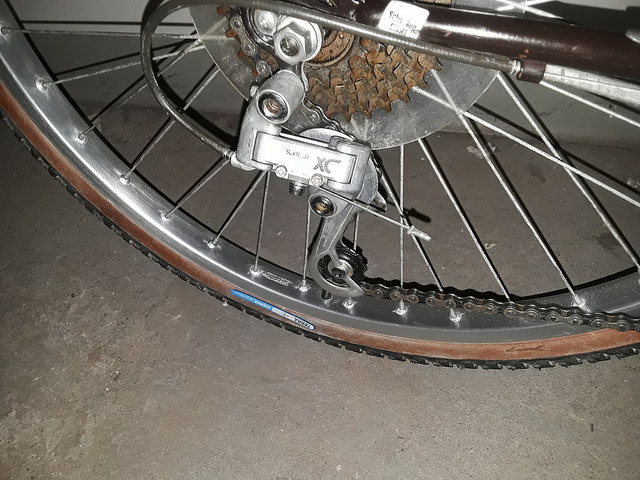 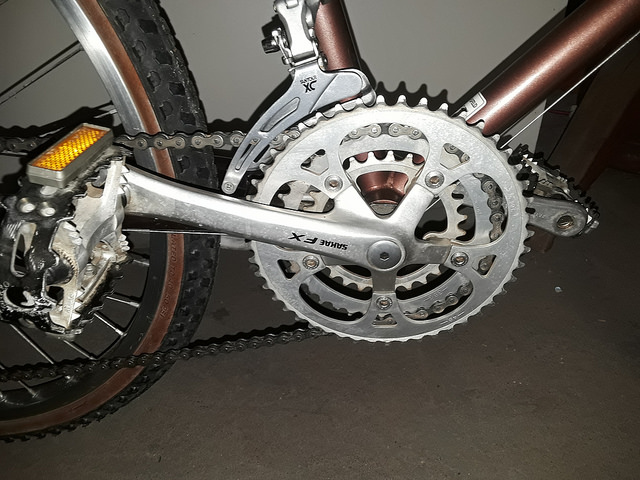 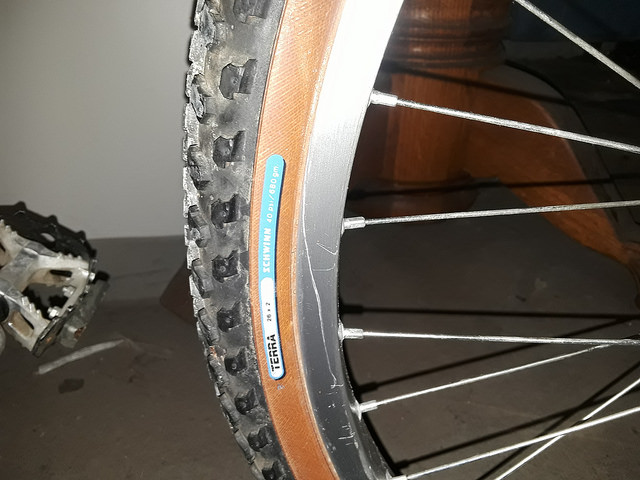 One of the guys I used to ride with often in the late 90's had this same bike but I think it was black with a lower angled stem. (Most likely replaced, as we were both pricepoint, and supergo junkies, and always looking for a small upgrade or to replace broken and worn out parts to get a edge on one another). He was always a bit more skilled of a rider than me, and riding with him pushed me to try things I wouldn't have attempted on my own.

He would absolutely destroy me in the technical sections, forcing me to try and catch back up in the flats where we were more equal. It always amazed me how fast he was through that stuff on a bike that did not have any suspension, (The guy almost never saw a drop that was too big, or a decline that was too steep, If a large tree stump was fallen over the trail, he would somehow pull a wheelie and hit it at full speed magically taking flight right over it). I often tried some of those larger ones, and I would also take flight but my flight was different as I would fly right over the handlebars. I was always told I wasn't hitting it fast enough to complete his maneuver.

The guy put a real beating on that frame for years, and it would just keep on going. I think every ride we ever had eventually turned into a race in the final miles that he would win 90% of the time.

I have tried occasionally over the last 10 years to get him back out biking, but after having a family and kids, he has given up on riding altogether. (He tells me he's fat and out of shape, and it wouldn't be the same). I think maybe he's just worried I might be able to beat him now, and he will not allow that to happen.

When your younger, it's always good to have a ridding partner that is just flat out better than you. I think that type of competition is the fastest way to increase your own skill set.

I told this story in another thread, but one day we went out and I cracked my frame, and he was laughing at me. The very next time we went out he crashed into a tree and took out his frame. So I finally got my rare opportunity to return the hazing comments I often received. We both destroyed our bikes within a week after ridding for years together. After our accidents I purchased a Trek 930, and he got a Gary Fisher.

I agree with a previous poster "Cool Brakes", I like the new seat too. If its a brooks I use the same one on one of my hard-tail mountain bikes. I also like the color of the frame, it looks good.

That's a good story I was like to find people who appreciate the early MTBs. The bike is actually too small for me so I am gonna be selling it in the future if it was a 21" frame it would definatly be a keeper. The leather saddle is actually a Japanese saddle called Belt which was similar to Brooks back in the day.
S 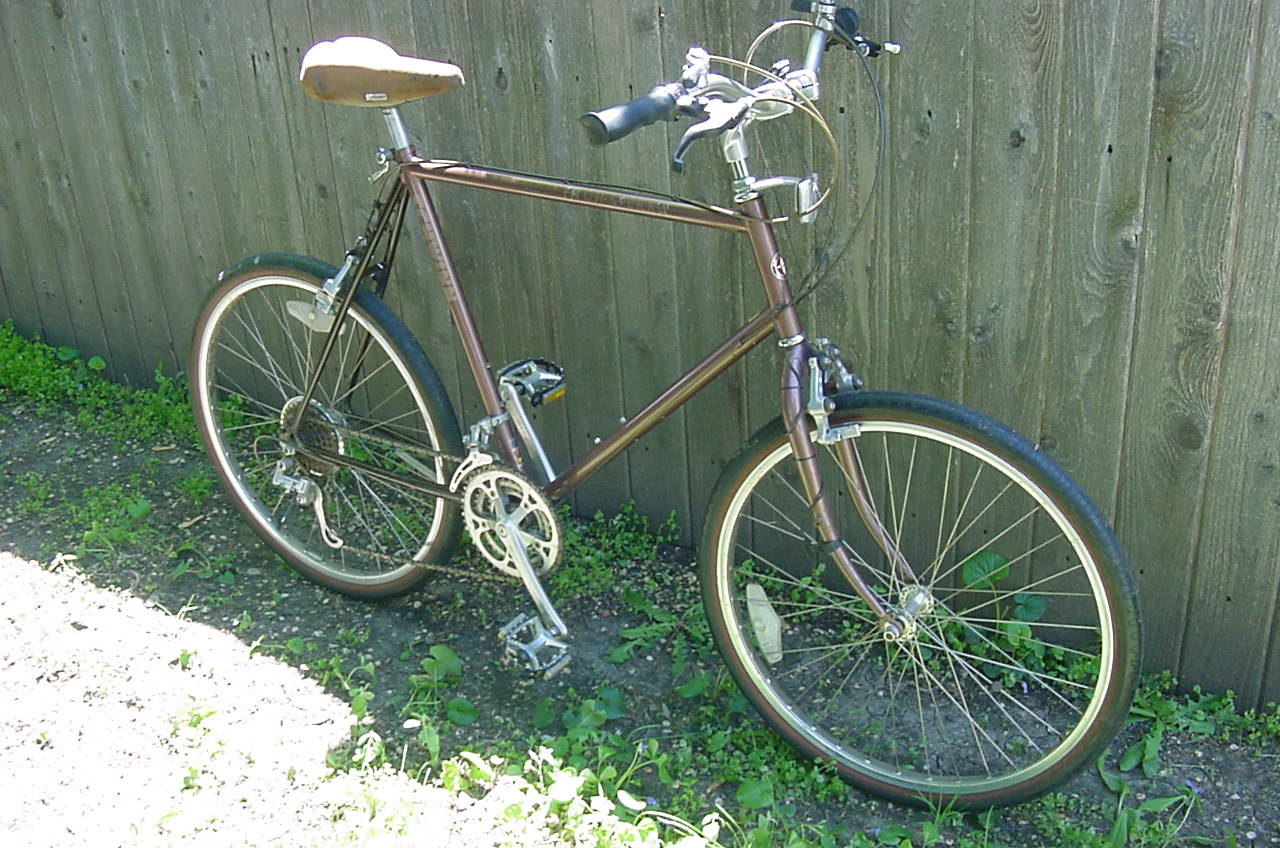 You must log in or register to reply here.
This ad goes away when you register for an account!