Perhaps my last thread before being banned from the CABE

In my quest for a definitive answer, I have been posting the same question(s), with slight variations, so as to avoid the ire of those kind souls who’ve attempted to help me.

Backstory: like many here, I have spent a significant amount of time and resources on research and parts accumulation to accurately build up my prewar DX.
Mine appears to be either a 1940 or 1941 model.
My problem with this build is there are significant differences between the two years ( as I understand it ) for both parts and paint motif.

At the risk of becoming the most redundant ( read: “most insufferable, annoying, etc.” ) poster on the CABE; I am now going to pose these questions “one last time” in my search for the bottom line.

Attached below are screen captures of two
separate Schwinn serial number/date charts. One was submitted by a CABE member some years back, the other from BicycleChronicles.

My DX’s serial number is F42865 ( it has a notched seatpost clamp ) which
would place it as either a ‘40 or ‘41 depending on which chart one refers to.

So my questions to the most knowledgeable among you :

- Contingent on the answer to the above:
Which is the correct chain guard; the short, unbranded version, or the long version, with the Schwinn decal, that extends beyond the seat stay ?

- Also contingent on the first question; would this bike have the “spear point “ paint scheme? Or the later “fireball” paint scheme ? 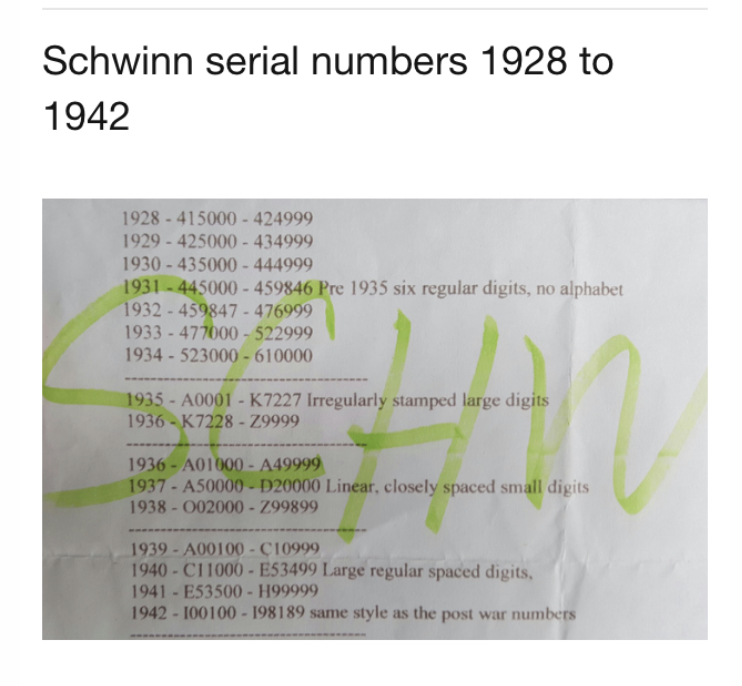 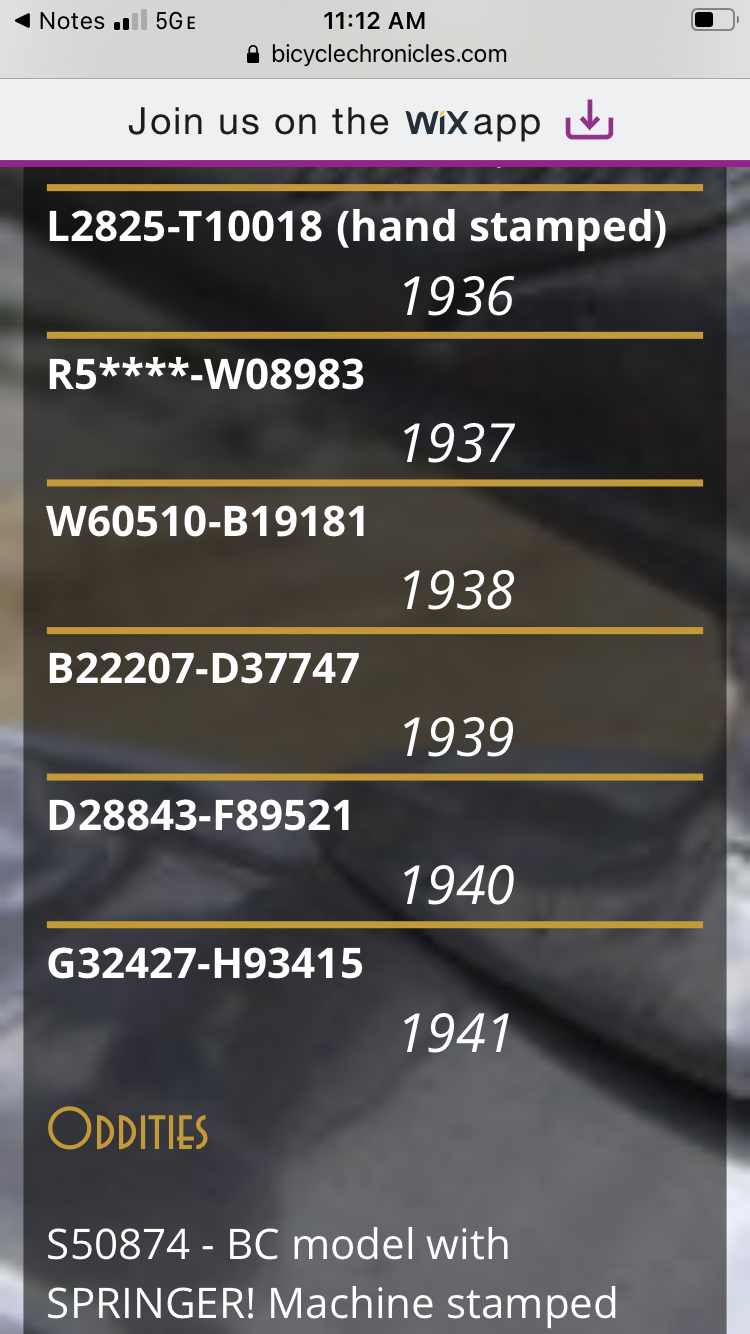 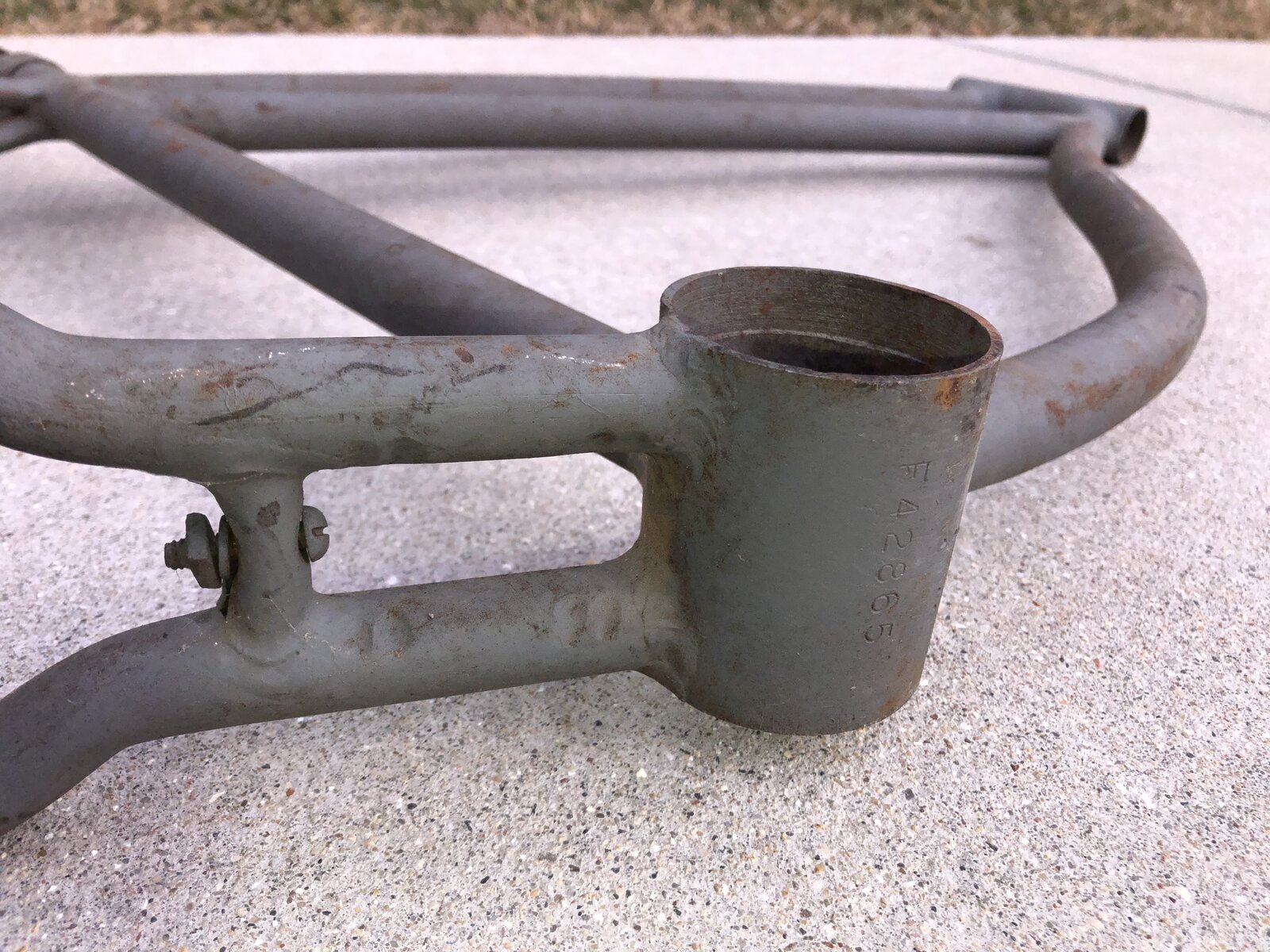 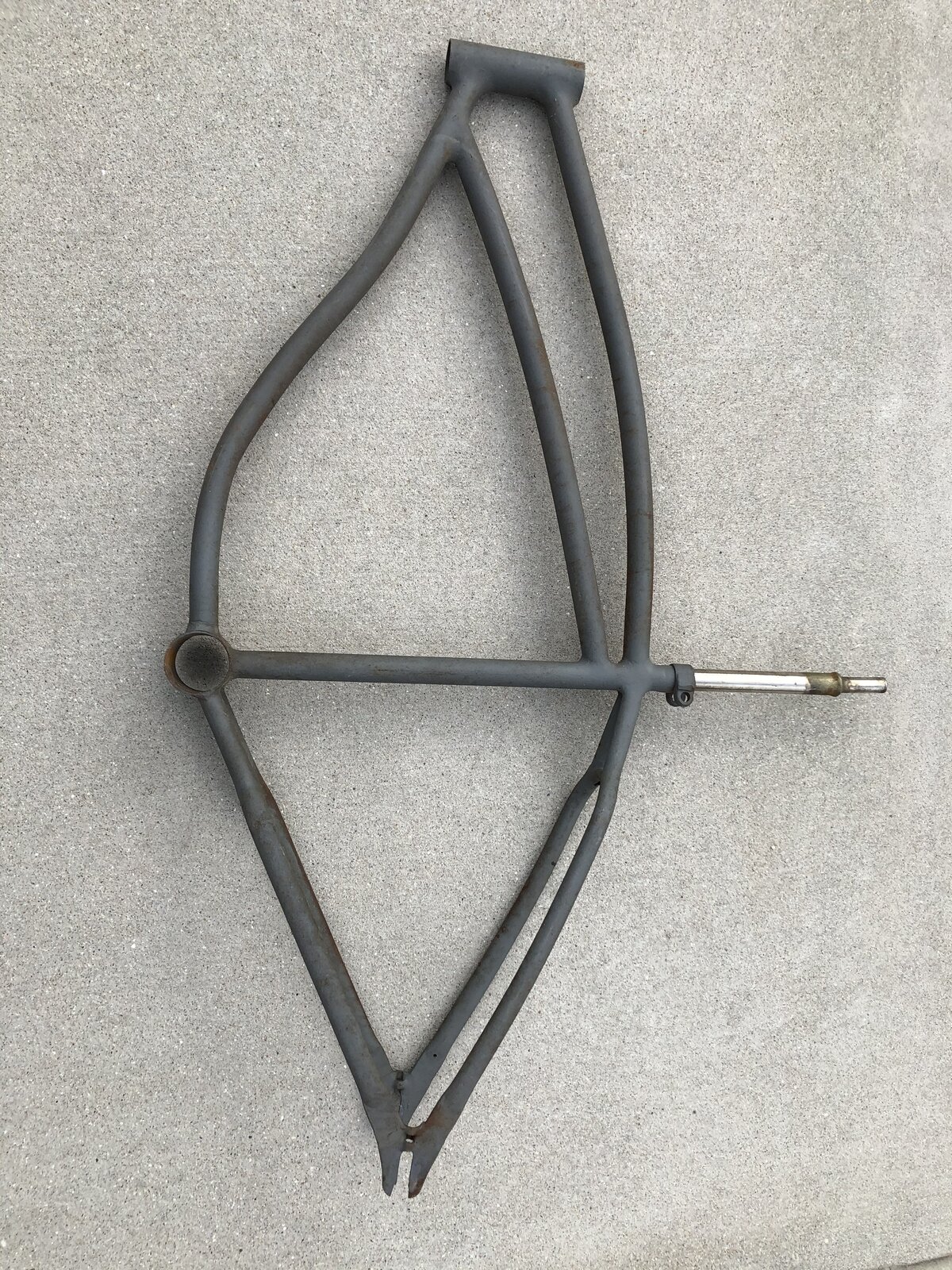 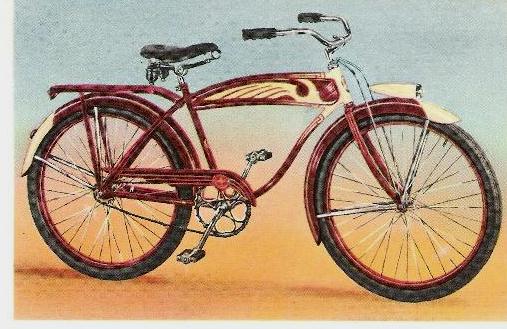 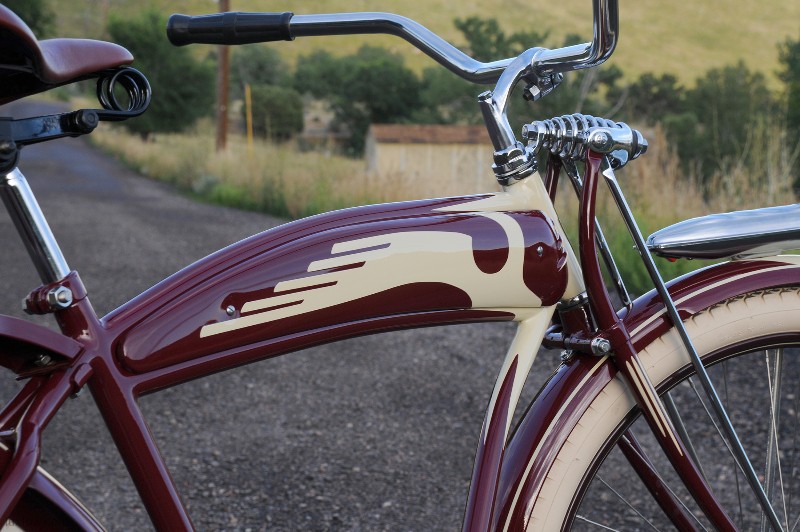 Well, that outta do it. Please, be gentle...

Definitely not getting banned for this Mack. I really want to say the first image is the correct paint scheme and the second one is a modified version from luxlow judging by the background, just my 2 cents worth.

I’m going to go with 41;
Fireball paint scheme with painted short feather guard.
The painted feather guards had the flat profile on the top surface, whereas the chrome type has the arched or rounded top surface.

Self Correction : My question ( according to the two date charts ) was meant to be

Look inside your seat tube for a build sheet. I doubt you'll find one as it looks like the frame was completely stripped but you never know.

I say first paint scheme and '41. I know you didn't ask this but maroon also.

bloo said:
Look inside your seat tube for a build sheet. I doubt you'll find one as it looks like the frame was completely stripped but you never know.
Click to expand...

I wonder how many folks have discovered their build sheet in there ?

Welp... you learn something new every day!

Thanks !
You must log in or register to reply here.

The Schwinn Dixie Dreamcycle: My Entry for the 16th Annual Rat Rod Bikes Build Off
2 3

Schwinn double diamond 100% Made in the USA BMX cruiser