I heard mine was in similar condition when first found.

It seems like they all are.
They would get the prize for the most abused, by make and model.

Mine smells like a barnyard the cups were spinning around so the last owner just gave everything a glob of good god knows what kind of smelly grease tightened everything up and gave it a tack weld to hold it all together for good measure. Then said individual proceeded to jump canyons till the spring of '45 until it broke again I suppose...

The nature of the back alley repairs and pattern of abuse suggest somewhat of a desperation and psychosis on the part of the original owner... Sound familliar?

It's probably some fault of Monark that they touted that it was the strongest frame ever built yet LOL!

Another one popped up. Also equipped with aluminum bars 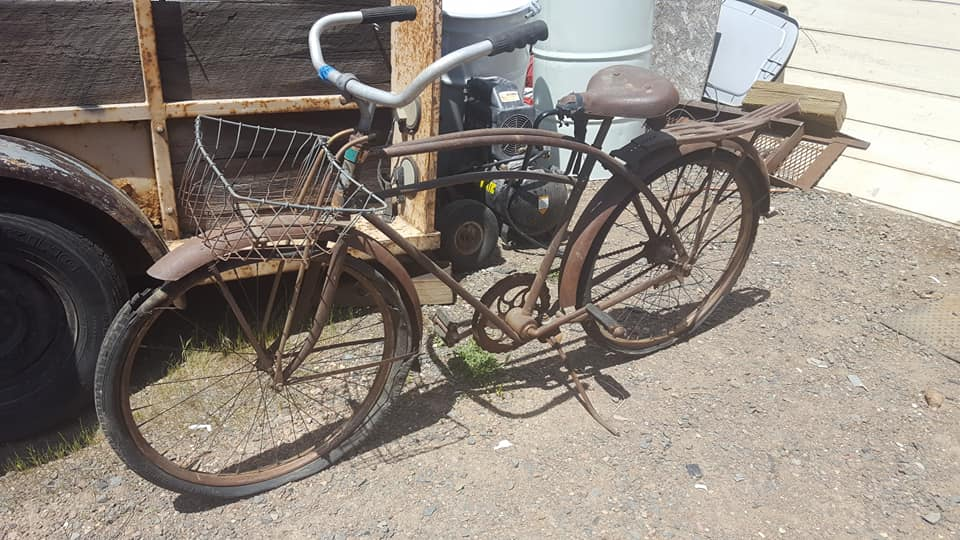 Man!
Those bars are glowing compared to the typically as found patina of these HTB’s.
No mistaking those for anything but aluminum.
Nice find!
Congrats to the new owner.
Last edited: Jun 11, 2019

Probably another reason why these supposedly strongest ever bikes survived in such small numbers...

That looks like a deadly combo teamed up with the break-away Torrington Deco alloy stem!!
Last edited: Jun 11, 2019

cyclingday said:
It seems like they all are.
They would get the prize for the most abused, by make and model.
Click to expand...


Isn’t that the truth 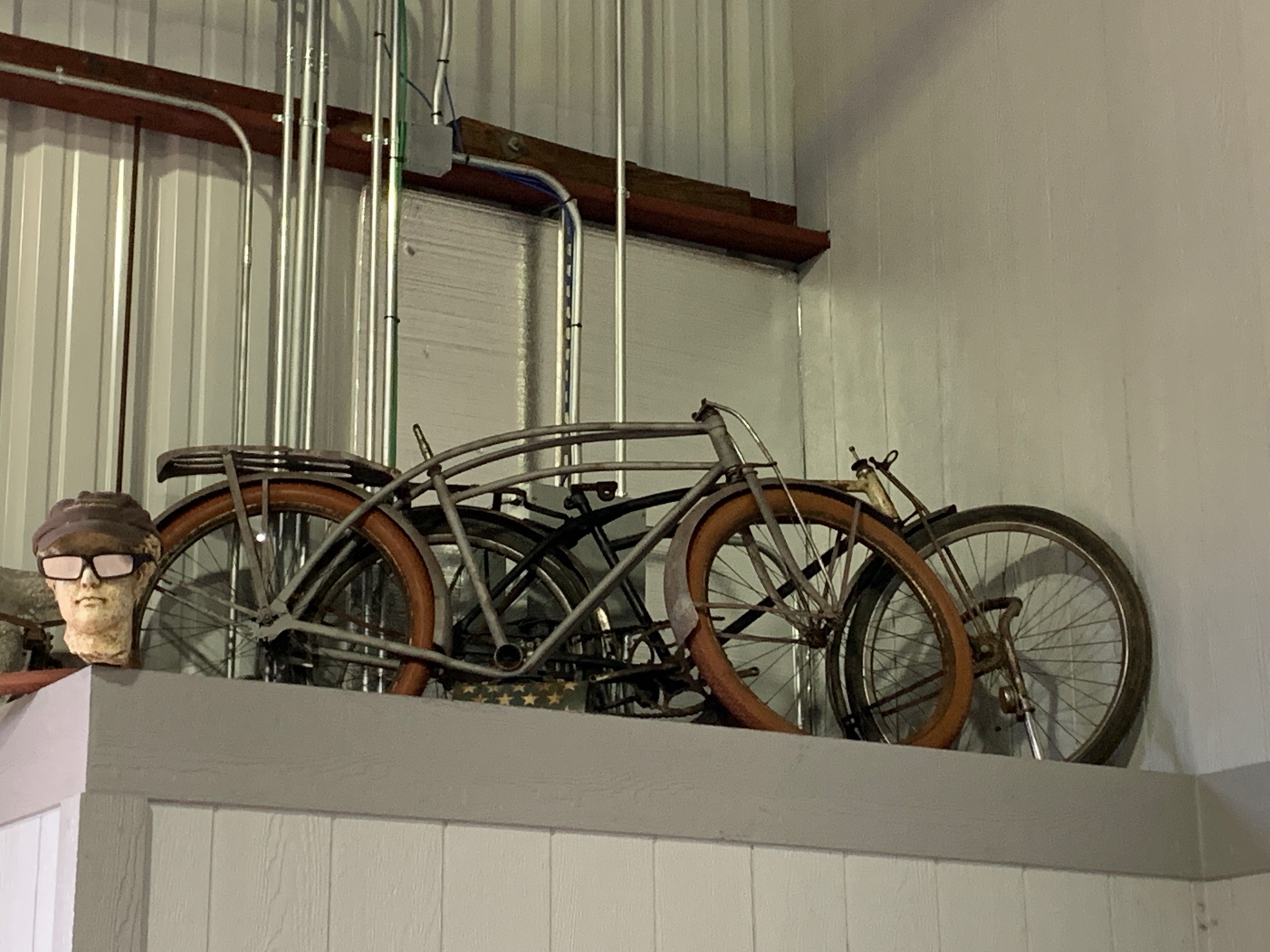 kingfish254 said:
I have started building out my Hawthorne Twin Bar (5 bar) for the Rat Rod Bikes Build Off #9. The build name is starsNbars and it will have a custom made sandwiched girder springer fork.
http://www.ratrodbikes.com/forum/index.php?threads/★-starsnbars-★-38-hawthorne-twin-bar-5-bar-with-sammich-girvin-girder-fork-☠.83243/
Click to expand...

Man that is one cool build. The ladies tank and the kickstand were awesome. Lots of thought and work must have went into the suspension and light and really the whole bike.

Missed this one. Wonder if the blue under the gold repaint is original? Cool bars too 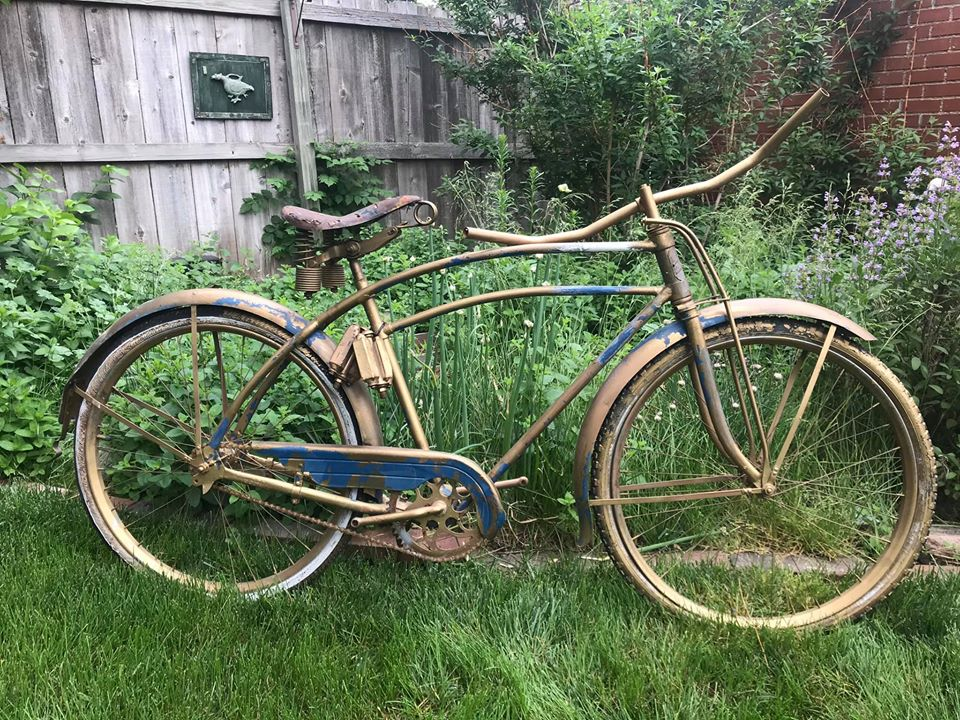